Since I first reported on leaked information that American military leaders were expecting an attack from seven different areas/sources, more information has come to light. First, elements of the following scenarios have been repetitively practiced at the Naval War College. In each instance, America loses, badly. Here is an update on newly acquired information which has added to our understanding of what is coming and our military leaders know it, while the Obama administration, and presumably a future Clinton administration will be the first American administration to surrender the country to a foreign power and you Democrats still want to vote for her? Why do you think the globalists are throwing everything behind her? They want a piece of the America pie. Well, Bye, Bye, Miss American Pie, the game is nearly over.

When Russian led and backed forces attack the United States, the attack will come as the result of a seven-pronged strategy and it will involve multiple allies.

What I have learned is that the Naval War College has practiced each one of these scenarios, multiple times, since I first reported on these scenarios. In every case, America becomes Amerika. In other words, surrender is the only option in order to avoid complete annihilation. Here are the seven different fronts from which Russia and her allies will launch an all out attack, which will make use of limited EMP attacks and tactical nuclear weapons.

1. The Alaskan Front will see the Russians attacking the lower 48 from Alaska after our most northern state is quickly overwhelmed.

2. The Central American Front will witness a conglomeration of 33 Central and South American states (i.e. CELAC) which will combine military strike forces, backed by Russian military supplies, weapons, technology and strategy. These forces will push north through Central America and will attack America from the south.

3. The Southeastern Front will witness an amphibious invasion following the successes of the first two fronts in which major American military assets will be deployed away from  the Southeast to defend against the scissors attack from America’s Northwest and the Southwest.

4. In a secondary and delayed attack, Chinese forces embedded in American ports (e.g. Long Beach), who have entered the country in cargo ships, will be unleashed to attack key military bases in California. At the same time, Chinese soldiers, who are embedded in the Sierra Madras will join forces with the Latin American forces as they sweep northward through Mexico and will dramatically burst through the border and then fan out to the north, west and east.

6. Russian forces will come out of the Arctic and sweep down through Canada and will attack the U.S. through Minnesota. This will allow the Russian led forces to cut the United States in half at the Mississippi River.

7. The lights will be turned out in the East, and will be particularly centered on the Eastern seaboard.

In part one of this series, written years ago, I detailed the disabling of Alaskan defenses and the buildup of Russian troops on the border and in Alaska was presented along with the presence of Russian “Fifth Column” forces.

It is difficult to imagine that when American soldiers pursue our self-created boogey man, ISIS, into Syria, that Russia will not immediately retaliate by attacking Alaska. My deep background sources have concluded the Battle for Alaska will be over in hours/days as Russian forces will cut through Alaska, with the help of pre-positioned assets, like a hot knife through butter. Within just a few short days, British Columbia, Washington, Montana and Oregon will be imperiled.

For example, on Saturday, October 15th, air space was cleared in Montana as part of a drill to prepare to launch ICBM’s to both Russia and China. 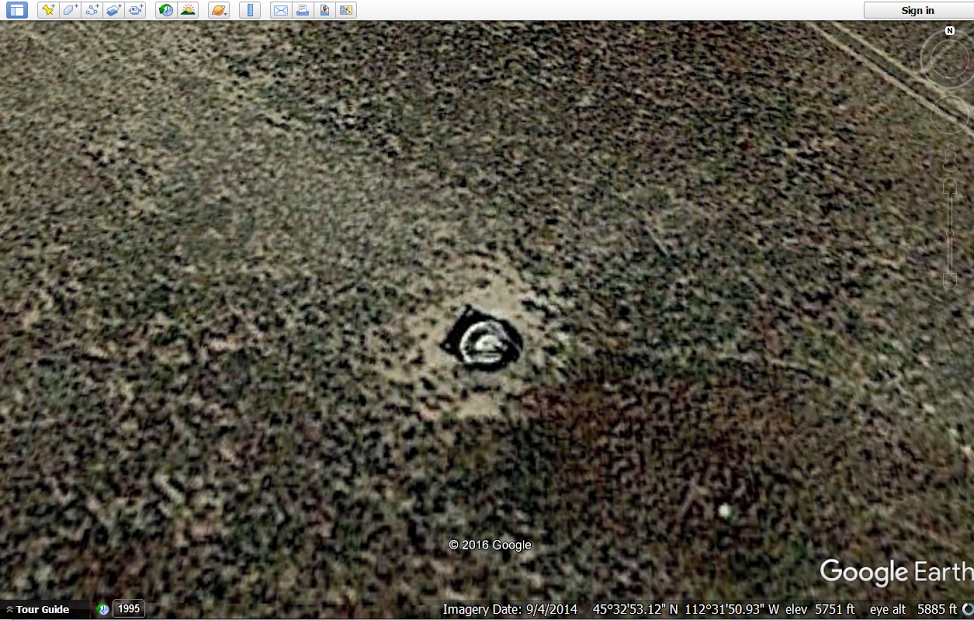 These were the coordinates which correspond with the no-fly zones imposed on Saturday. The thinly veiled cover story was that these locations in Montana were launching rockets in support of a NASA space mission. This is a laughable excuse.

Phase Two: The Invasion from Central and South America

While we slept, Obama alienated all of our allies in Latin America. Former Secretary of State Clinton took actions that led to the humanitarian crisis in Venezuela. The President of Bolivia’s plane was forced to land by American jets, because they thought Ed Snowden was on board (please note: This was an act of war). And of course, we know the fate of Hugo Chavez stemming from his defiance to this administration’s imperialism and his “El Diablo” comments directed at several American leaders, most notably, George Bush.

The 33 Central and South American nation organization known as CELAC are combining forces and will form the vanguard of an attacking Army moving north and entering the United States through Mexico.