Time To Make Your Final Preparations

Will the next World War be fought by cyber attacks, which could send us back to the dark ages, or will our psychopathic globalist leaders, that continue to push for a world war, do the unthinkable and drag us all into a nuclear World War III?

While liberal pundits are quick to criticize other countries with state-controlled media, what they neglect to tell their readers/viewers is that the American mainstream press is nothing more than Washington’s mouth-piece these days, where supposed “leaks” allow them to control the narrative and push the message Washington wants as their official line.

Current and former officials with direct knowledge of the situation say the CIA has been asked to deliver options to the White House for a wide-ranging “clandestine” cyber operation designed to harass and “embarrass” the Kremlin leadership.

Clandestine – characterized by, done in, or executed with secrecy or concealment, especially for purposes of subversion or deception; private or surreptitious

Real big secret when intelligence officials are announcing it to the MSM, as well as providing direct quotes from the Vice President of the United States,  that the U.S. will be “sending a message,” and openly admitting they hope the American people will not know the message was sent.

A couple important points here: 1.) Both Russia and Wikileaks have denied that Russia was behind the recent emails leaks that have been damaging to Hillary Clinton and the Obama administration, yet Washington has continued to push the narrative that Russia is to blame. 2.) Whether Russia was behind the hacking or not, the fact that they are denying it means they are not openly attacking, unlike the U.S. who in effect has just openly announced plans to attack Russia.

Make no mistake, this deliberate leak about U.S. plans to ‘covertly’ attack Russia is a de-facto declaration of war, without having to go through the proper channels where Congress would have to authorize it. 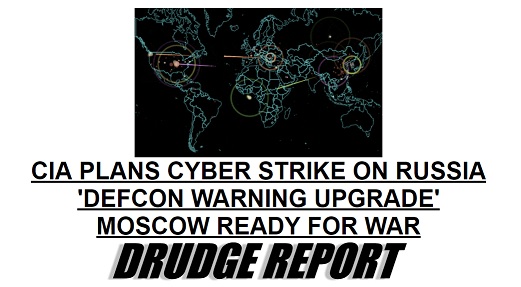 TIME TO MAKE OUR FINAL PREPARATIONS

Experts have warned that an attack against our nation’s power grid, whether a physical attack, a natural EMP, or a cyber attack, could very well send us back to the dark ages, as could nuclear war.

In an article highlighted by Steve Quayle yesterday, we see a statement everyone should pay serious attention to. While the whole article is a must-read, the specific quote I am referring to is shown below:

Others have chided me for talking about “war” yet not spelling out what it really means. War, and any nuclear exchange will mean your “life is over”. Americans located at ground zero will be the lucky ones as the survivors will die a slow death either from radiation or starvation. Do not fool yourself, the U.S. is broke, the aftermath of any exchange will leave the U.S. isolated and shut off from credit. The world will no longer accept dollars for trade and our trade deficit will no longer see containers of goods dropped off in exchange for dollars. “Distribution” will also break down with our financial markets, “goods” will not make it to store shelves and banks holding worthless dollars will not allow you access as their doors will be shut. Simply put, unless you can survive a world that goes back to 1900 and earlier, you will not survive. Ask yourself this, can today’s pampered population survive if I-phones and internet do not exist? It is a very hard hitting realism but understanding how far we have strayed from “self sufficiency” is an important concept to understand.

We also have to wonder about the timing of the NBC News report basically announcing to the world that when a cyber attack hits Russia the U.S. will have been behind it, knowing full well that if it happens Russia will retaliate in kind, just as Obama signs an Executive Order on Extreme Space Weather events, which just happens to speak of the disabling of “large portions of the electrical power grid, resulting in cascading failures that would affect key services such as water supply, healthcare, and transportation.”

Ladies and gentlemen it is time to ask yourselves a question: “Could you survive right now if we were thrown back to the dark ages?”

Whether from a cyber attack on the power grid, a natural EMP, or after a nuclear attack upon our major cities (excluding a nuke hit in your immediate location)… could you survive with the cash you have on hand, which wouldn’t be useful for long? Do you have enough food, water, medical supplies, barter and trade items? Do you have your bug-out plan already mapped, knowing major highways will be unusable and jammed up?

This morning a reader ask a couple perceptive questions in the comment section, about whether we have heard anything on the banking industry or bank holidays, stating after my response that she wanted to know whether she should be doing her last big store run.

By the time the answers to those questions become apparent, it will be too late… Period. Stop. 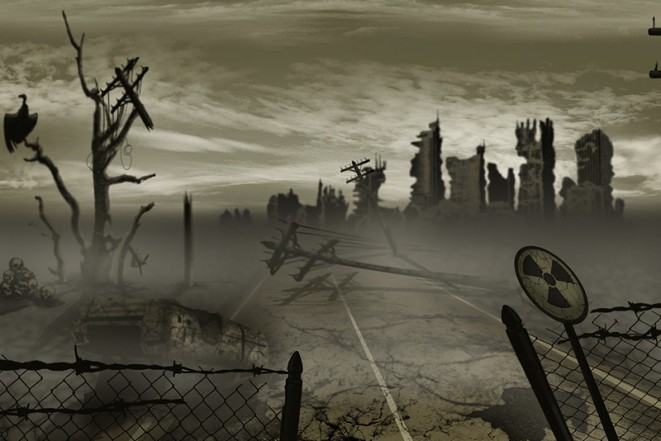 Encouraging people to be prepared is a message of hope because there is no downside. If by some miracle the psychopaths in charge manage to pull back from the point of no return and absolutely nothing happens, no cyber attack, no nuclear bombs dropped, no war or even any type of natural disaster…. extra food will get eaten, water will be drunk, medical supplies should always be on hand anyway, and all items that can be used for bartering and trading will be useful for years to come.

As always, readers are encouraged to share ideas, links, videos and prepping and survival tips, in the comment section below, because as you can see in the following videos, it seems no one is trying to apply the brakes as world leaders continue to barrel towards World War III.