While ANP tries our very best to stay away from the kind of ‘juvenile journalism’ recently put on display by the Washington Post in unearthing the recent Donald Trump tape from 2005 that has much of America talking, we’ve personally been asked if we will continue to back Donald Trump in his run for presidency now that an 11-year old video has been unearthed.

While Trump’s comments might seem shocking to some, ‘sex talk’ certainly falls MANY levels below that of murder, war crimes and treason committed by Bill and Hillary Clinton in terms of severity. With Hollywood’s pedophiles and satanists now aligning behind Clinton and her own team showing hypocrisy beyond the pale, Americans should ask all of the women who Trump has been accused of attempting to seduce if they were ‘willing victims’.

We surely haven’t heard ANYONE coming out accusing Trump of sexual assault upon them like Juanita Broaddrick, Jennifer Flowers, Kathleen Willey and Paula Jones have accused Trump’s opponents husband of who inhabited the White House for 8 years. In fact, according to this story from Heavy, 17 women have accused Bill Clinton of rape, sexual assault and unwanted sexual advances upon them. 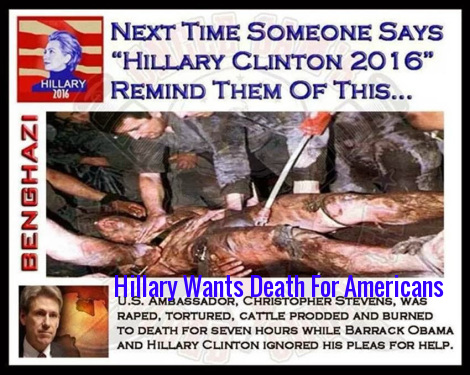 Did Clinton and the globalists launch this latest attack upon Trump to take the world’s eyes off of their HUGE list of war crimes, crimes against humanity, and crimes against the American people? If this was their ‘October surprise’ for Trump, it’s about to blow up in their faces. In the final video below we hear directly from Juanita Broaddrick who tells us about Bill Clinton’s rape of her and how Hillary relentlessly attacked her thereafter.

As we’re told in this new story from Yahoo News, leaders of Conservative religious groups are largely standing behind Trump and focusing on defeating Hillary and if anybody thinks that what Trump said 11 years ago will change our opinion of who WE feel we need leading America into 2020, you’re about to be greatly disappointed.

While there are probably a thousand reasons why I’ll continue to support Trump over an evil war criminal with a body count stretching back at least to the 1980’s, Susan Duclos felt it best that she made her views known to the world and did so in the comment republished below in a response to ANP reader PROUD:

WE aren’t laying down PROUD…. weight her crimes, her attacking a 12 yr old rape victim then LAUGHING as she spoke of his passing a lie detector, Benghazi, her email server, the body count, and attacking victims Bill Clinton abused…. then compare that to what amounts to crude locker room talk….. hmmmmmmmmmmmmmm should be a no brainer.

In fact, with the kid gloves now off, we’ll agree 100% with the creator of the Dilbert cartoon Scott Adams who has been following this race from his very interesting standpoint of being a master hypnotist who recently stated after this ‘high school’ level scandal broke: “I assume that publication of this recording was okayed by the Clinton campaign. And if not, the public will assume so anyway. That opens the door for Trump to attack in a proportionate way. No more mister-nice-guy. Gloves are off. Nothing is out of bounds. It is fair to assume that Bill and Hillary are about to experience the worst weeks of their lives.” 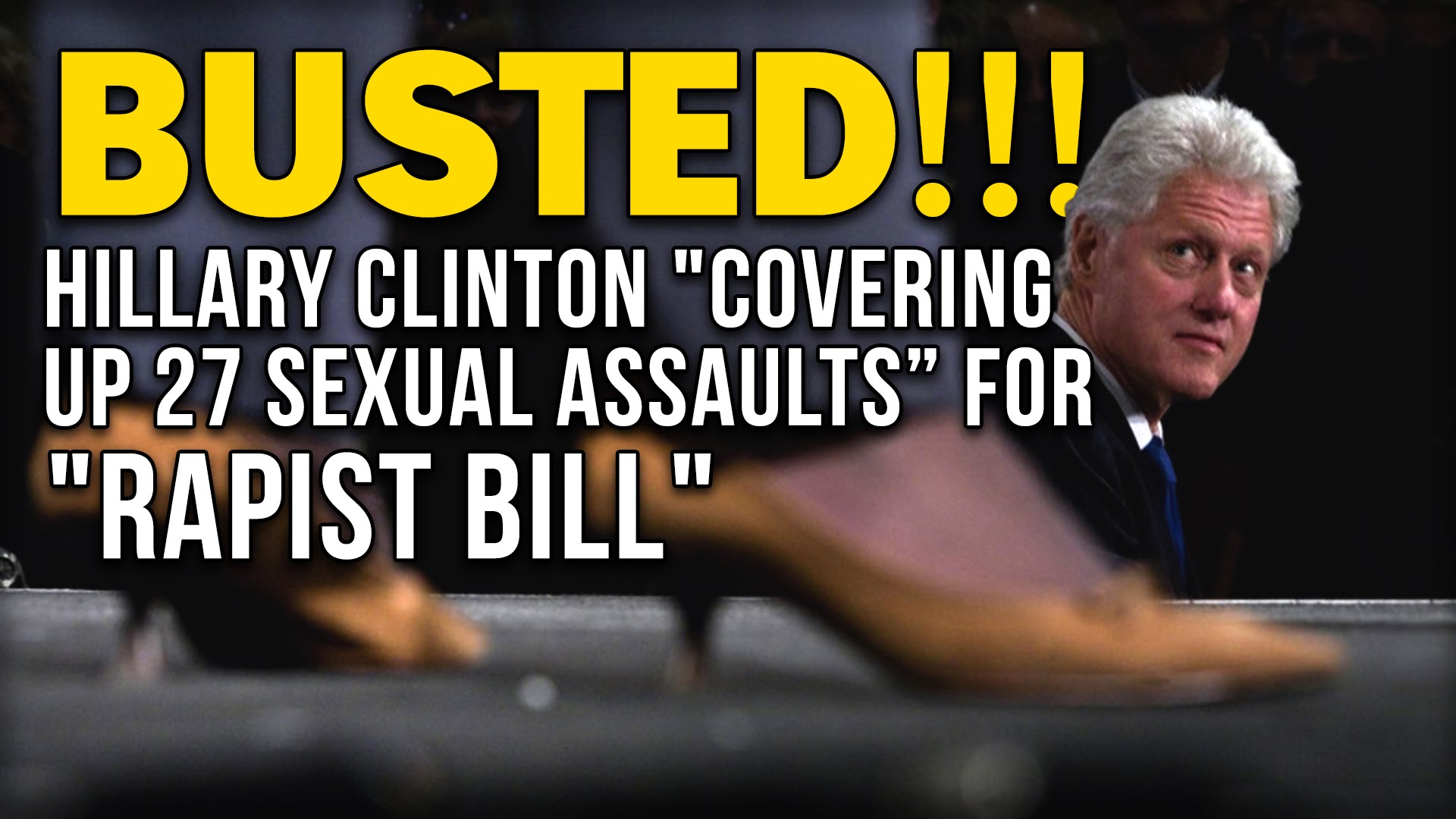 While Trump’s opponent and a few others might find Trump’s tape ‘shocking’, we expect that by Monday morning, Hillary Clinton’s odds of dropping out of this presidential race will be much higher than the odds of Trump dropping out. With the ‘kids gloves’ now off, Adams hit it right on the nose when he said that Trump can simply fire away, and knowing her long, sordid past with Bill that has really yet to see the light of day in front of a hundred million Americans watching the debate, we expect that this debate will be one for the ages.

As we hear from Steve Quayle in the 1st video below, it’s time for Trump to go for the jugular. If America is more concerned about ‘locker room banter’ than real world issues such as terror in America or a possible 3rd world war with a nuclear power that can completely destroy us, leaving 80% or more of Americans dead, maybe America simply deserves to be destroyed.

While the mainstream media and Rhino’s are calling for Trump’s head, he’s having nothing of it and in fact, with ‘Trump’s deplorables’ rallying behind him now more than ever, we believe we’ll soon be witnessing a metaphorical bombshell exploding at Sunday night’s debate that could quite literally turn this race in Trump’s favor once and for all.

As Scott Adams also tells us, Trump wasn’t running for Pope. He never claimed moral authority. His proposition has been that he’s an @sshole (essentially), but we need an @sshole to fight ISIS, ignore lobbyists, and beat up Congress. Does it change anything to have confirmation that he is exactly what you thought he was? 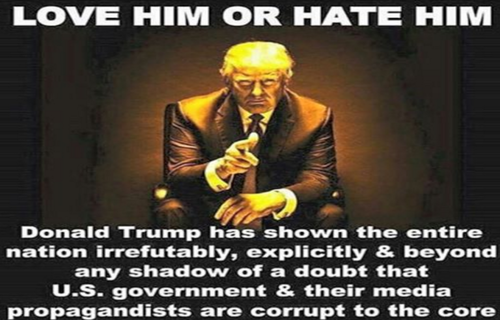 For Susan and I here at ANP, the only way this changes our opinion is now more than ever, it’s time for the alternative media to put the final dagger into the heart of the MSM. Having now seen the entire globalist establishment absolutely desperate and sinking to the level of high school freshmen, it’s time Trump shows us what he’s made of – anything less and we may all be in ‘Hillary fun camps’ in the near future.

According to a book from one Bill Clinton mistress Sally Miller, US presidential candidate Clinton once attempted to harm the baby inside her womb and then promised she would kill it if it were born disfigured. If we need another look into the ‘character’ of the person who’ll soon be President of the US if Trump isn’t, all we need to do is listen to Secret Service agents who have called her the most foul-mouthed human being they’ve ever met. Trump talking p*%# is nothing compared to Clinton’s foul mouth and vulgarity that makes Trump seem like Shakespeare according to one Clinton friend.:

Hillary’s vulgar and nasty language is well documented. To directly quote her: ‘F**k off! It’s enough that I have to see you ****-kickers every day, I’m not going to talk to you too!! Just do your G*damn job and keep your mouth shut.’

(From the book American Evita by Christopher Anderson, p. 90 – Hillary to her State Trooper bodyguards after one of them greeted her with “Good Morning.”) 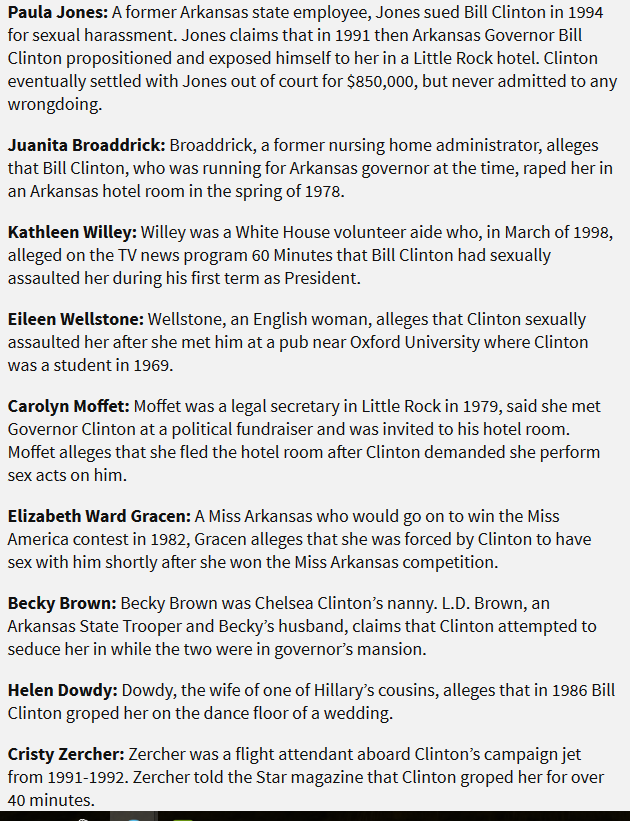 As we’re told in the first video below, it’s now time for Trump to destroy Clinton.

We also take a look at 4 more statements below recently made by Adams as to why this last ditch desperation on the part of Hitlery’s globalists will likely soon blow up in their faces.:

If this were anyone else, the election would be over. But keep in mind that Trump doesn’t need to outrun the bear. He only needs to outrun his camping buddy. There is still plenty of time for him to dismantle Clinton. If you think things are interesting now, just wait. There is lots more entertainment coming.

Another rich, famous, tall, handsome married guy once told me that he can literally make-out and get handsy with any woman he wants, whether she is married or not, and she will be happy about it. I doubted his ridiculous claims until I witnessed it three separate times. So don’t assume the women were unwilling. (Has anyone come forward to complain about Trump?)

Clinton supporters hated Trump before this latest outrage. Trump supporters already assumed he was like this. Independents probably assumed it too. Before you make assumptions about how this changes the election, see if anyone you know changes their vote because of it. All I have seen so far is people laughing about it.

My prediction of a 98% chance of Trump winning stays the same. Clinton just took the fight to Trump’s home field. None of this was a case of clever strategy or persuasion on Trump’s part. But if the new battleground is spousal fidelity, you have to like Trump’s chances. 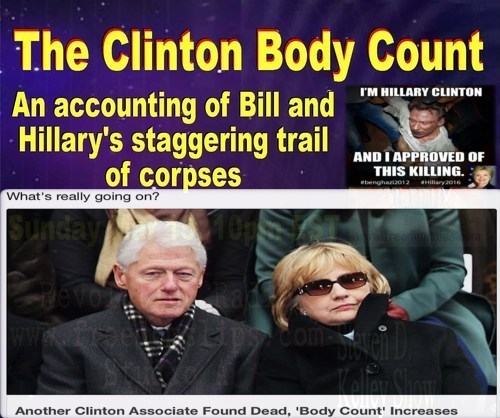 Will Hillary and Bill’s ‘body count’ now go viral? How might Trump defeat both Clinton and the mainstream media moderators who are clearly beholden to their satanic, globalist overlords? Will Clinton’s never ending series of war crimes and crimes against humanity be brought up by Trump in a stellar effort to ‘slay the beast’?

If not, we’ve made it quite clear that we believe America is on our very last legs and another Clinton presidency will be ‘the end game’ for this country, our national sovereignty and liberty.

While we’ve read many comments from ANP readers today who are still completely supporting Trump despite the sorry excuse for journalism by the Washington Post, we’d like to know what everybody else feels about this latest ‘scandal’. Do you still support Donald Trump for president? If not, will you be throwing your support over to Hillary? If this changes your mind about who you are planning on voting for, would you mind telling us why?

The 2nd video below is the full, unedited version of Donald Trump on the rampage back in 2005 in case you haven’t yet heard it. As almost everyone knows by now, the content within the video is allegedly ‘shocking’ to Hillary Clinton supporters so we’ll have to put up a TRIGGER WARNING for those who might find such talk to be unacceptable.

In the 3rs video below we get a look at why we feel Trump will be holding nothing back at the debate on Sunday night as he ‘apologizes’ and lets us all know where this now headed – straight at the ‘head of the beast’. 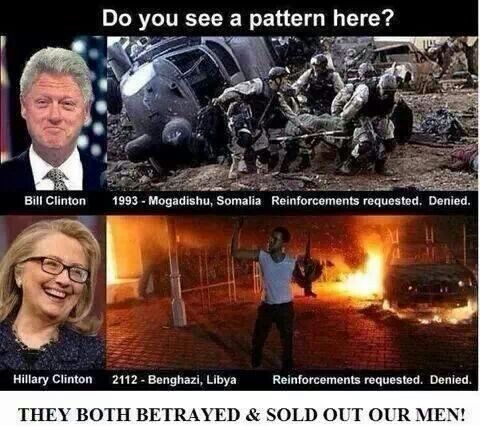 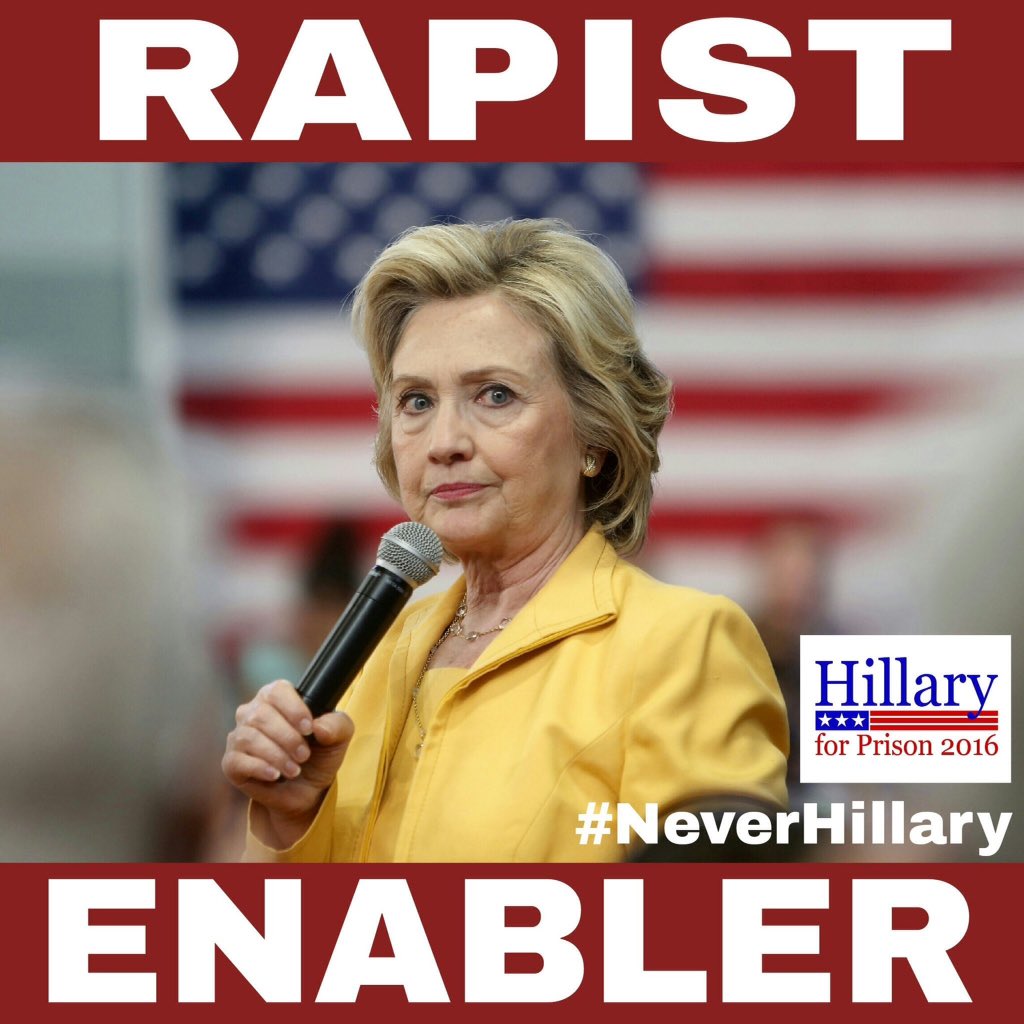