Like Frogs Being Boiled, Americans Won’t Understand What Is Happening Until It Is Too Late

We ran across a very strange article earlier this morning and were talking about it here at home, then we noted multiple commenters were also highlighting this odd occurrence and the chilling ramifications it speaks to for every single American.

Imagine looking up and seeing “military-style” helicopters, the State National Guard and State Troopers converging on a home for a “raid?” One would think a terrorist plot was being foiled, a drug dealer was being busted, or the subject of a manhunt was hiding inthe home or something related to the security of the state, but one would be wrong if they thought that in Massachusetts, at the Holcomb residence, which was the subject of the raid.

An 81 year old woman was growing a single marijuana plant, tucked away in her raspberry patch, and separated from neighboring homes with a fence, to use for medicinal purposes to ease the pain of arthritis and glaucoma and help her sleep at night, and that was the reason the state of Massachusetts used a militry-style helicopter, utilizing the State National Guard, as well as State Troopers, to conduct a raid.

After the helicopter departed a number of vehicles converged on the home, using intimidation tactics to violate Ms. Holcomb’s Fourth Amendment right against illegal search and seizure, threatening to file criminal charges against his 81 year old mother, for a single pot plant, if they insisted on a warrant to enter the property or otherwise “escalate” the situation.

What exactly is “escalating” about demanding a warrant before allowing authorities to enter private property?

Amendment IV – The right of the people to be secure in their persons, houses, papers, and effects, against unreasonable searches and seizures, shall not be violated, and no warrants shall issue, but upon probable cause, supported by oath or affirmation, and particularly describing the place to be searched, and the persons or things to be seized. 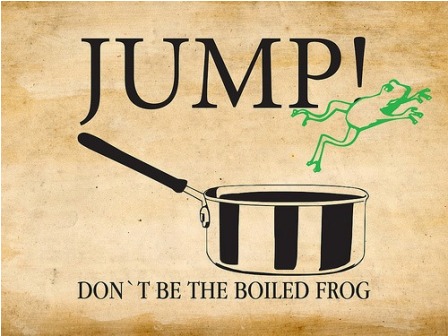 THE BIGGER PICTURE – BOILING THE FROG

While the utter absurdity of utilizing that much man-power, state government resources, intimidation and threats against an 81 year old woman for a single marijuana plant, is a story in and of itself, our commenters rightly point out the chilling fact that this is nothing more than “conditioning” the masses, with one person stating “They didn’t give a crap about some old lady’s medicinal plant, they wanted a precedent of a National Guard raid on somebody who probably wouldn’t shoot back.”

The good news is that while the woman’s son might have allowed himself to be intiminated, the 81 year-old woman reportedly has hired an attorney and plans to grow another single plant.

The Governor can activate National Guard personnel to “State Active Duty” in response to natural or man-made disasters or Homeland Defense missions. SAD is based on State statue and policy as well as State funds. Soldiers and Airmen remain under the command and control of the Governor. A key aspect of this duty status is that the Posse Comitatus Act does not apply, giving National Guardsmen the ability to act in a law enforcement capacity within their home state or adjacent state if granted by that state’s Governor.

We fail to see how a single marijuana plant of an 81 year-old woman, using it personally for pain management rather than big pharma drugs with all their side effects, constitutes a “natural or man-made” disaster, nor could this raid be justified as a “Homeland Defense” mission.

In a follow-up article from the Daily Hampshire Gazette, we get to the bigger picture, specifically that “Such enforcement actions have become commonplace since the 2012 law that made medical marijuana legal in Massachusetts.”

Another raid occurred on Sept. 13 in Wendell at the home of residents who have valid medical marijuana cards.

In that case, authorities seized marijuana plants from a couple because their plants were not secure and may have been visible from the street, both alleged violations of the law.

Law enforcement may itself be stretching the definition of “plain view,” Cutler said. And he wonders whether raiding backyards constitutes a wise use of public resources.

“Is this the way we want our taxpayer money spent, to hassle an 81-year-old and law-abiding patients?” Cutler said.

Procopio said that the Massachusetts National Guard Counter Drug Team — working under the Domestic Cannabis Eradication and Suppression Program and using a Department of Justice grant — looks for marijuana plants that are “outside of a locked, enclosed location that is fully inaccessible to any other person” each year during the summer growing season.

As another ANP readers states in regards to this latest abuse of power, “THIS……..is a slam dunk, 100% a “police state.”

Commonplace – That right there is the point ladies and gentlemen, the bigger picture. We constantly see military, battlefield equipment being used by local law enforcement, enough so that it is now considered “normal.” We here government apologists or paid shills claim that massive movement and pre-positioning of military vehicles and resources on American soil is nothing to be concerned about it is common. We see excuses as to why UN vehicles are being stored in strategic locations across the country.

They are conditioning Americans, basically programming them to think of this all as “business as usual.”

There is an expression, “boiling the frog,” which is an anecdote about a frog being boiled alive. If you put the frog in boiling water it will attempt to jump out, but if you put it in cold water and slowly bring it to a boil, it will not understand the danger until it is cooked to death.

That is what is happening to the American people, they are being programmed to accept a de-facto police state and when, eventually, martial law is “officially” declared, no one will understand that they are completely 100 percent under the governments’ boot, until it is too late to do anything about it.

Watch below, this is not normal, not the way it should be….. America is already a police state. 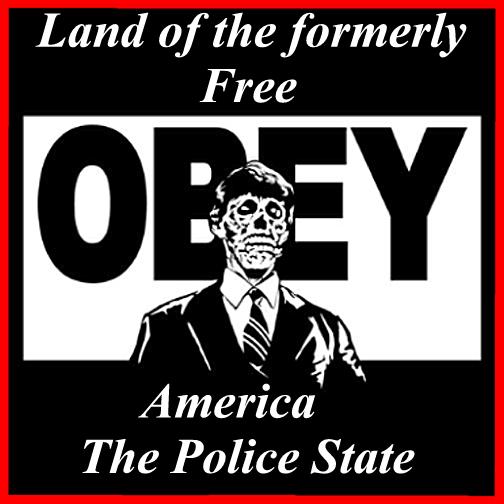