Whistleblower Andrew Maguire – A Staggering 1,000 Tonnes Of Paper Gold Rinsed Out Of Market In Today’s Takedown!

On the heels of a brutal takedown in the gold and silver markets, London metals trader and whistleblower Andrew Maguire told King World News that we have just seen a staggering 1,000 tonnes of paper gold rinsed out of the market today!

Eric King:  “Andrew, we’re seeing a massive takedown in the gold and silver markets today along with the shares, what’s really happening here?  What is really taking place?”

Andrew Maguire:  “Close to a staggering 1,000 tonnes of paper gold has been rinsed out in the paper gold markets today….

Andrew Maguire continues:  “That’s just below the targeted 100-day moving average that was taken out earlier today.  Before this is finished today, this will exceed over a shocking 1,000 tonnes of paper gold that will have been rinsed.

This takedown is a complete joke, and the wholesale market is all over (on the buy side of) this paper takedown.  This is a desperate effort by Western officials to cover massive offside pre-Brexit over-the-counter short positions put on by their agent bullion banks near the $1,275 level. 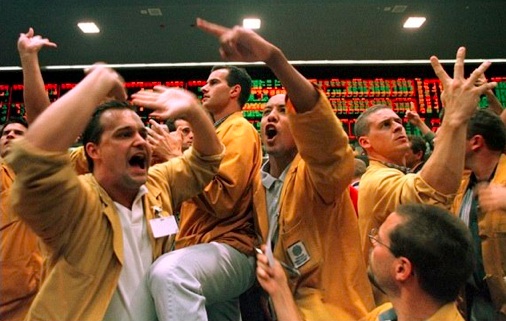 The Tidal Wave Of Selling Commenced As London Opened
The selling commenced today as soon as London opened.  The pit open saw massive short sell orders executed right at the outset of trading.  But, Eric, it is important for KWN readers around the world to understand that this is a physical buying window for gold and silver that will not last long.