Yesterday ANP highlighted a number of terror attacks on U.S. soil over the last couple of weeks, which included the knife attacks in Minnesota, a shooting in Washington state which killed five people, explosions in New York and New Jersey, then a strange FEMA alert referencing trains just hours before a New Jersey train suffered a crash that killed one and injured 100 people, concluding that terror cells in America had been activated and attacks implemented. (See article and FEMA alert here)

In each of these attacks, the official narrative has been these are “lone wolf” attacks, with the implied and stated message to the public being these were “self-radicalized” individuals that were simply “inspired” by Islamic jihadists, all coincidentally occurring within the same month, but that official narrative has just been blown apart at the seams.

The man being charged with the bombings in bother New Jersey and New York, specifically called a “lone wolf,” Ahmad Khan Rahami, is a Somali American with possible links to ISIS, but what many do not know, is that two other men were seen physically removing one of the unexploded devices that were found, from a luggage bag, leaving the pressure cooker explosive on the ground, taking the bag and just walking away with it. 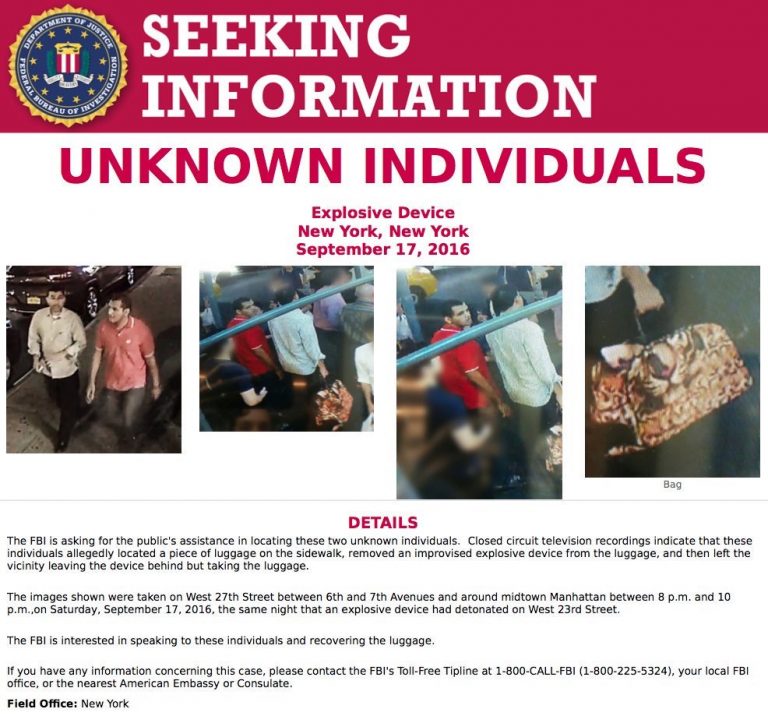 One would think since these two men were witnessed pulling the bomb from the bag, leaving it and walking off with the bag, that the official narrative of a “lone wolf” attack would be changed, but one would be wrong as now authorities are claiming these two men, who are employees with Egypt Air, are not suspects, just “witnesses” they would like to question, but they “presume” the individuals have returned to Egypt.

Via ABC News, we see the official narrative on these two men, what the authorities want the public to believe and to which the puppet media is happy to report, via Jim Watters, chief of the New York Police Department’s counter-terrorism unit.

“I think they were more interested in the bag, not what they were taking out.” He added that they were “very, very lucky” the bomb didn’t explode. “They’re not in any jeopardy of being arrested,” Watters said. “We have no reason to believe they’re connected.”

Via Walid Shoebat, a more likely scenario than the “official narrative” that is being pushed by authorities and the MSM:

But how about the more logical scenario. These two EgyptAir pilots were very likely also Muslim terrorists. They came with the bomb which was in the bag. They took the pressure cooker bomb out of the bag, placed the bomb, took the bag and left.

How can the scenario by the FBI make any sense? Why would two seasoned pilots accidentally find a bag, open it, see a wired pressure cooker, not know its a bomb, rob the bag (without the pressure cooker) and then cut and run? Would any logical mind buythis scenario? A bomb in a bag accidentally found by two Muslims from Egypt?

They must have known its a bomb because they were part of the cell.

How does this media version make any sense? Here is a photo of both, the Muslim pilots and the pressure cooker. Would anyone believe that these two pilots not know what this is all about after they see this specific pressure cooker with wires dangling from it? How can anyone believe that these two had no training being pilots about recognizing explosives? Or is it that the FBI does not want to alarm us?

If they announced suspicion that these EgyptAir pilots are possible terrorists, now we must deal with all the flights coming out of the Middle East into the U.S. This would make a huge ruckus, especially in the midst of an election. 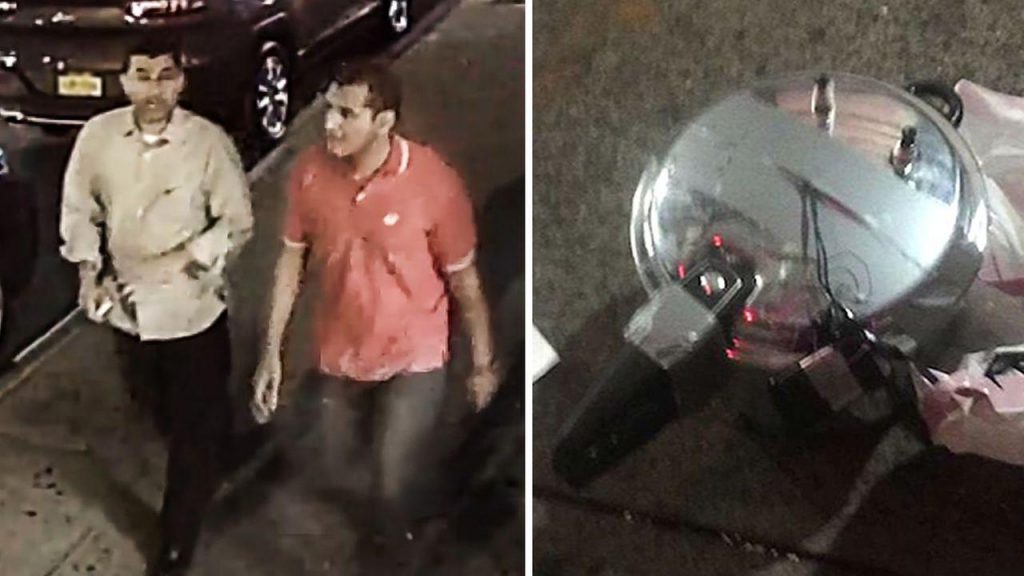 Read the rest of Shoebat’s excellent article, titled “Listen Up Folks. Egypt Air Pilots Likely Involved In Bombing Manhattan And Are Linked To A Ring Of Terrorist Pilots.”

In a recent congressional hearing, U.S. Citizenship and Immigration Services (USCIS) Director Leon Rodriguez, claimed that “not a single act of actual terrorist violence has been a committed by a refugee” who underwent USCIS screening procedures since 9/11, until he was questioned further where he ended up admitting that “many” refugees have been convicted of terror offenses in the U.S.

“They looked at all ISIS prosecutions in the United States and determined that of those involved in that, 18 percent were refugees or asylees. Shouldn’t that be of enormous concern to all of us?” Vitter asked Rodriguez.

“Without a doubt. Yes,” Rodriguez responded.

“My question is: Isn’t that a very big percentage? 18 percent.” Vitter asked a moment later.

“One percent would be a big percentage. This is an area of significant concern,” Rodriguez said.

“Now a few minutes ago, you touted and made a big deal in your testimony, or perhaps in response to a question, that since 9/11 there has been no person who came in as an adult in the refugee program who was convicted of a violent terrorist offense. Now that’s great, but that was a very carefully crafted statement. There are many people who came in as adults in the refugee program who’ve been convicted of terrorist offenses, correct?” Vitter asked.

“That is correct,” Rodriguez replied.

What people do not seem to understand and the Obama administration, nor the MSM, will tell them is that an activated terror cell need not always conducted coordinated attacks like we say in Paris France, but a “cell” can send their people out individually on different days, to conduct different types of attacks. That does not make them lone wolves as the media keeps blaring in their headlines, it makes them harder to identify and capture, while making it easier to injure more innocent people.

We have unvetted EgyptAir employees that are obviously allowed to roam free within the U.S. as proven by images of them carrying a bag that held one of the pressure cooker explosive devise, one of the ones found in New York and New Jersey that had not detonated. We also have a significant percentage of “refugees” that have been convicted of terror acts in the U.S.

Yet the Obama administration is still importing more supposed Syriam ‘refugees’ every day into America.

In the following video, Brigitte Gabriel, originally from the middle east, explains why middle east refugees cannot be vetted properly, because unlike American citizens, where their entire history can be obtained by a click of a mouse, the majority of middle east terrorist have no documented data that can be accessed.

Ms. Gabriel also discusses other disturbing ways Islamic terrorists are entering the U.S., stating that not only should a wall be built at the Mexican border because drug cartels are making a fortune smuggling them into America,  but that in her 2006 book she stated it should 8-ft tall and electrified!