NATO is falling apart. Clinton’s election will guarantee the bankers their war of profit and depopulation. A Trump election can forestall America’s demise, but not prevent it. At the heart of America’s difficulty lies in the fact that NATO is going to collapse. And we cannot put it past NATO to provoke a war before the membership becomes insolvent.

“Vlad, I look forward to seeing you on the battlefield when I am elected”.

NATO was established in 1949 to face a specific threat. The end of the Second World War had produced a vacuum in Central and Eastern Europe, much of which was filled by the Soviet Union when Stalin made his land grabs of Eastern Europe. The nations of NATO has always had a collective mission, until now. The nations of Europe are pursuing oersonal economic interests and are pursuing their own path, which means NATO is becoming irrelevant.

When the British voted to leave the EU (BREXIT), sheer panic crept into the West. And the same thing is happening in Turkey at this very moment.

NATO can see their their entire organization falling apart before their very eyes. And they know that there is nothing they can do to hold this alliance together, short of starting a war with Russia and/or China. Lesser reasons have led to wars.

What mankind is witnessing is a universal rejection of the ruling elite and their self-serving policies. The populist Trump movement is actually leading an international movement. As Karl Marx would advocate, the subjugated people from every part of the world are rising up “against the man” and saying: “No more. We want change.” This is a collective attitude that the world witnessed just prior to WW I. 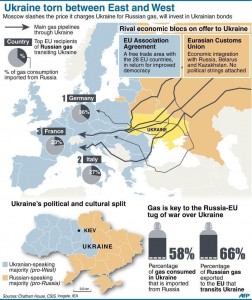 The War in Ukraine wreaked  havoc on the Russian energy business. Look at the amount oil and gas supplied to Europe by Russia.

Two years ago, when I researching the crisis in Ukraine and Crimea, I discovered that Russia sold over one-third of the natural gas and oil consumed by European nations such as Germany and France. Two years ago, I predicted the fragmentation of Europe and predicted that the disintegration of NATO due to economic forces that could be forced by Russia and our NATO allies.

In a very strange twist of fate, Turkey has determined that German MP’s can guard the nuclear air base in Turkey. Are you doing the same double take that I did?  Some are speculating that this is an example of the split among NATO members. Ultimately, I expect Russians to be occupying our base in Turkey. I believe we are seeing the beginning of the fragmentation among NATO members and Putin is smart enough to exploit these weaknesses. Germany and Turkey will be the first to leave NATO.

Americans have options, provided we did not have treasonous leadership, which we do. If by some miracle, Trump is elected, I would expect that he and Putin will reach some basic understandings and war will be avoided. However, even Trump cannot hold NATO together. America’s trading partner status will shift when NATO fails and the effects could be devastating to our already fragile economy.

If Clinton is elected, there will be war, and America has been set up to fall in this war as I have written about so many times before.

Again, Trump can save America from war, but not from economic collapse.