Attention Denver: The End of Private Conversations-Police State Surveillance Being Installed In Your Neighborhoods

TDC Note – I have already sent an email to Dave Kranzler, Investment Research Dynamics, my co-host on Shadow of Truth, and ask for better photos – especially the back side where the wires and whatever else is attached to this device can be seen. More to come, for sure. While I respect the work Dave Hodges produces, this one just needs to be taken a step or two further.

A viewer of The Common Sense Show sent me the following photos of several installations of surveillance equipment in Southwest Denver area.

I like your show, and website. Thanks for your work. I don’t like to ask but I need your expertise. Last week this new ‘thing’ was installed on a light post at an intersection in the SW part of Denver. I have yet to identify what it does and wanted to see if you have ever seen such a thing. It is across the street from the HD halo camera so I know it isn’t video. My gut tells me it is audio but there doesn’t seem to be anything of significance at that intersection.

Pictures attached, thanks for your help. 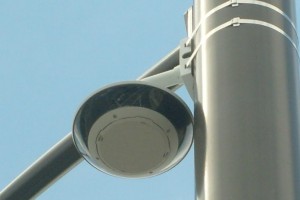 The photos sent by Mike are featuring a derivation of Intellistreets. This is a DHS project with a strong interface with the NSA. The following video is the five year old, first generational explanation of this technology. As innocent as this presentation appears to be, it does not take much imagination to calculate where this is headed.

The “IntelliStreets” video depicts a newly developed system of replacing streetlights with an Orewllian, “Minority Report” style hardware for government intrusion into daily life. With IntelliStreets, as you will see. everyone in a neighborhood can be thoroughly monitored, listened to, propagandized, admonished and scanned for guns. Yes, that is correct, this system in part, will be utilized to detect the personal possession of guns which will soon be outalwed.

This sytem was beta tested in Flint, Michigan and Birmingham, UK. In 2013, the Las Vegas Public Works Department has begun testing a newly installed street light system around City Hall with wide-ranging capabilities including audio and video recording. The system is scheduled to installed on every college campus by 2020.

This system ties into the smart grid and interfaces with all smart grid compliant devices. When this  system is fully operational, the NSA will not need your computer or cell phone to be able to listen in to your conversations. Any energy device emits a signal that can be piggy-backed on noise in the immediate area and that noise (which will include your private conversations) will be captured for surveillance. Soon, there will no such thing as a private conversation. Big Brother has indeed arrived and you people in Denver are the latest recipients of this intrusive technology. 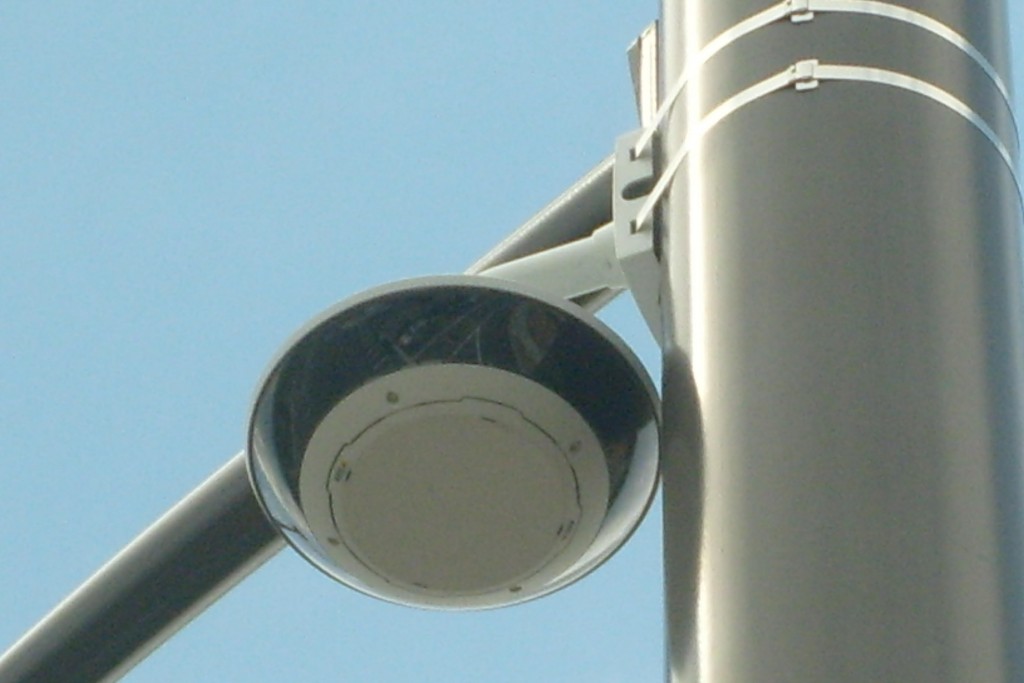