Trump should win the election hands down. However, he won’t and it is going to be close.

Last night, my wife asked me “Who in their right mind could vote for Hillary Clinton, she is pure evil?”  The answer to that question is nobody, unless that nobody can’t or won’t support themselves and they need your money and the power of the government to keep supporting them. Basically, there are six groups that will vote for Hillary. Some are rich, but more are poor beyond poor.

The Individuals and Groups Who Need Hillary Clinton to Become President

The following is a list of people who desperately need Hillary Clinton:

1. The Obama Phone Recipients and the Rest of the Entitlement Crowd

We have 101 million Americans of working age who do not work. We have 50 million Americans on some form of food stamps (that is one in six families. Speaking of families, we have 20% of American families where there is NOBODY in that family that has a job! Do you have a bank account? Well, 21% of all Americans do not have a bank account. And 50% of all American families could not raise $400 dollars to cover an emergency.  These people need government handouts. this is what Obama and Clinton are all about. They keep half of the potential workforce in their place with the gift of “functional poverty”. Fifteen million Americans go to bed hungry every night while their refrigerators and cupboards sit empty. 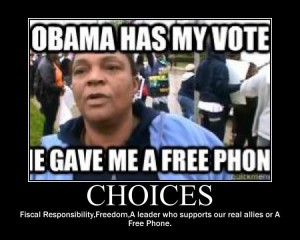 It is amazing how cheaply we will sell our future and our souls for something so meaningless.

If they illegally voted for Obama, they will vote for “no borders” Clinton. She is on the record as saying that we should admit anyone who wants to come to America. 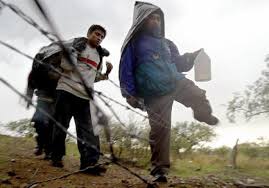 With no voter ID needed to vote in many locations, the number of future democrats, who will vote, will increase exponentially. And why will they vote this November in great numbers? She is on the record that we should let everyone in including radical Muslims.

There are powerful reasons why illegal aliens will vote for Clinton: 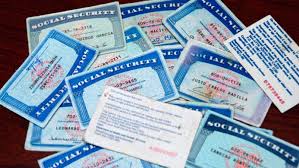 How many social security cards can one illegal alien own? Under Clinton, they will not just be collecting Social Security cards for fraudulent purposes, they will be receiving social security payouts. All without the benefit of not becoming a naturalized citizen. Strong reasons for this group to illegally vote for Clinton in November.

3. The Bernie Sanders Under 30 Entitlement Crowd- “The Government Owes Me”

These are the young people who think we should be paying $15 per hour to be able to utter the phrase “Do you want fries with your order?”

The real American Communist Party (i.e. the Democrats) have told them that they are owed something. The Trump ideals of loyalty, perseverance and working your way up the ladder through hard work are lost on many people from this younger generation. These people are about ready to learn a hard life’s lesson that once Clintion gets their vote and becomes President, they will get nothing, because they have earned nothing. For approximately 100 million Americans, they are about to learn a real life lesson: The world owes them nothing and once Clinton is done with this group, they get kicked to the curb. But for now, the people who live off of what I make and produce, are going to vote for Clinton.