by Dr. Peter Vincent Pry, the executive director of the Task Force on National and Homeland Security

After the terror attack in Nice, France, that left over 80 dead, and now the attempted military coup in Turkey, there are some lessons to be learned by the White House, and liberal elites everywhere, however tardily.

The world order painstakingly built by the United States and Western democracies during the Cold War and afterwards, so promising for universalizing political and economic freedom and human rights, is fast unraveling. Twenty years ago Samuel Huntington in The Clash of Civilizations and the Remaking of World Order (1996) predicted that, as U.S. and Western economic and military dominance declines, rival civilizations in Russia, China, and the Middle East would challenge the West.

Huntington specifically predicted that, as has been happening, Turkey would gravitate toward its cultural roots in Islam and away from the West, perhaps eventually leaving NATO.

Islamic terrorism is an extreme manifestation of the clash of civilizations. Islamic terrorists are waging a world war on the West and against all who do not share their totalitarian, apocalyptic ideology.

Islam is not a religion of peace for these fanatical fundamentalists. They aspire, in the 21st Century, to the violent expansion of their version of Islam by oppression and extermination of apostate Muslims, Jews, Christians and other infidels, as begun by their prophet Muhammad in the 7th Century. ISIS expects their crusade will culminate in the triumph of Islam in the secular and spiritual universe, because this is the will of God.

Thus, ISIS and other Islamic terror groups offer Muslims deeply alienated by Western culture – including teenagers, migrants, and well educated engineers and doctors – a powerful but noxious ideology, as dangerous as Nazism or Communism, self-abnegation become the Jihad of the suicide bomber. 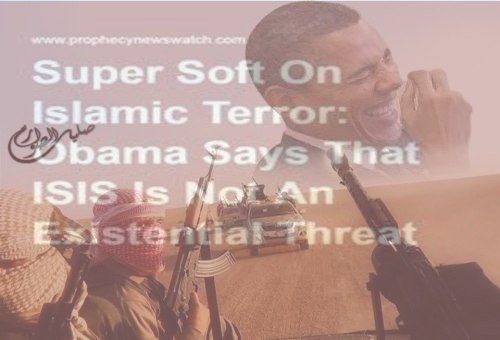 The West is losing the war against Islamic terrorism because it fails to understand that the war is fundamentally an ideological clash of civilizations. Although the White House congratulates itself on reducing the territory under the control of ISIS in Syria and Iraq, ISIS has expanded its terror networks – and its ideology – worldwide.

Not only does ISIS have tens of thousands of fighters, with recruiting on the rise, but polls show that millions of Muslims sympathize with ISIS. Under President Obama during the last eight years Islamic terror attacks in America, Europe, the Middle East, Africa and Asia have increased dramatically.

In Middle Eastern culture people tend to follow “the strong horse.” The U.S. and its allies look like “the weak horse” with their glacial progress in Syria and Iraq while Islamic terrorism scores high-profile victories worldwide. Terror massacres so horrify the West and transfix mass media that time and the planet seem to stand still in disbelief, at places like Fort Hood, San Bernadino, Paris, Brussels, Orlando, and now Nice.

The White House seems not to comprehend that this is what losing the war looks like.

Islamic terrorism is an existential threat. After the ISIS terror attack in Brussels, President Obama justified continuing his trip through South America by trivializing the threat, telling reporters on March 23, 2016; “Groups like ISIL can’t destroy us, they can’t defeat us . . . They’re not an existential threat to us.”

President Obama does not seem to grasp that every time Islamic terrorists inflict another massacre – they are defeating us. The United States and Europe have suffered a string of defeats at the hands of ISIS already.

The White House and most European elites are blind that their policies of uncontrolled and unassimilated immigration, and their politics exploiting differences of race and class and celebrating diversity over unity, have weakened societal cohesion and patriotism. The United States and Europe of today are more fragile internally than the West that defeated Nazi Germany, won the Cold War, and avenged the 9/11 terror attacks.

The White House appears to want the American people to accept terror attacks like Orlando and Nice as “the new normal.” But such a policy itself is an existential threat to our increasingly fractured society.

In America and Europe, the people are losing confidence in the honesty of government and in its basic competence to solve problems. France’s Patrick Calvar, Director of DGSI (Homeland Security), has warned repeatedly, including on July 12th: “One or two more terrorist attacks and we may well see a civil war.”

ISIS could pose an existential threat by buying nuclear or biological weapons from North Korea, or being given them by Iran. A recent New York Times article “Grid Attack: How America Could Go Dark” reaffirms warnings by experts that terrorists could easily inflict a protracted catastrophic blackout on the U.S. by sabotaging the electric grid.

President Obama’s failure to destroy ISIS in Syria and Iraq, and his absurd advocacy of gun control as a solution to Islamic terrorism, is consistent with his dangerously uninformed belief that ISIS is not an existential threat.

Such a lack of seriousness is an existential threat. 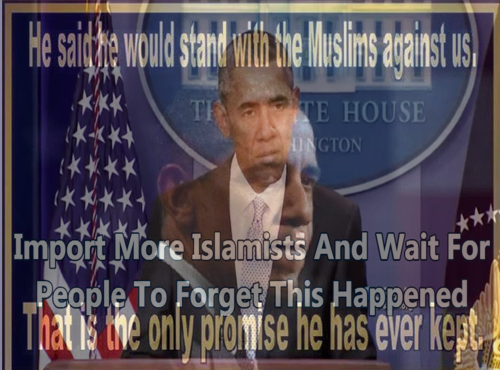