I have absolutely nothing against the police and, for that matter, honest police work.

There are just as many, if not more, good people in blue suits (and even jackboots) as there are those who wish only to cause harm. I’m sure of it.

And, of course, a service which protects the innocent, hurt and downtrodden is an integral aspect of any civilized society. No matter how spiritually or mentally advanced the society, there will always be a place for such an admirable profession, if done with integrity and with violence used as the last resort.

Moreover, I would never condone the use of violence against a police officer. Unless, of course, it’s 100% justified as legitimate self-defense. Because this isn’t a subject we should deal with in absolutes: Nobody’s perfect (some people are psychotic) and everyone makes mistakes on the job. For example, when a cop rapes a woman at gunpoint, that woman has every right to do what she has to do to protect herself.

With that said, the recent killings of police officers is just as catastrophic as it is when the script is flipped. And, unfortunately, these events might put more and more police officers on edge, causing them to take even more drastic measures in their next tense encounters “in the field,” perpetuating this cycle of violence.

Which is, of course, part of the reason there’s such a shaky relationship between American police officers and the people who pay them. Because more and more cops are using violence as a first resort, rather than only when they truly need it.

Given the fact that cop killings are at an all-time low, even despite the recent shootings, brutality at the hands of the cops is something which happens far too often. And it needs to stop. 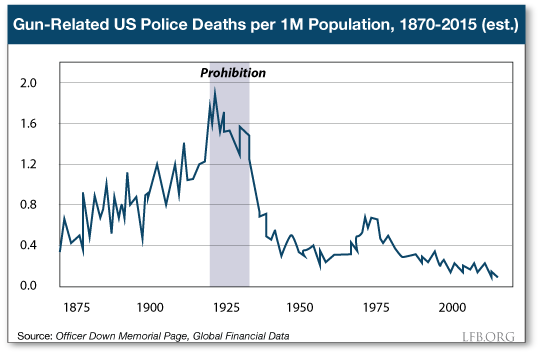 And while I would never condone or recommend anyone do anything illegal, I don’t see anything wrong with innocent, peaceful people protecting themselves from such heinous abuses of such great and towering power.

Especially if an individual is in direct danger of being thrown in a cage and having his or her life ruined for smoking what we now understand to be a pretty harmless plant. Even more so if said individual is using the plant to find relief from suffering brought on by a debilitating illness.

The criminalization of drug users wreaks havoc on the lives of mostly innocent and peaceful citizens who often need a helping hand more than they need a taser to the face or beat half to death. Moreover, it throws many families into upheaval when a crucial member of the unit is locked up for years on end.

Fortunately, the tides are slowly turning. Especially for those who benefit from medical marijuana.  But there are still plenty of places in America where the usage of marijuana — and other victimless “crimes” — are “dealt with” using an iron fist and zero compassion.

That’s why, today, you’re going to learn how you, as a responsible liberty-minded citizen, can evade the entrapment of those who look to do you harm for what you may or may not do behind closed doors. (Because, remember, even if you don’t do drugs, the War on Drugs gives cops even more leeway to act like Mafia goons against innocent people.)

Barry Cooper, who was once one of the top drug enforcement officers in the nation, will be your guide on this journey.

Cooper used to bust potheads for a living. So when it comes to avoiding getting busted, Barry knows what he’s talking about. 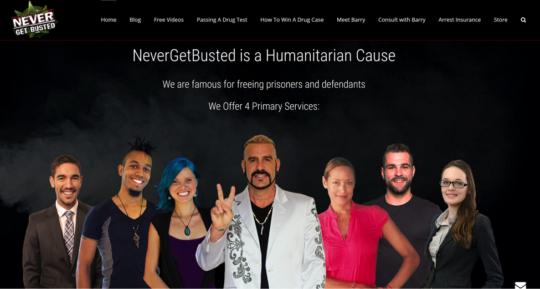 I met him briefly in Acapulco. His company Never Get Busted (which he formed after he had what he calls “a huge shift in consciousness”), helps innocent people fight unjustified arm movements made by overly-aggressive blue suits and robed men clutching wooden hammers.

Barry works tirelessly as a liberty activist, freedom consultant and criminal expert witness. And now, without further ado, he’s going to teach you some of his best tips on how to never get busted.

Stay free, safe, and read on.

Do you want to know how police know when you are lying?

During drug investigations and traffic stops, my extensive study of the FBI polygraph manual helped me detect when a person was lying or telling the truth.

Each person I arrested for contraband committed one or more of the following indicators of deception. I hope these tips help you successfully lie to the cops and Never Get Busted.

Police look for these top three indicators of deception when interviewing citizens:

1. Hand-To-Head Contact: For some reason when a human is being deceptive, they will touch their hand to their head. It may only be the wipe of a brow, a scratch of the nose, a pull of the ear, a hat adjustment or lighting a cigarette but all of these movements indicate deception. I once used this tactic against a police officer during a federal court deposition. The officer scratched his head when answering a question so I knew he was lying. This knowledge allowed me to continue a line of questioning that eventually trapped him.

2. Grooming: Although most grooming is considered hand-to-head, this is the number one indicator of deception. If your teenager or significant other is brushing his/her hair or applying makeup while answering troubling questions, there is deception in the air. I’ve found this to be true 100% of the time. Never groom yourself in front of a cop.

3. Repeating The Question: If a cop asks “Where are you going?” and you reply, “Where am I going?” She knows you are being deceptive. Repeating a question happens when a person is stalling for time for the purpose of developing a lie. Always have your story practiced when traveling with your stash so you don’t have to invent a lie on the spot.

4. Bonus Tip: It’s always better to not talk to cops because there is no way to lie to them if you don’t. It’s not against the law to not talk to a cop during a traffic stop. Your only obligation is to provide a driver’s license and proof of insurance. That’s it. If you feel like you must speak, just say, “I’m using my right to not say anything.” Repeat this statement with each question the officer asks.

Big Barry bear hug. I sincerely love you and want you to remain free.