The Terrifying $2 Quadrillion Monster Is Now Totally Out Of Control

With the price of gold and silver surging once again, today the man who has become legendary for his predictions on QE, historic moves in currencies, and major global events, warned King World News that the terrifying $2 quadrillion monster is now totally out of control.

Egon von Greyerz:  “The central banks are leading the world into a black hole and have no idea what a disaster they have created. What initially seemed like a nice money spinner for the private bankers in 1913 when the Fed was created, has resulted in a $2 quadrillion (at least) monster that is now totally out of control…

“During the last hundred years, the Ponzi scheme seemed to work beautifully under the guise of Keynesianism. So whenever there was a problem in any economy in the world, all that was needed was some stimulus in the form of credit creation. And there are so many ways to create credit. Through the unlimited flexibility of the fractional banking system, money printing became the most perfect perpetual motion system whereby the more credit that was created the more credit could be issued by the banks. 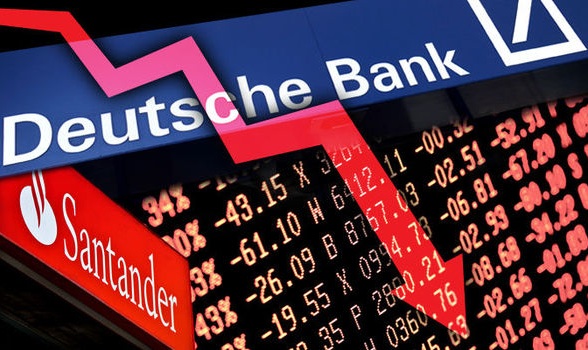 Deutsche Bank Leveraged 100 Time Its Equity
There is absolutely no limit to how much money could be printed. It is of course a fallacy to believe that governments and central banks are the only money printers. Most of the false wealth is created by commercial banks that blow up their balance sheets 10 to 50 times. And if derivatives are included the bank’s exposure can be over 100 times the equity. Take Deutsche Bank for example; the total balance sheet exposure is 25 times equity. Adding their derivatives exposure of €68 trillion, their leverage is 100 times share capital and reserves.

This means that any depositor hoping to get his money back from the bank should be aware that any loss above 1% of Deutsche’s assets would make them bankrupt. There is obviously no question that Deutsche will lose only 1%. They are virtually guaranteed to lose more than 10% and probably at least 50% of total assets, which means that if you are a depositor you will not get your money back. Most European banks are in a similar position and so are many US banks including JP Morgan, Bank of America and Citigroup. And don’t believe that the Japanese, Chinese or Emerging Market banks are in a better position. This is of course the reason why most major banks’ share prices have fallen 75-95% since 2006. 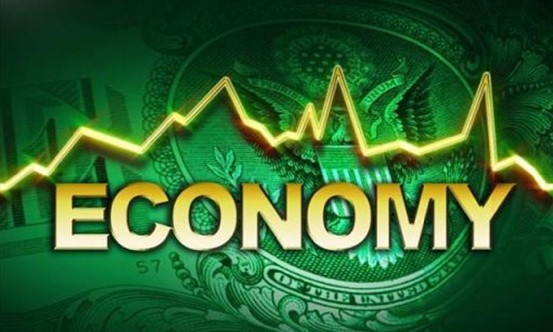 The World Economy Is A Fatally Wounded Creature
Whatever governments and central banks have told us since 2006, which is when the fraud of central banking was finally revealed to the world after almost 100 years of manipulation and abuse, absolutely nothing has been mended since then. With propaganda, more money printing and interest rate hocus pokery, the world economy has been dragged forward like a fatally wounded creature. The outcome has always been certain but the road there has been long and painful.

Yes, a minuscule minority of much less than 1% of the world population has continued to benefit greatly whilst the masses have been burdened with another $100 trillion in debt plus unfunded liabilities and derivatives of much more than that. And most major central banks have blown up their balance sheets by more than four times since 2006. If we just take the Bank of Japan, ECB and the FED, their total balance sheets are expected to increase from $3.2 trillion in 2006 to $13.5 trillion in Q1 of 2017. Although this increase of “only” $10 trillion is a drop in the ocean compared to the total increase in debt, these central banks set the trend through their irresponsible policies.

The assets that these three central banks hold will be totally worthless in the next 5-7 years. But before that their balance sheets will expand exponentially in a final Keynesian attempt to save the global financial system from total implosion. This will lead to a short period of hyperinflation before the deflationary implosion of the system. Because you cannot solve a problem using the same method that created in the first place. This will be the necessary total eradication of all debt. But it is not only debt that will disappear, most of the assets financed by this debt will also decline dramatically in value, leading to a massive destruction of wealth. 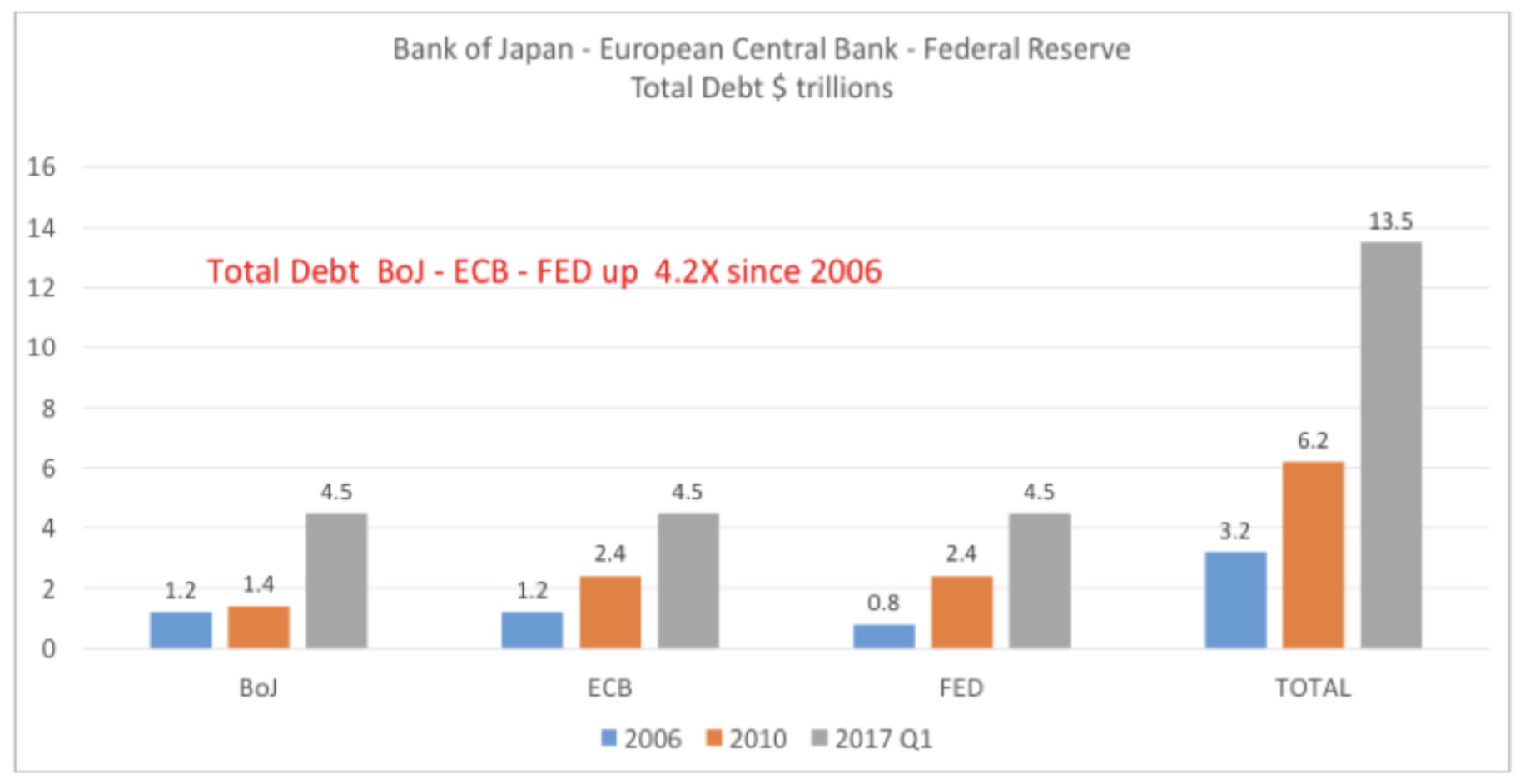 Central banks will of course attempt all the methods available to them before they give up. This will include not just money printing and more negative rates but also debt forgiveness, devaluations, moratoria, stealing pension funds and bank deposits plus many other tricks that will impoverish most ordinary people. Neither governments, nor central banks will have any qualms about totally destroying the wealth of their people.