COUP in Turkey: Who really did it? And Qui Bono?

All revolutions and civil wars, major protests and violent riots
on planet Earth are designed, executed and covered up by the
Anglo-American Axis* and their worldwide mainstream media.

There have been some major developments on the Middle Eastern geopolitical chessboard of late.

All of them are directly related to the status of Turkey, and especially her alliances both within and outside of the Mideast.

The most significant diplomatic event was the very public and formal apology that President Recep Tayyip Erdoğan issued to Russia’s President Putin.  Putin’s commitment to resume trade relations was equally noteworthy and unexpected.

This particular shift signaled a departure from the Anglo-American camp by Turkey.  It was the USA and NATO that has been driving a wedge between Turkey and Russia ever since they mutually signed the major gas pipeline deal which has since been scuttled.

Putin knew that NATO coerced Turkey to shoot down the Russian warplane and kill the helicopter rescuer. He also knows that NATO’s entire southeastern flank is defended by Turkey and that the United States needs Turkey much more than the Turks need the USA. That’s why so much is at stake there, both strategically and tactically speaking, and coups are hatched in a heartbeat.

Turkey’s relationship with the entire European Union (EU) has soured beyond repair for the current generation of EU leaders.  The Eurocrats in Brussels were not only offended by Erdoğan horse-trading right in the midst of the biggest immigration crisis in European history, they no longer wanted to be associated with a notorious co-conspirator of ISIS.  As long as he got away with it in secret, the EU leaders were okay with him.

Europe’s leadership was completely aware that Turkey was a close partner of the Islamic State, which was also assisted by the CIA and MOSSAD.  However, there is a HUGE difference when the whole world found out about the extremely close collaboration between Turkey and ISIL in the wake of the Russian military intervention.

Because the continuing immigration crisis will not go away, Europe thought it better to make an enemy of Erdoğan than deal with him as a partner.  The Eurocrats have never liked having to negotiate with Turkey no matter who is in power, but Erdoğan has really tested their tolerance and patience.  An all-powerful superstate is never dictated to, as the EU was set up to do all the dictating. 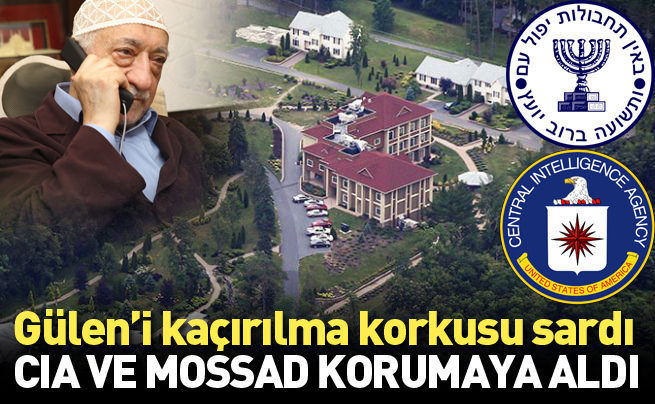 There is now much speculation that Turkish religious scholar Fethullah Gulen was the true impetus behind this failed coup.  As follows:

As government officials and military forces clash in the streets of Ankara and elsewhere in Turkey, attention has turned to a reclusive Muslim cleric in Pennsylvania whom Turkey’s president has long accused of orchestrating coup attempts.

“(S)uspicion has fallen on Fethullah Gulen, a US..-based Turkish religious scholar and political enemy of Recep Tayyip Erdogan, the strongman Turkish president,” writes Steve LeVine at qz.com. “Until now, Erdogan had appeared to have crushed the 75-year-old Gulen, who has deep roots in the Turkish political, military, judicial, and media establishments, as well as in Muslim countries around the world. But if, as Erdogan himself has alleged, Gulen or his followers are involved in the putsch, then it demonstrates that he remains a force to contend with, though he has lived for years in seclusion in Saylorsburg, Pennsylvania.”
(Source: Turkey coup: Pennsylvania cleric is Erdogan foe)

In view of the many purges that Erdoğan has implemented throughout his various terms in office, it is quite unlikely that a homegrown coup plot would properly take root in Turkey. The remote coup plotters in America were in a much better position to coordinate their attempt from the safety of their reclusive enclaves away from Erdoğan’s muscle. Even though they are not completely safe from the long arm of Ankara’s henchmen, Gulen does enjoy the full protection of American secret services and law enforcement.  Which is also the reason he has holed up in isolated rural eastern Pennsylvania.

The US, UK and Israel

If there are three nations that would really want to see Erdoğan gone forever, it is the USA, UK and Israel, along with the EU of course.  Each of these countries has had a very difficult time with Turkey over the past few years.  The US and UK have also been profoundly embarrassed to be working closely together in the Mideast with a known Islamic jihad sympathizer and ISIS collaborator.  Israel, of course, began the tumultuous relationship with Erdoğan with their attack on the Gaza-bound aid convoy on February 11, 2011.  Israeli commandos killed 10 peaceful activists who were traveling on the Turkish passenger ship MV Mavi Marmara.

Because the United States has so much air force capability parked at Incirlik Air Base — a fully staffed and equipped U.S. Air Force base in south central Turkey —  they especially needed a reliable partner while prosecuting all their unlawful wars of unprovoked aggression in the Mideast.  Instead, what they got with Erdoğan was a full-time war profiteer whose political bloodline was responsible for the 1915 Armenian Genocide.  The current Syrian Holocaust is a replay of the very same game plan to remove the Christian communities from the Northern Levant by way of naked terrorism, transparent war crimes and forced immigration.

Clearly, the C.I.A., MI6, and the MOSSAD were directly involved in the planning, coordination and execution of yesterday’s coup attempt.  Just as they have been directly involved in all of Turkey’s military-staged coups over the past 40 years, this one fits the pattern perfectly.  The disillusioned segments of Turkish society do not have sufficient control or influence over the military to effectuate a successful coup; only the Western intelligence agencies have such power. 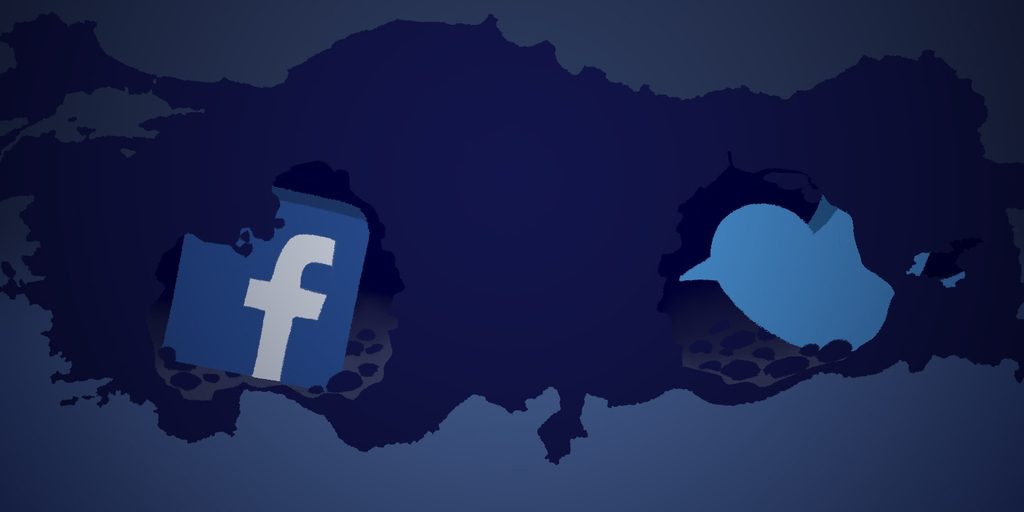 The Western powers have been particularly nettled by Erdoğan’s shutdown of social network utilities like Facebook.  Whenever anyone posts an anti-government screed, he goes ballistic and shuts down the concerned social network throughout all of Turkey.  Not only is this a very bad thing for Facebook and their paid advertisers (snicker (-;), but it also prevents the C.I.A. from reliably using the social media to disseminate their revolutionary propaganda.  Facebook-driven revolutions and Twittered civil wars have become the standard MO for The Company (aka CIA).

Furthermore, Erdoğan has taken to the undemocratic practice of arresting, jailing and prosecuting every journalist who crosses the government line on just about anything. That’s not necessarily a bad thing when the same media is being used to foment a coup d’état.  Nonetheless, the very US association with Erdoğan has been relentlessly throwing tar all over the fraudulent American image.  Bottom line: He just has to go.

The dramatic uptick in terror attacks throughout Turkey has been engineered by foreign powers to destabilize society and sow seeds of discontent within the Erdoğan government. Apparently the C.I.A. failed to realize that there is still a critical mass of support among conservative Islamic society to resist such violent takeovers.  They also underestimated that Erdoğan’s intelligence services know more about plans for sedition in Turkey than the Zio-Anglo-American informant network does.

Now for the only deduction that makes sense: In all likelihood Erdoğan & Crew knew that the coup was about to take place.  Rather than short-circuit the actual coup itself beforehand, they let it spring into action as a means of identifying all the traitors in the upper echelons of Turkish society. The military, the courts and the media are full of subversives … depending on which side you’re on, of course.

The expeditious arrest today of so many high-ranking decision-makers and perpetrators speaks directly to considerable foreknowledge of the whole scheme.  While Erdoğan has done some very stupid things lately, he is not stupid where it concerns political self-preservation. He saw the coup plotters coming from thousands of miles away in Saylorburg, Pennsylvania and Langley Virginia.

It’s no accident that this coup took place right after Erdoğan made peace with Putin.  That is one thing the Anglo-American power structure would never tolerate.  Turkey plays too great a role on the Mideast geopolitical chessboard.  The USA especially would not let such a development transpire in light of their undying commitment to the Greater Israelproject.  Furthermore, their constant demonization of all things Russian would not be reversed by a sudden rapprochement between Turkey and Russia.

At the end of the day the July 15th coup d’état will be known as the American coup that SOS John Kerry professed to know nothing about.  Even though the US embassies in both Ankara and Istanbul are used as CIA local headquarters, as well as agent nests for implementing coups around the world, the Secretary of State didn’t have a clue as he wished the people of Turkey a speedy and successful resolution.