Retired US Lt. General Warns America In Grave Danger Of Collapse As Country Reaches 4th Stage Of 5 In ‘Cycle Of Insurgency’

Back in April of 2014, a story came out from the Business Insider telling us that the US military’s ‘top spy’ was being forced out of his post by the Obama administration after a series of clashes over his ‘leadership-style’ angered those within the administration.

Lt. General Michael T. Flynn was the head of the Defense Intelligence Agency, an agency which he took over in July of 2012, and according to this story from Pamela Geller over at Atlas Shrugged, the REAL reason that Flynn was forced out was because he called our enemies ‘radical jihadis’. In fact, Flynn was not afraid of speaking up about the dangers that Islam poses to America and the entire free world.

Since Flynn’s removal, his warnings have proven to be nearly spot on as very soon after the attacks on Paris, France, before which Barack Obama claimed ISIS was the “JV team’ and they were ‘contained’, we learned that what happens in Paris doesn’t stay in Parisand, according to Flynn back then, “the current administrations policies are 100% wrong.”

In fact, prior to Paris, back in August of 2015 Flynn said in an interview with Al Jazeera TV that “we knew something like ISIS was coming – and we screwed it up.”

The fact that Flynn was way ahead of the game in giving those warnings should tell us a number of things – it should also be a huge warning when we listen to Flynn in the new video below in which he tells us that he is very concerned that America is headed towards total collapse. 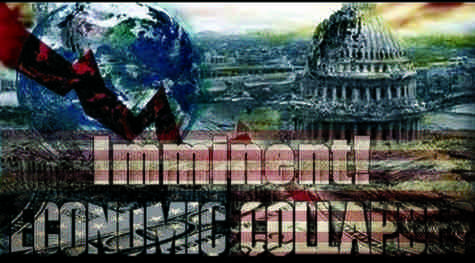 Telling us that the greatest strength that America has had up until now, the rule of law, is being eroded, we hear in this video that Flynn is also now being heavily vetted by the Trump administration to be his potential Vice Presidential pick.

While we may not agree with all of Flynn’s policies (nor Trumps for that matter), it’s clear that Flynn has no problem at all calling a kettle ‘black’. In this day and age of political correctness with Hillary Clinton recently saying ‘white people’ have to change, Flynn reminds us here that there is only ONE race that we should now be concerned about, the HUMAN race. Flynn also tells us why not defining our enemy has come back to haunt America and humanity. From a story written by Flynn over at the New York Post.:

Two years ago, I was called into a meeting with the undersecretary of defense for intelligence and the director of national intelligence, and after some “niceties,” I was told by the USDI that I was being let go from DIA. It was definitely an uncomfortable moment (I suspect more for them than me).

I asked the DNI (Gen. James Clapper) if my leadership of the agency was in question and he said it was not; had it been, he said, they would have relieved me on the spot.I knew then it had more to do with the stand I took on radical Islamism and the expansion of al Qaeda and its associated movements.

I felt the intel system was way too politicized, especially in the Defense Department. After being fired, I left the meeting thinking, “Here we are in the middle of a war, I had a significant amount of combat experience (nearly five years) against this determined enemy on the battlefield and served at senior levels, and here it was, the bureaucracy was letting me go.” Amazing.

As we learn more below this video, America is now in grave danger after ‘black lives matter’ and others have come out with threats of violence against whites and officers of the law, giving ‘tyranny’ even more of an opportunity to ‘crack down’ upon us as our country reaches the 4th stage out of 5 in the ‘cycle of insurgency’. What happens next, if we keep heading in this direction, is something that we pray NEVER comes to be in America.

While some might believe that America is far too big and will never collapse we have to warn you – not only are we closing in on collapse but we now have proof that we have reached the 4th stage out of the 5 stages in the ‘cycle of insurgency’. In a story called “What Happens After Cops Start Getting Shot?” we’re warned that the next phase in this ‘cycle of insurgency’ is ‘open insurrection’.

After the cowardly attacks upon law enforcement officers across the country and more threats that similar events will happen still, we’re closing in on a stage long warned of by ANP and the alternative media and a stage that will signify that America has reached a very dangerous new place – open revolt and rebellion against authority. From the Anti-Media story we see the ‘cycle of insurgency’ explained.:

Pamphlets: Prior to the digital age, pamphlets were the main method of spreading dissent around the world. The pamphlets examined and questioned the authority of the contemporary governments and control systems. In the modern world, pamphlets have been replaced by blogs, memes, social media, and to a smaller degree, adversarial journalists.

Reactive Protests: Once the seed of dissent is planted, people take to the streets to voice their opposition to the government. These protests occur after the control systems of the era attempt to diffuse an offending incident.

Preemptive Rioting: Preemptive rioting follows a period of reactive protests that go unanswered by the government. The people begin taking to the streets and destroying private and public property as soon as an offending incident takes place, rather than waiting and hoping for the government to police itself.

Military or Law Enforcement backlash and crackdowns: These riots and small incidents of resistance trigger a government reaction. The control systems of the country tighten their grip on the people and further curtail civil liberties and infringe on people’s rights. The government crackdown fuels the resistance movement as more people tire of government intrusion.

Widespread rebellion and insurrection: At some point during the crackdown, an incident occurs that tosses a match into the powder keg of dissent. At this point, open rebellion occurs. 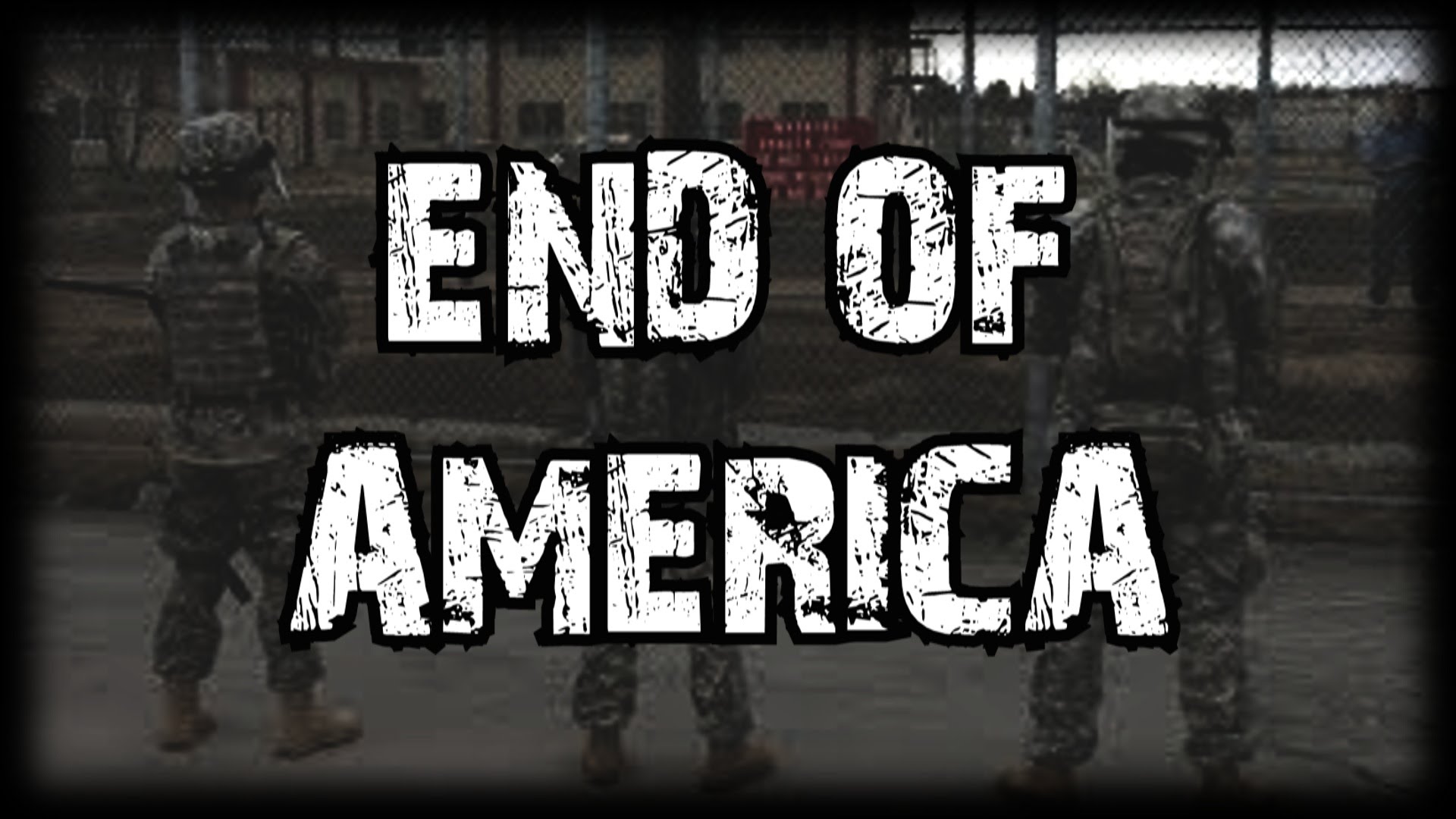 Do the recent events in Dallas prove that we are now closing in on the final stage? While ANP stands strongly against the widespread government corruption that we have witnessed in America under the Obama administration and stand strongly against what we’re sure that a Hillary Clinton administration would bring this country, we stand strongly in favor of the ‘rule of law’ that Flynn spoke of in the video above. It is only by returning to the rule of law that America can return to its proper place as one of the greatest nations in the world. However, we also freely admit there are countless laws that leave Americans imprisoned for ‘victimless’ crimes that should probably be done away with.

While across the country, ‘politically correct politicians’ and much of the mainstream media have been incorrectly elevating ‘black lives matter’ while putting law enforcement falsely into the position of being on the ‘wrong side’, the new video below from Real Life Hero’s tell a few of the stories that the MSM isn’t telling us.

“Where Police Meet Humanity & Heroism – Part 2” shows us that cops are just as human as any other member of society and the huge majority of them serve their communities dilligently, day to day, week to week, month to month and year to year without so much as a word from the MSM. Part 1 of this video was watched by over 2.5 million people; part 2 below was recently emailed to ANP by Real Life Hero’s. In this very difficult time for America, we thank those within law enforcement nationwide – as we learn below, America needs you more now than ever.

We’ll close this story with one more excerpt from the Anti-Media story which helps to tell us why it’s so important that we return to the ‘rule of law’ in America. For not to do so, we go the way of all failed nation states – and if we think that what we’ve been witnessing in the breakdown of our society in the past several years has been unbearable we have to warn you, we probably haven’t seen anything yet. We pray that the warnings below of what may come if we continue as a nation down this path help to prevent this dire scenario from ever coming to pass. As Prepper Fortress told us today, “If Senseless Violence Continues, America Will Be A Total ‘Police State’ In No Time”. From the Anti-Media story:

Certainly, departments all over the country will be issuing memos explaining the new security procedures to counter the threat of targeted killings. Some officers may have already received one. Allow me to guess its contents. The memo suggests riding in pairs, only answering a call once back up has arrived, sitting at separate tables when you eat in a restaurant, and performing all actions as a team to provide greater security. I’d be willing to bet that the phrase “safety in numbers” is somewhere in the memo. These tactics will all fail. The attackers will simply upgrade from firearms to pipe bombs. An even worse scenario is that officers do succeed in making themselves too difficult to attack. The insurgents will stop targeting cops and begin targeting their families while the officers are at work. This is what has happened in every insurgency in history.

It is extremely important to note that in all of recorded history, an insurgency that matured through the phases and reached this stage has never been quelled through force. Ever. It may have been delayed, but the insurgency simply went underground until opposition forces relaxed. In some cases it took 800 years to achieve an insurgent victory. Once an insurgency reaches this stage, it wins. It is that simple. See: Irish Republic Army.

At this point, in a form of bizarre just deserts, the only option law enforcement has is the same option it offered to the American people, which prompted this cycle: comply or die.

Please, post this article to your local police department’s Facebook page. While many may be cheering the idea of open insurrection, most do not understand the casualties and hardships associated with an insurgency. Since the federal government is unwilling to intercede, it is up to the American citizen to try to stop this from occurring. We have to take responsibility and stop the scenarios laid out above from happening.