Is the occupation of America imminent?

While few could say what is coming, there have been some curious sightings that hold ominous tones, as military vehicles and equipment for foreign forces have been sighted on U.S. highways.

Can’t begin to tell you how many of these I passed today on 81 near Lexington VA, Interesting times ahead! 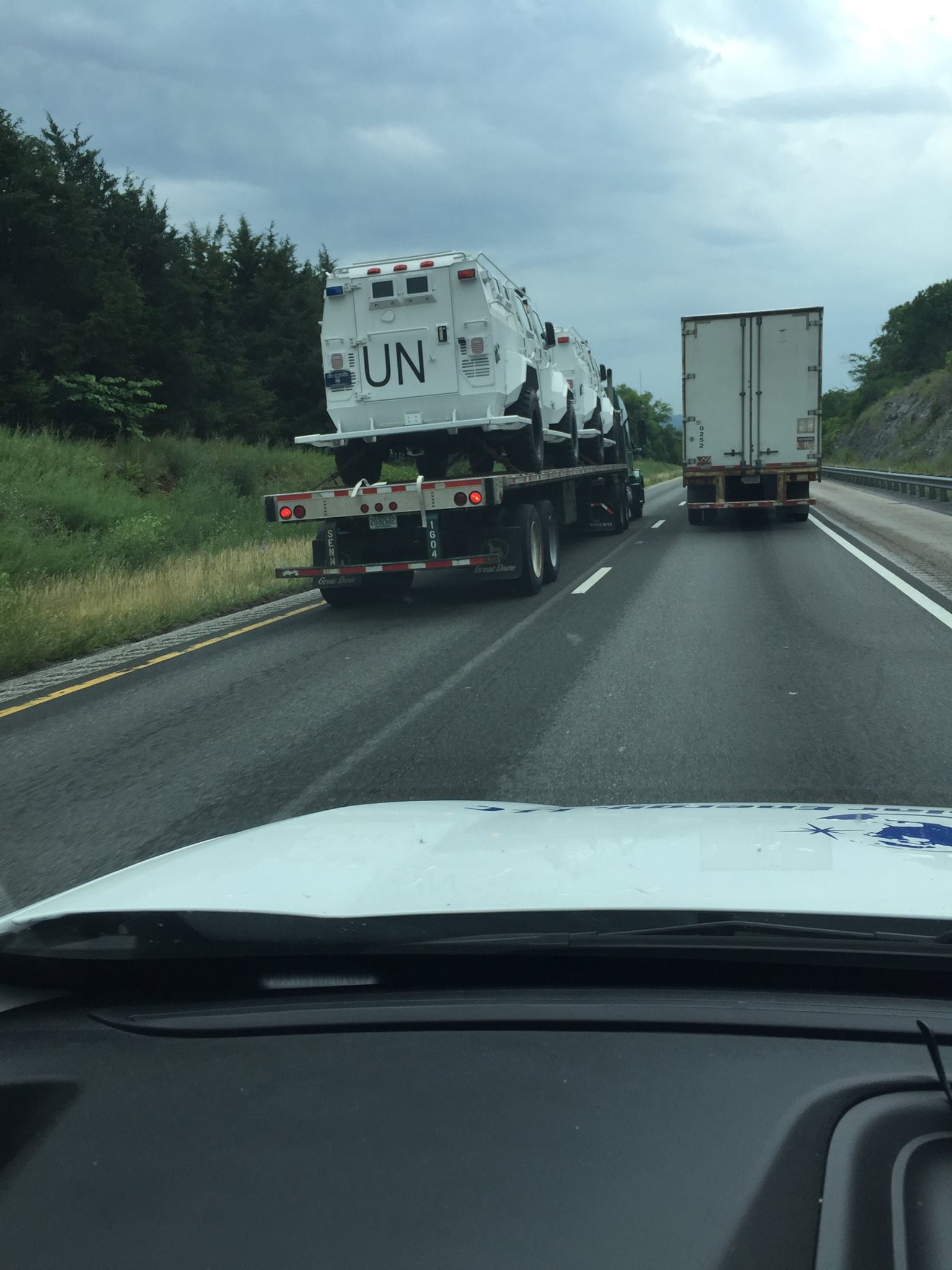 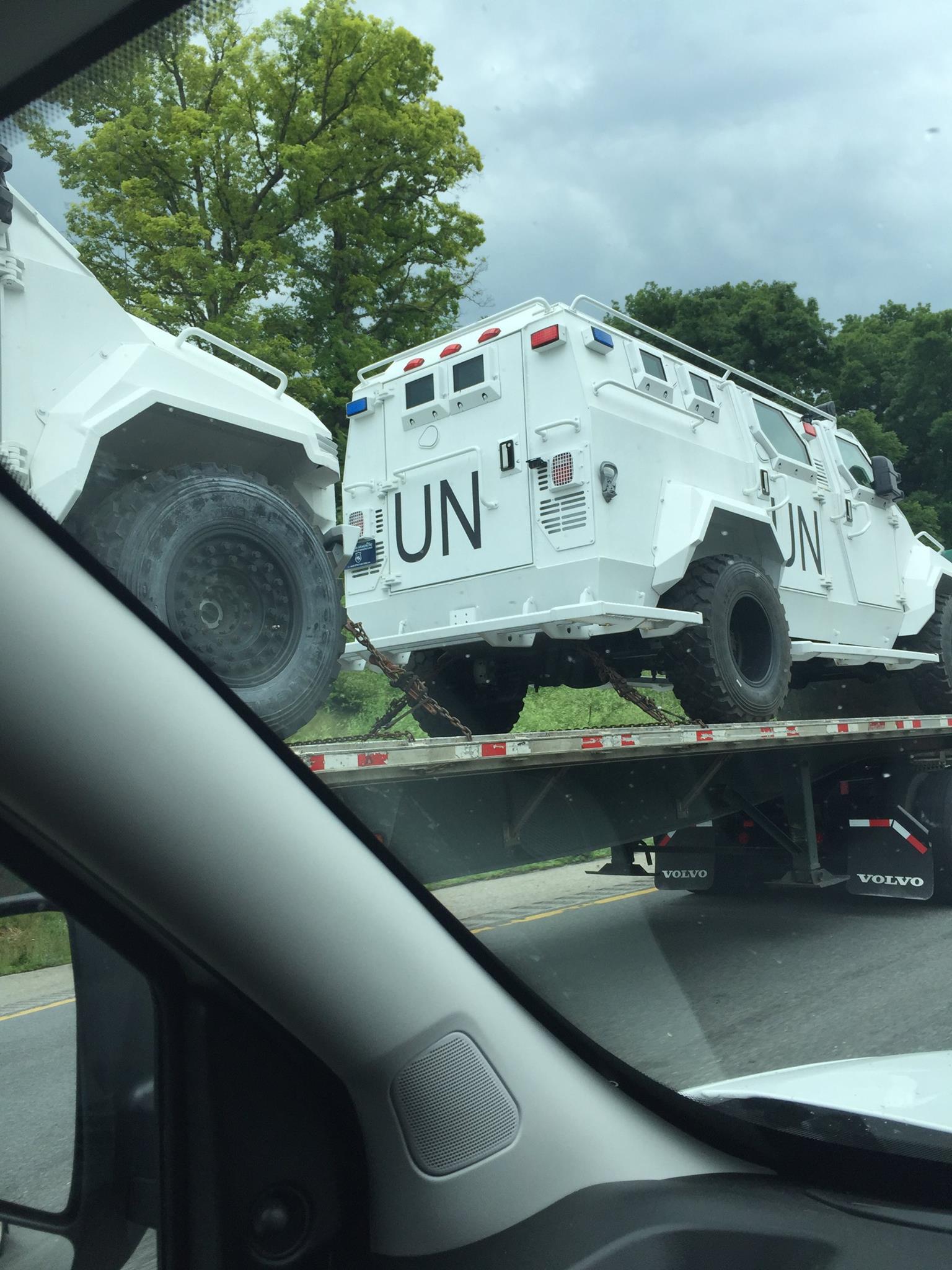 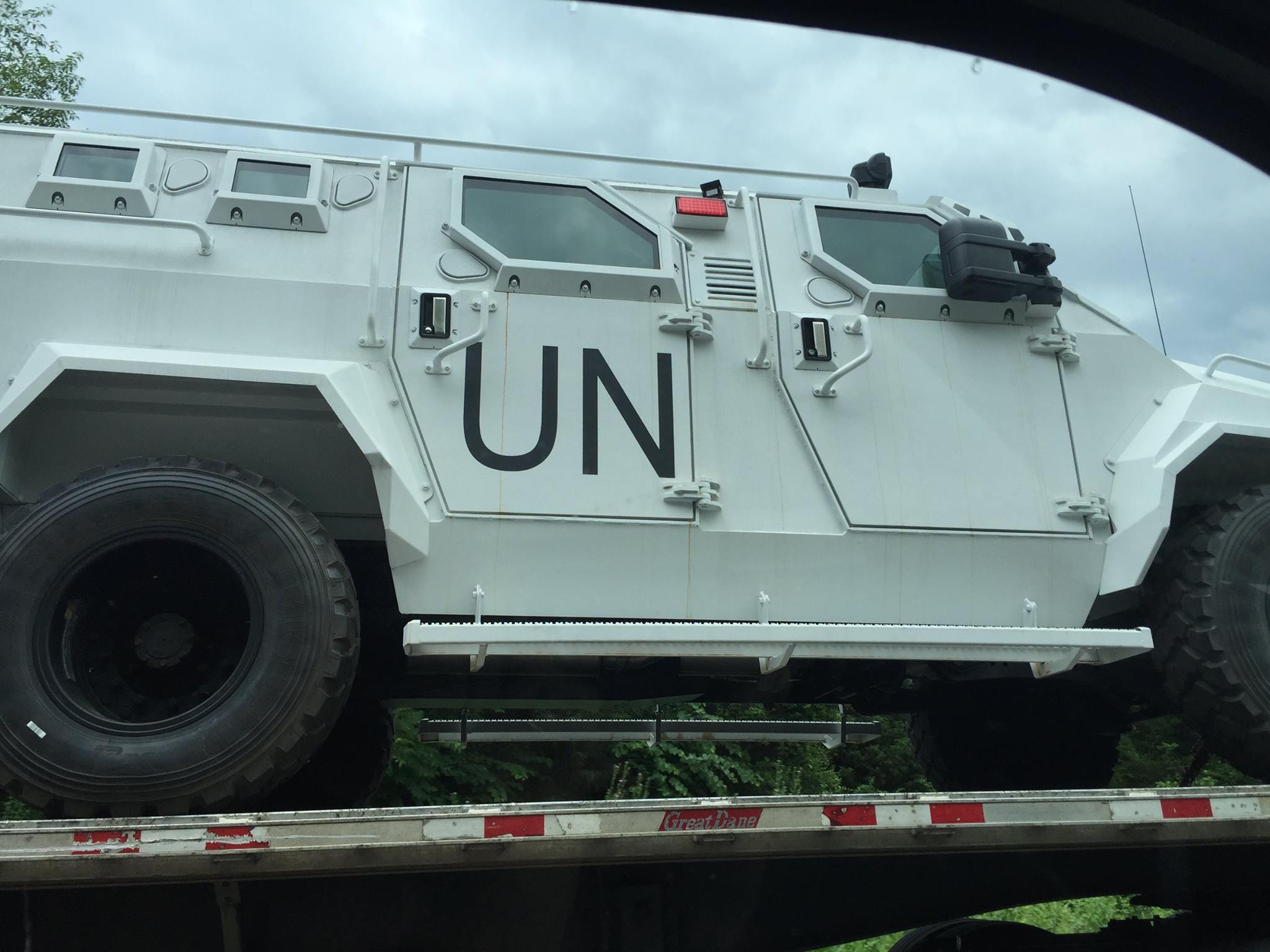 Why are these MRAP tank-like vehicles, bearing United Nations decals, being transported across the interior United States?

Does it bear a relationship to the deteriorating state of affairs, or impending riot control, martial law or economic collapse?

An explanation is not immediately apparent, those there have been many suggested explanations.

For the past day or so, military convoys have been witnessed traveling both North and South, with lines of equipment ranging from Humvees, troop transport trucks, and tankers to military personnel following the convoy in civilian vehicles. Interestingly enough, many of the soldiers traveling in the convoy were seen wearing helmets, an unusual procedure for a simple convoy. In addition, the convoys were carrying what appeared to be construction equipment.

Although the troop movement may indeed have been a routine convoy and the United Nations vehicles may also have been a routine shipment from a manufacturing facility or even a simple and benign transport, the controversy brewing in the United States elections and the potential for civil unrest, the dangers of economic collapse, and the potential conflict with Russia are all potentials for use of United Nations “peace keepers” inside the United States as many have posited in the past as well as for some type of “martial law” scenario.

One commenter on The American Mirror, where the sightings were discussed, seems certain that the explanation is nothing more than the shipment of UN vehicles produced by military defense contractor BAE for overseas shipment:

They’re built at the BAE Systems plant in York, PA. From there they carried down I-81 to I-77, and then I-95 towards the port of Savannah to be shipped overseas.

Regardless of whether or not these explanations are valid, it is certainly unsettling amid an atmosphere that often feels like it is escalating into civil unrest and other states of disorder, opening up the path for martial law and even foreign occupation.

What do you think is really going on?