Time Is Short To Kick Your Prepping Into High Gear – Food, Medicine Shortages Indicate The End Is Here

Looking through articles reported on locally, along with some stories reported on by the MSM nationally, as well as a couple of things recently highlighted here at ANP, we are seeing signs that time might be short to supplement prepping basics such as foods, water, medicines, precious metals, and other items that could be needed for survival or even for bartering purposes at a later date. Stefan Stanford recently reported on a CEO’s warnings of upcoming shortages and how the U.S. government has been preparing the often-talked about bunker under the Denver International Airport according to UK news, but when we step back and look at other recent reports in conjuntion with those, we note shortages already occurring, from medicine to food, with multiple items reportedly increasing in price, and we are reminded of how quickly the end is nearing. ‘IT’ IS COMING SOONER THAN YOU THINK Mutiple experts have been issuing dire warnings for months about a number of potential disaster scenarios facing the U.S. from EMP, to a total economic or market crash. In line with those warnings we see today that a Marine veteran sent an emergency alert to Steve Quayle after speaking to a man that said he was a former “chief critical infrastructure advisor” to the pentagon, with the vet stating that after speaking to this man he was “sleeping far less than normal and having nightmares regularly.” A portion of what he related shown below:

Further on in conversation discussing the state of the country and world he went on to tell me about just how bad it is and how bad it will be… He went on looking around as if to make sure we weren’t being listened to about the economy and how terrible it really is. He mentioned there are bread lines today but they are virtual in the form of EBT. He talked about Greece and Venezuela and how it will be much worse here. He said his major concern is ” the lights going out” or the power grid being compromised. He said it may go down as the fallout from a full scale economic collapse or because it’s a very unstable, easily compromised and out dated system. He said many places where things in the power system should if been replaced or upgraded they just had a ” bandaid” stuck on them. He said if there is a large scale prolonged outage especially in fall or winter untold millions will die. He asked me if I had a wood stove and told me to keep it ready. We talked for quite some time.  In closing he asked me what I knew about the ” debt ceiling”. I replied with saying that we have to ask to borrow money From other nations in order to pay our countries bills so to speak. He said that’s basically it but countries we borrow from realize there is no possible way we can repay our debt. They also know we are economically tied together so closely that if one key country go’s under its a domino effect. Sort of like ” to big to fail” businesses. He said countries are getting ready to back their currency by precious metals and after they do they are much more immune to the domino effect of defaulting countries. He told me how Russia, china and others are hoarding gold and artificially keeping the price down so they can afford it literal tons of it.  D day. He then asked me if I knew when the next debt ceiling was… Then he told me it was just after the election… He told me this fall- winter is it. There more than likely will be no more raising the ceiling… Game over.  He told me based on their calculations how hellacious the cities will become and fast. He briefly covered what places around the country would be safer than others and why he and his family settled where they did. Read the entire alert at Quayle’s website. We also note that recently Barack Obama offered a strange warning in recommending having an “evacuation plan” and a “fully stocked disaster supply kit,” ready, with his reasoning claiming it is to prepare for more powerful and devastating hurricanes, just one in many possibilities, in our opinion, of why everyone should be kicking their prepping into high gear. 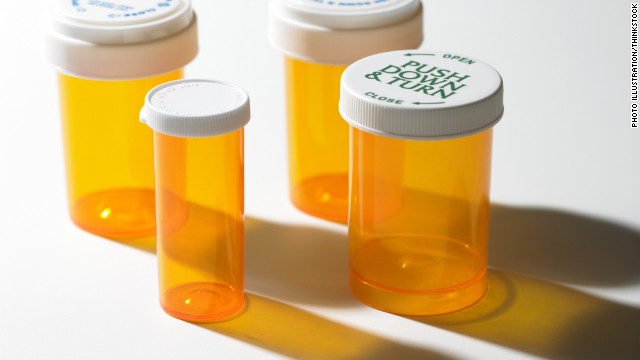 MEDICINAL SHORTAGES In early May 2016 NPR reported on the critical drug supply shortage at hospital ER’s across America, where drugs for non-acute or chronic care have eased to a point, the shortage of drugs that “are essential in emergency care,” have increased in the same time frame. The FDA keeps track and lists drugs that are in short supply on their website, but recent reports of tuberculosis(TB) cases rising in America for the first time in 23 years, and measles outbreaks in the U.S., and other deadly diseases making a comeback due to the illegal immigration issue and a lack of proper medical screening with the Refugee Resettlement Program, along with reports from 2015 on shortages of drugs to treat things like TB, which is a highly communicable disease. We also just ran across a new report that drug to treat syphilis runs short as infection rates in LA County soar. These are just some examples of why we believe we will see widespread disease rip across the U.S. in the case of any upcoming event or disaster. The shortages in and of themselves indicate an economy that is breaking down. 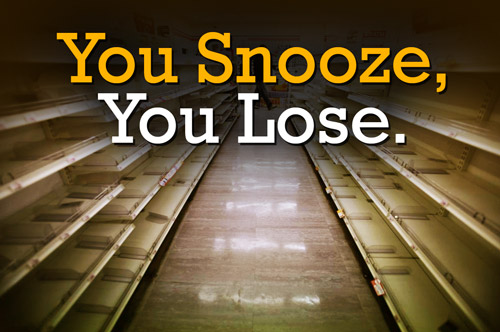 FOOD SHORTAGES AND FOOD PRICE INCREASES We have all seen how fast store shelves become barren as “panic” shoppers decide at the last minute to prepare, one recent example was the “snowmegeddon” storm Jason, where image after image came out of empty store shelves, so waiting until an emergency or disaster actually hits…. is too late. 44,391,436 persons in February 2016 recorded as still  participating in the food stamp program (SNAP) in America, and approximately one in five Americans receives some type of government assistance each month.  46.7 million people (14.8 percent) were in poverty in the U.S., 15.5 million (21.1 percent) listed as children under the age of 18 and 48.1 million Americans lived in food insecure households, including 32.8 million adults and 15.3 million children. (Data via Feeding America)

Sign up for The Daily Coin Newsletter Here! Those numbers show America already has a hunger and poverty problem, but reports also indicate that there are food shortages, such as vegetables, where according to the USDA’s own dietary guidelines it is recommended that adults consume 2.5 to 3 cups of vegetables a day, but only 1.7 cups per person are available. Interestingly enough, while not reported by the MSM nationally, we see sporadic reports from local news reports about the rise in food prices nationally, but according to the USDA government website, “While the all items CPI has risen 5.4 percent from 2011 to 2015, the all-food CPI rose 8.5 percent over the same time period, just under the 8.7 percent rise in housing costs. Livestock diseases, major weather events, and shocks to global food markets have caused price inflation for food to outpace many other consumer spending categories. Only prices for medical care and housing have risen faster than food prices.” Those numbers are projected to continue to rise. 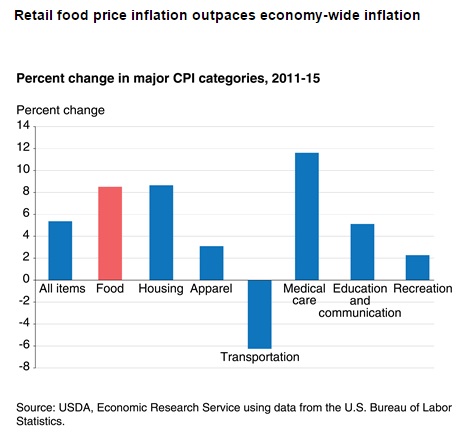 All one has to do is look to Venezuela where projects show that inflation is set to hit up to 1,200% to understand how bad things can get when an economy collapses, or when an “event” happens that brings about the same result. When experts starting warning us of possible upcoming events, when we see food prices start rising and shortages being reported for food, medicines and other types of necessities, it is indicative of the the last stages and signs of eventual collapse, and is reason to use resources now to kick your prepping into high gear because once the store shelves are empty and delivery trucks are idle, prepper items will be depleted fast and inventory will not be restocked. 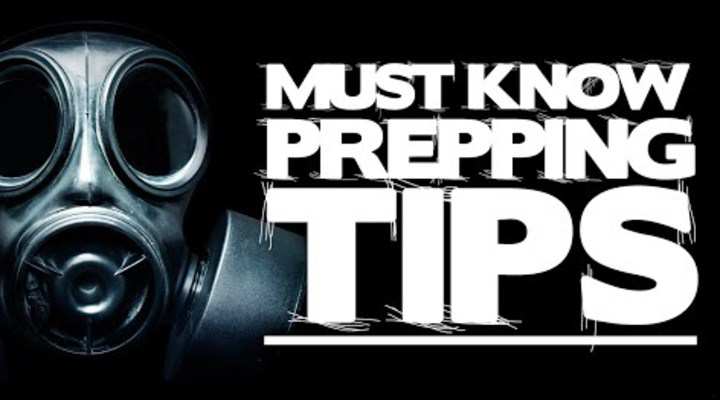 Food and water are going to be key and many are already preparing by stocking up on survival foods, but another thing we highly recommend is learning how to grow your own food  because eventually survival supplies will run out. BOTTOM LINE The bottom line here is that a number of events are happening daily and even weekly that tell us that time is short and the end is near and it can all be summed up in the following quote I received this morning via email, which stated “The old cliche of would have, should have or could have, will become your headstone if you fail to act while you still can.”