If Clinton Is Indicted, It will Mark the End of America As We Know It

by Dave Hodges, The Common Sense Show Hillary Clinton did not cooperate with the State Department inspector general and his investigators, in the latest round of fact finding, but she has  maintained that she is  willing to talk with the FBI.  However, she then told MSNBC the bureau has not yet scheduled an interview. That’s not quite the picture that known facts portray.

The most recent State Department inspector general report, finds Hillary Clinton broke government rules with her personal email use, and it exponentially increases “the likelihood and pressure for the Justice Department to pursue criminal charges, an intelligence source familiar with the FBI investigation told Fox News”. At issue are the 2,100 classified emails discovered on Clinton’s private server constitute a violation of federal code, including the Espionage Act’s 18 USC 793, known as the “gross negligence” statute. According to Fox News intelligence source, FBI Director James Comey plans to make a recommendation based on the evidence, to pursue criminal charges. However, the decision to prosecute ultimately rests with Attorney General Loretta Lynch. Lynch is the Lynch-pin with regard to the criminal prosecution of Hillary Clinton. Will she acquiesce and indict Clinton? The odds are slim and none. The DOJ could find dead bodies inside her computer, and Loretta Lynch-pin will not indict, the NWO heir-apparent to the presidency, Hillary Clinton.

Due to Her Own Criminal Background, Lynch Does Not Indict Fellow Democratic Criminals 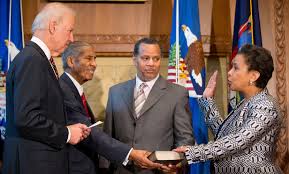 Loretta Lynch sworn in as Attorney General, as she swore before Almighty God, to protect and defend the Constitution.

In the aftermath of the San Bernardino, ISIS-inspired mass murder of 14 Americans, Attorney General Loretta Lynch, took it upon herself to violate the First Amendment of the Constitution based solely on her own authority, when she announced that her office was going to prosecute any journalist who dared to say anything critical of Muslim inspired terrorism. Of particular interest to Lynch is her intention to prosecute journalists who dare to criticize the Refugee/Resettlement program of the Obama administration being carried out on behalf of the United Nations in which Muslims (no Christians) are admitted to the U.S. without being screened for threats to national security. It was during this same time frame, that Doug Hagmann had a clandestine meeting with a Depart of Justice official who informed Doug that Lynch has created an entire DoJ division of over two dozen employees which is headed by an U.S. Attorney. While attending Harvard Law School, Lynch advocated and helped to organize the presence of PLO terrorists to come to Harvard University. Her group would not allow Jewish students to challenge the views of the PLO. The PLO is a known terror group. At that time, in 1984, the PLO was actively advocating for acts of terrorism against Jews and they further supported efforts to destroy Israel. The would-be Attorney General supported Jew-hating terrorists. However, she has an issue with journalists criticizing the act of bringing in unscreened Muslim immigrants who come from a part of the world that is decidedly anti-American. 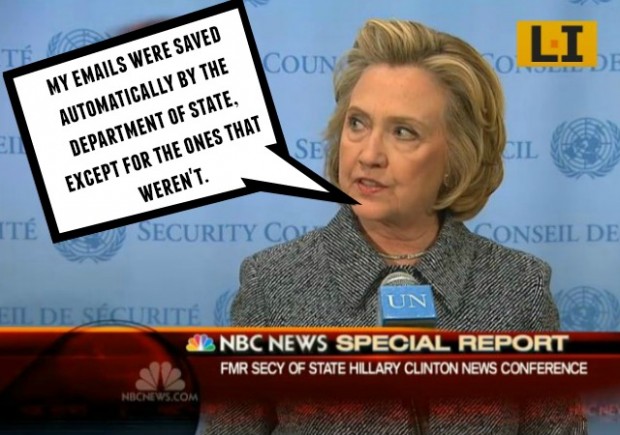 Loretta Lynch was a charter member of an all-black Harvard sorority, the Xi Tau Chapter of Delta Sigma Theta Sorority  along with Eric Holder’s wife, Sharon Denise Malone. White females were not allowed to apply for admission. Lynch’s association with the Holder family is very concerning to say the least. Former Attorney General, Eric Holder, left the position in a cloud of controversy as he was found in contempt of Congress, for his refusal to tell Congress what he knew about the illegal gun sales to Mexican drug cartel members which led directly to the murder of Border Patrol agent, Brian Terry in what became known as Fast and Furious. Loretta Lynch is of the same ilk as Eric Holder. Who could forget the Black Panthers with billy clubs, along with their silly paramilitary outfits as they blatantly confronted voters at a voting station?  Holder was shown video, proof, and took no action.