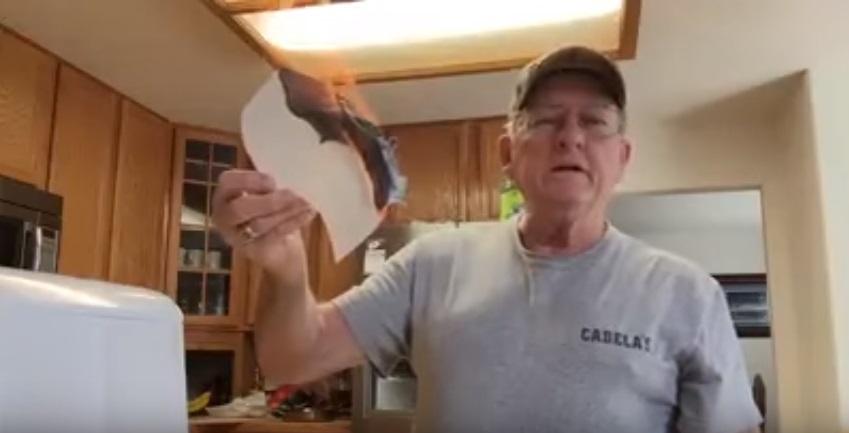 (Colorado GOP Voter burns registration) All hell is breaking loose and the GOP revolution is starting in Colorado after they decided voters aren’t actually needed and slated delegates that voted for Donald Trump are denied entrance into the CO convention after their names were stripped from the rolls and the caucus, which would have been where the voters chose their candidate to bind the delegates to a candidate, was cancelled. Via Denver Post:

Colorado will not vote for a Republican candidate for president at its 2016 caucus after party leaders approved a little-noticed shift that may diminish the state’s clout in the most open nomination contest in the modern era.
The GOP executive committee has voted to cancel the traditional presidential preference poll after the national party changed its rules to require a state’s delegates to support the candidate who wins the caucus vote. The Colorado GOP’s intent for taking this unprecedented move was made abundantly clear immediately as they tweeted the following on their official Twitter account:

That tweet was deleted but the Internet being forever, it was captured for prosperity and after seeing it, no one is in any doubt as to why Ted Cruz was given the CO delegates by the CO GOP party officials. As Gateway Pundit so clearly shows, Cruz delegates were listed twice on the convention ballots and Trump delegates omitted. (Screen shots at the link) 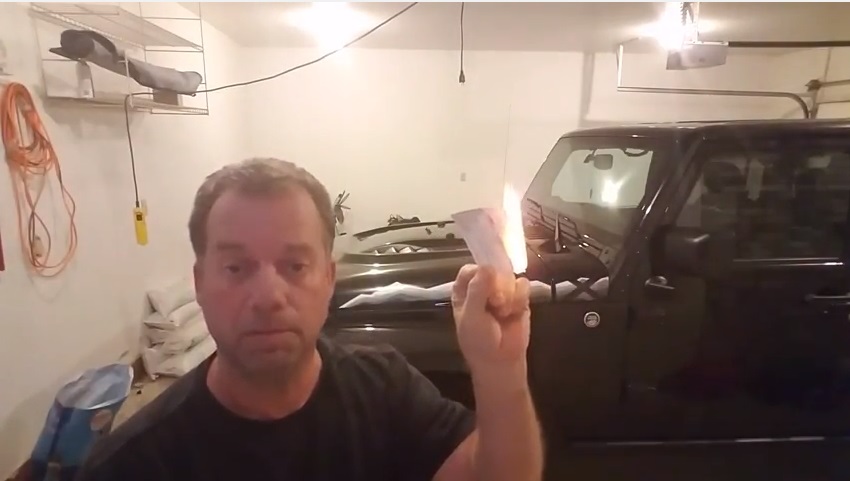 (Colorado voter burns voter card) THE VOTER REVOLUTION BEGINS IN COLORADO Below we see the “process” from one man’s point of view after he shows up to the convention in the first video, is denied entrance because his name was wiped off the list. In his second video his absolute fury at having been removed from the rolls as he explains his precinct leader threatened to do so if he voted for Donald Trump, making him disenfranchized as a voter and a delegate . In the third video he publishes,  he burns his Republican registration.

It’s bad enough the two parties in Colorado don’t have presidential primaries in which many more voters would participate. The caucuses already limit participation to a narrow slice of the electorate. But the fact that the Republican leadership then took matters a step further and deprived even that narrow slice of voters a voice in one of the most competitive, consequential political nominations in memory – and perhaps in history – is mindboggling.
It’s likely that some Republicans who show up Tuesday will be surprised to learn their presidential preference is of no consequence. Perhaps someone should be on hand to explain to them why party democracy is apparently too disruptive and unpredictable to be trusted.

Donald Trump has blasted Colorado for their antics, calling this move “totally unfair,” and correctly pointing out that Colorado residents “had their vote taken away from them by the phony politicians.” It isn’t just Colorado, or their state leadership, but the GOP as a whole has been attempting the #BigSteal, doing everything and anything in their power to wrest control back from the voters in order for the establishment to once again “select” the candidate of their choice, rather than abiding by the will of the people. When Trump stated “‘Biggest story in politics. This will not be allowed,” he is correct and Colorado residents are figuratively firing the first shot at the GOP leadership. Perhaps it is time for the rest of the nation to do so as well. CONTACT INFORMATION FOR THE GOP

Email: ecampaign@gop.com NRCC Contact Form- https://www.nrcc.org/contact-form/ GOP Facebook: https://www.facebook.com/GOP Chairman Reince Priebus Twitter – https://twitter.com/Reince Reince Priebus at Facebook – https://www.facebook.com/ReincePriebus Write a public note to Reince – http://www.fastnote.com/reince-priebus BOTTOM LINE It is time to send a very loud message to the Republican leadership, whether it is refusing to donate one single penny to the party or boycotting the businesses of GOP donors, or emailing, calling, writing a public note, creating a video to send them a message, burning your voters cards….. or all of the above, we would love to hear what you are doing to fight back and to #StopTheSteal in the comment section below. If the GOP believes they do not need the voters now, they should understand they won’t have those voters in November against the Democratic nominee. [UPDATE] Colorado Protest at GOP Headquaters planned for Friday, April15 at 3:00PM.

The Colorado Republican Party shamefully silenced its voters this election season. We demand that Colorado give the power to vote in the Presidential Primary to the voters. We will exercise our right to assemble and peacefully protest the corruption of the Colorado GOP and disenfranchisement that we the voters have suffered.