NSA Chief Warns Black Energy Attack On U.S. Power Grid A ‘Matter Of When, Not If’ – Lights Out Scenario Not A Myth But A Coming Reality 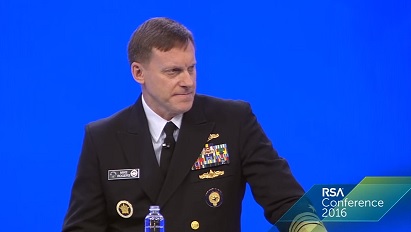 On March 1, 2016, Admiral Michael S. Rogers, U.S. Navy, Commander, U.S. Cyber Command, Director, National Security Agency/Chief, Central Security Service, was a keynote speaker, one of many the Obama administration rolled out  at the 2016 RSA Conference, in order to push for more cooperation by the tech industry with government agencies, but Rogers’ warnings and predictions should be enough to convince even the most skeptical among us that a “lights out” scenario as well as a massive cyber attack on financial institutions, is not a “conspiracy”  or “doom and gloom,” but is an eventuality. The warnings and predictions Rogers makes comes from having access to the most detailed information available,  and he states clearly that it is “only a matter of the when, not the if, you are going to see a nation state, a group or actor engage in destructive behavior against critical infrastructure

in the United States.” Rogers continues on to reference the December 23, 2015 event in Ukraine where an actor penetrated the Ukraine power grid and took large segments of it offline. According to Ars Technica this first-ever hacker caused power outage, using highly destructive malware dubbed “Black Energy”  signals a “troubling escalation” in cyber attack capabilities. Reports indicate that hundreds of thousands were left without power from that attack. Via that article: “It’s a milestone because we’ve definitely seen targeted destructive events against energy before—oil firms, for instance—but never the event which causes the blackout,” John Hultquist, head of iSIGHT’s cyber espionage intelligence practice, told Ars. “It’s the major scenario we’ve all been concerned about for so long.” [….] According to ESET, the Ukrainian power authorities were infected using booby-trapped macro functions embedded in Microsoft Office documents. If true, it’s distressing that industrial control systems used to supply power to millions of people could be infected using such a simple social-engineering ploy. It’s also concerning that malware is now being used to create power failures that can have life-and-death consequences for large numbers of people. Rogers continues on to the strategies the cyber attackers used, where the goal was not just to knock out the power grid but to watch the response and to learn how to slow down that response to restore power. He then states “Seven weeks ago it was the Ukraine. That isn’t the last we are going to see of this. That worries me.” The eventual attacks against the U.S. power grid is not Rogers only concern as he then speaks about “data theft” and the potential to cripple the nation’s financial institutions as he asks “what happens when that same activity is used to manipulate data or manipulate software or products and suddenly we can no longer trust the data we are visually seeing?” “What are going to do as a society when you go to your bank account, and the numbers don’t match what you think is reality?”, Rogers asks. “What do you do if you are a business and the  financial transactions you have created, that you’re seeing don’t reflect what you believe reality is?” The third and final area that concerns Rogers is “to date, most non-state actors have viewed cyber as a tool to recruit, to spread ideology, to generate revenue, to coordinate widely dispersed individuals. What happens when some of those same actors use cyber as a tool for destruction?” The quoted statements referenced above come at about the 28:45 minute mark when he details his big three concerns going forward. Because we at ANP believe that knowledge is key, and preparation for the type of event that Admiral Rogers tells us is coming, is critical to surviving not just a lights out scenario but any type of “event” where food will be scarce, grocery store shelves empty and basic necessities unavailable, below the video is another set of links to sites that offer tips on prepping. LINKS WITH PREPPING TIPS 21 Prepper Tips I Wish I’d Heard BEFORE I Started Prepping Ready Nutrition The Daily Coin.org/preparedness SHTFPlan List of Prepper Websites 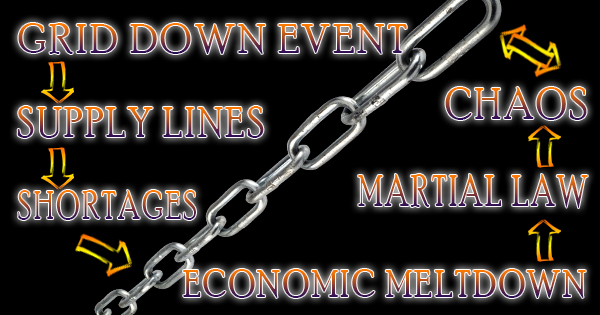