‘If You Can’t Leave The Country, Leave The Urban Areas’ And ‘Get Right With God’ 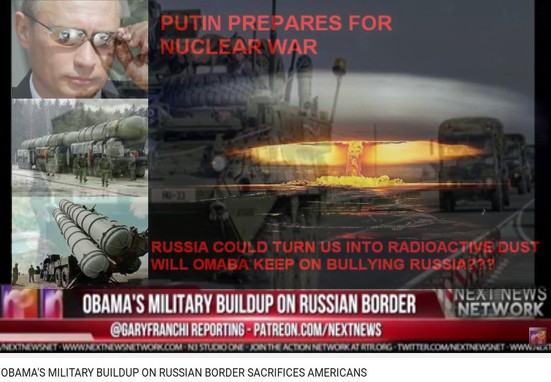 According to the note from Steve Quayle seen via a screenshot of his website below, the new SQAlert from retired US Brigadier General ‘Greg’ is the most important alert that he has ever posted. After thoroughly reading through it, we agree strongly and have decided to emphasize this warning in this story, using recent past and present day news stories to help prove just how dire his warning really is. If you haven’t read it yet, this may be our final warning. With the US presidential election now almost directly ahead of us and the eventual nominees for each party practically set in stone, we see this warning to us of coming ‘total war’…upon American soil…as not only a harbinger of what’s to come but a final warning to ALL Americans, especially those in high places, to ‘choose wisely’. The future of America and much of humanity is clearly at stake. 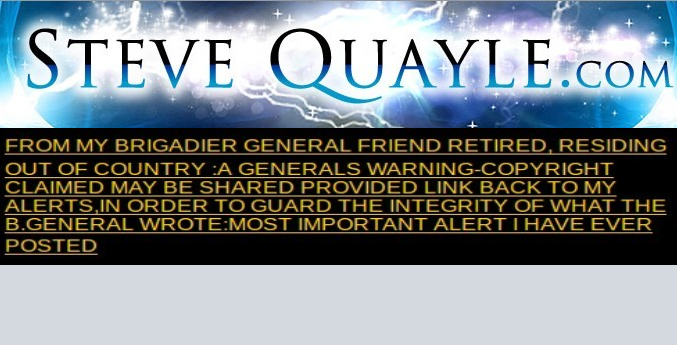 According to a story originally published in the Observer back in August of 2015, if new hostilities started between the US and Russia, Russia would not allow it to remain a ‘proxy war’ and would bring the fight directly to US soil. As this retired Brigadier General tells us in the alert republished below, he believes the next war will see the general US population targeted (and stunned at the devastation) and he believes the next war will destroy the status quo and usher in the ‘New World Order’. Telling us that this will be a war that affects EVERYONE here in America, not just the men and women in uniform, we also learn that it will leave our economy decimated and be a battle where more people die than all other wars combined. As Gerald Celente has been consistently telling us, when all else fails, they bring us to war. As everyone knows who has been paying attention, the globaleconomy is failing and even many experts who have spent much of their careers

in government and the financial sector say there is nothing that can be done to stop the coming financial carnage. The collapse is here. Almost most amazingly, while most wars last months, years or even decades, we’re told the next war will likely only last 2 to 3 weeks. Imagine the kind of carnage that would likely be involved to cause more deaths than all other wars combined…in only 2 to 3 weeks! Are we about to witness the warning given by the ‘Georgia Guidestones’ of the culling of the population coming true? If war is on US soil, we’d think that Washington DC would be a likely target. Is that why they’re prepared to move the ‘capitol’ of this coming ‘new world order’ underground…to Denver? 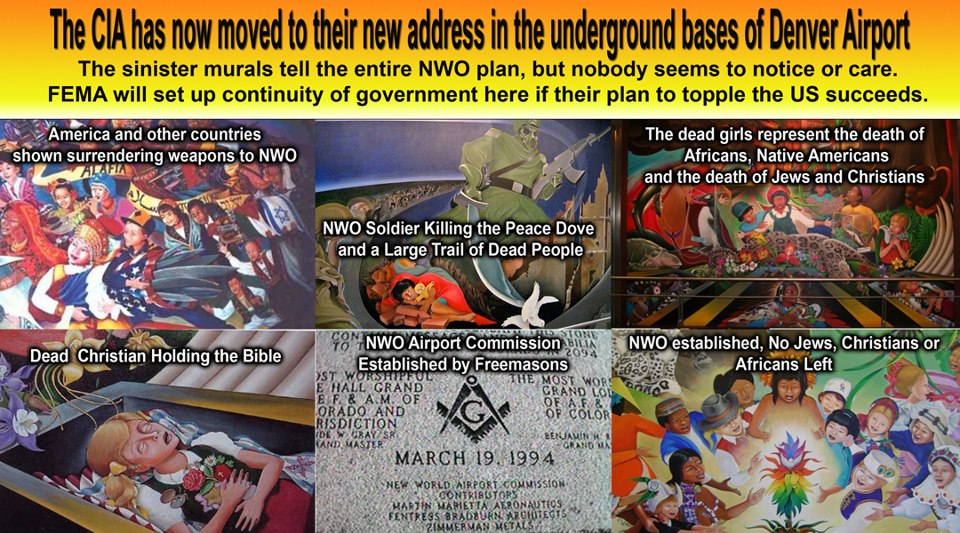 As Gary Franchi of the Next News Network tells us in the 1st video below, the fact that Barack Obama is now leading a $3 billion dollar arms buildup on or very close to the Russian border is putting Americans in danger. Why would Mr. Obama put more Americans lives in danger and continue to poke at the Russian bear? US President Barack Obama is pushing for a significant military increase in Eastern Europe, citing fears of Russian “aggression.” As American authors Lawrence Korb and Eric Goepel point out for Defense One, the plan is wasteful and an unnecessary provocation.

“…The [US] Department of Defense has fallen back on a tried-and-true Cold War boogeyman: the threat of Russian aggression against allies in Europe,” Korb and Goepel, both with the Center for American Progress, write for Defense One.

“A NATO buildup of this magnitude also neglects to take into account just how provocative such a move would be; by concentrating troops on Russia’s border, we are playing into Putin’s long-standing criticisms of NATO encirclement.”
“The United States is on the cusp of launching an unnecessary, expensive, and potentially dangerous plan to modernize its strategic nuclear forces,” Professor Gordon Adams and Richard Sokolsky write for Defense One, “helping stimulate what is being called a ‘new nuclear arms race.'” 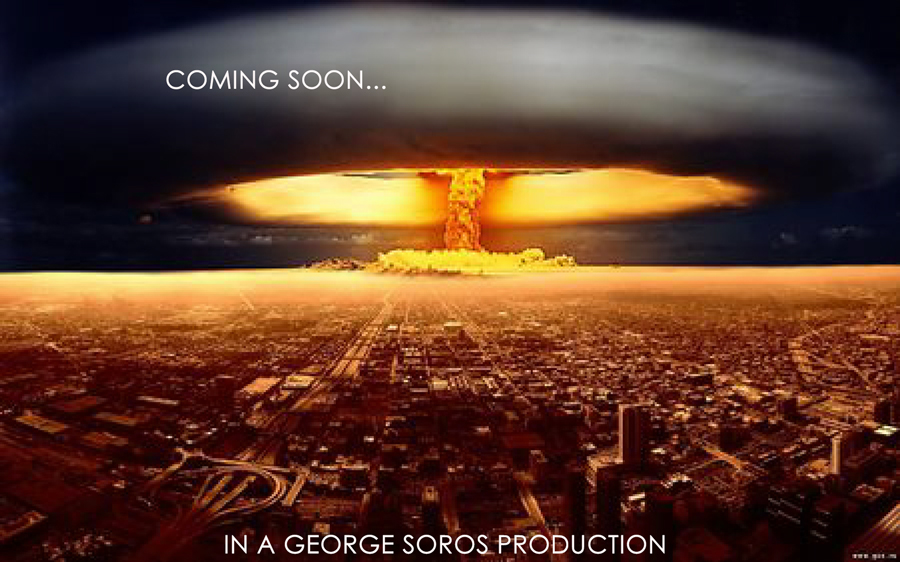 If somehow we make it to the general election in November of 2016 w/o WW3 beginning or Mr. Obama taking away Americans right to vote, it has become clear that Donald Trump is the only remaining candidate NOT calling for World War 3 as heard in the 2nd video below from Infowars. In fact, as has been proven in this new story from Infowars, the Neocons will be voting for Hillary Clinton after penning a scathing open letter declaring war on Trump. Americans have never had a better opportunity to clearly see that there really has been no separation between the Democrats and the Republicans with the Neocons now pushing for Hillary Clinton, who would likely be even MORE of a warmonger than George Bush, Dick Cheney and Obama. Does America REALLY need ANOTHER war criminal in the White House and another war, on US soil? Does Hillary even care about what her actions overseas are leading to here in America? Remember, Hillary is largely responsible for the TOTAL MESS the Middle East is in right now. We all know that the ‘Clinton Body Count’ is lengthy and still growing and judging by Hillary’s warmongering past, if she becomes president, she’ll likely be just another warmongering psychopath in office. We see that Donald Trump is America’s only option if we hope to avoid the next world war. If Barack, Hillary and the Neocons really want to start a war with Russia, they’d all be best served by remembering that Russia has promised to bring the ‘next war’ to US soil. If the warning given to us below videos by a highly respected, retired US Brigadier General is any indication, hundreds of millions of Americans could soon die due to more horrific decisions made by Barack Obama (or a ‘president’ Hillary Clinton).  As we are also told below, Americans shouldn’t expect God to be on our side in future wars. “We chose to abandon Him, so He honored our free will.” We’re also told to prepare for war here in America, on US soil…by getting out of America if possible…and if not, by getting out of the heavily populated areas. Most importantly, we’re told that now’s the time to get right with God if we haven’t already. As our nation is headed towards self-destruction the question is asked and answered by the retired Brigadier General himself.: “Is there hope? Of course…but it would require repentance and revival on scale we have not seen for a long time in the US. Fast and pray.” FROM MY BRIGADIER GENERAL FRIEND RETIRED, RESIDING OUT OF COUNTRY :A GENERALS WARNING-COPYRIGHT CLAIMED MAY BE SHARED PROVIDED LINK BACK TO MY ALERTS

Please read the rest of this important SQAlert here and, as always, please share videos, story links and your thoughts in the comment section below. 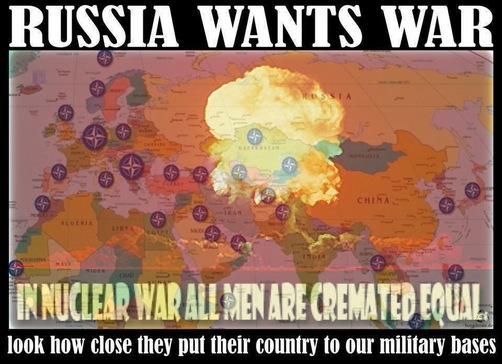