More Signs They’re Preparing For ‘America At The End’ 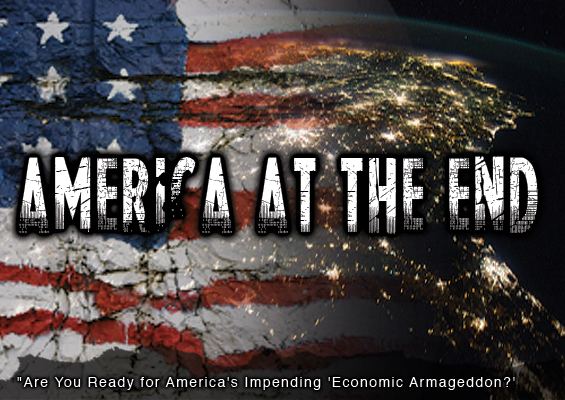 During the 1980’s, very few people knew that the former Soviet Union would disintegrate by 1991 yet all around them, during the years prior to its’ disintegration, signs had begun emerging which, had they been paid attention to, could have been used to help see what was coming down the road. In America in 2016, we’re now seeing similar ‘cracks’ seen in 1991 in the Soviet Union as the globalists attempt to apply their finishing touches and turn our once sovereign-nation into another ‘serf’ nation. As financial expert after financial expert have warned us of cataclysmic events ahead of us, Americans suffer further losses of individual liberties while corporate/government elitists continue to attempt to consolidate their power while fearing the masses will begin to rise up against them. Will the mass awakening taking place across America be too late to save our once great nation or will we soon go the way of the former USSR or much worse?

We take a look below at more of the signs of America’s disintegration as well as remember a great ‘Truth Warrior’ who is no longer with us, Charlie McGrath, founder of Wide Awake News who passed away on January 8th. Charlie’s final video to the world, “Shocking Truth….Fight or Die,” is embedded 1st video below. We also take a look below at two SQAlerts and a warning from ANP reader Godzilla who shares with us stunning new proof Americans are being lied to in a huge way. 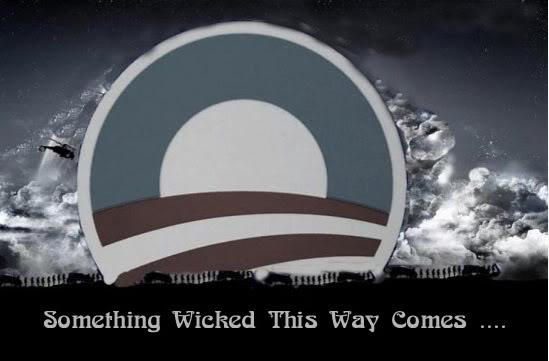 We recently learned from Zero Hedge of a sickening story of Saudi Arabia buying up farmland in drought affected regions in the US southwest so that they can grow products to ship back to the Middle East. We are well aware that China has been buying up parts of America as the Washington Post reported last June that China is buying up parts of Oklahoma and Texas. America is being sold out from under our feet and that is just the start of it. Now we’re even getting signs from the big banks that all is not well in their world’s as the Royal Bank of Scotland economists warn to ‘sell everything‘ while another leading economist warns that an 80% stock market crash will likely strike in 2016. Will 2016 be the year that the global financial and political worlds fall apart? As ANP reader Godzilla shares with us below, Americans are also still being lied to by our public servants in a huge way. Why?

As several ANP readers have pointed out including Godzilla, there is something seriously wrong with the story that we are being told about the US Navy boat that was allegedly ‘captured’ in Iranian waters. Is there more to that than meets the eye? Shared below is the warning from Godzilla while below videos are two SQAlert’s that also look at this same very strange story and help to prove that something is going very, very wrong in America. From Godzilla.:

Hi folks! I have some info that should be heard and seen by as many as possible. The official story on the recent activity with Iran and two US Navy boats is little more than bulldookie. There are two versions and the truth one is classified. But what isn’t classified is being ignored by the media. I have a friend with access to this information, both classified and non-classified. I ask questions, sometimes I get direct answers, other times, I get less than direct answers. Here is what I have received today on this important issue

1. The Iranians STILL have both boats.

3. The RG navy answers only to the guy at the top, unlike the regular navy.

4. The boats were not in Iranian waters.

5. The boats were not broken in any way.

6. These boats could have destroyed any vessel that Iran has in it’s arsenal.

7. The “Rules of Engagement” did not allow for the sailors to fight back.

8. This is a response to the situation:

These attack boats are state of the art. Riverine Command Boats…..NGPS with back up GPS that work off different satellites. Twin powered diesel mated with waterjets…each powered seperately. Breakdowns…….nope. navigational errors…..nope.

The one good thing about the incident…..both units were “scrammed” prior to boarding.

Scrammed means a complete meltdown of all operational communications and code equipment. Scram is verified by transponder codes at time of initiation. All verification codes were received prior to boarding.

9. Our sailors were sent there, under orders.

10. The sailors screwed Obama and his plans to swap the technology under the guise of broken boats in Iranian waters, by scramming the boats, which Obama and his idiots probably didn’t have a clue on how our military does business.

11. John Kerry has lied to the people about everything being released, proof that this is on purpose.

12. The media helped by making sure the story “FOCUSED” on the sailors, not the boats. Very little info on the boats was ever provided.

13. Obama and Kerry have now committed treason, by attempting to share classified technology with a foreign nation without proper  authority.

14. Our sailors did their job, there will be no technology gained. See #8

Conclusion: WTF! Why haven’t the boats still in Iranian control being talked about? Remember when out Navy plane had to land in China and all the news on that? If you didn’t know who your enemy was before today, you now have a big clue! 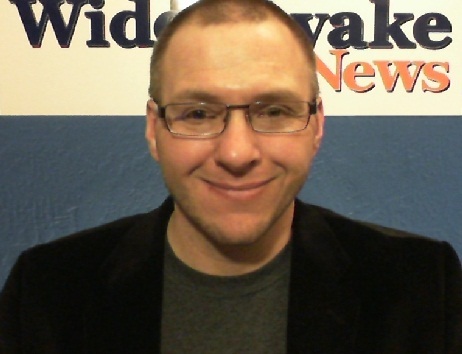 In the videos below we take a look at Saudi Arabia buying up farmland in America in the 3rd video below from Brother David Michael —- Christian Truther while the 2nd video called “The Gray State Of The Union 2016” takes a look at the many signs that we’re now seeing that we’re approaching very dangerous times ahead for Americans. Our videographer in the 2nd video also shares the sad news of the passing of Charlie McGrath, founder of Wide Awake News and an ever present voice in the alternative news community on his very popular youtube channel. We have embedded one of Charlies final videos below, “Shocking Truth….Fight Or Die”, created the day before he went to be with our Lord. Rest in Peace Charlie.