The Beginning of the End: Newly Discovered Superbug In Imported Meat Resistant to All Antibiotics 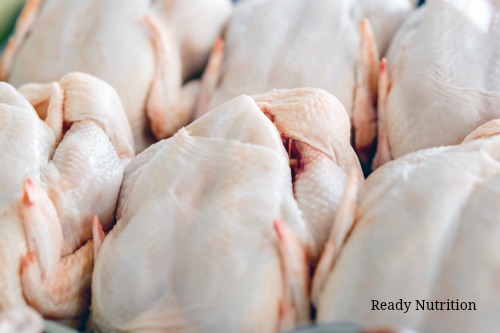 Many of you reading this are alive today because of antibiotics. It’s a marvel of the modern world that has given us so much life. But because of our abuse of antibiotics and regularly consuming dairy products and eat meat that were given antibiotics, bacteria are growing resistant and causing many of the “last resort” antibiotics to be less powerful than in years past. Inevitably, infections we used to easily treat will evolve and become resistant them. These “superbugs” now threaten to derail decades of medical progress – and no one will be safe in a post-antibiotic world.

The Beginning of the End

Perhaps, the not-so-distant future is already upon us. Last month, a scientist discovered a gene resistant to colistin, an antibiotic of last resort. The mcr-1 gene has been found in coli bacteria among pigs, broiler meat and humans in China.  The researchers from South China also found this resistance gene in E. coli and Klebsiella pneumonia isolates from 16 hospitalized patients’ blood, urine or other sites. The isolates were all very resistant ESBL bacteria to begin with, so now were resistant to all antibiotics.

Sadly, there’s more. According to a team from the Danish National Food Institute, they reported “that they also searched their collection of bacteria, looking for this new gene. They found the mcr-1 gene in the blood of a patient and in 5 poultry samples that originated in Germany between 2012-14. The patient had not left the country and was believed to have become infected by eating contaminated meat. The genes found in the poultry were identical to those from the Danish patient and from China.” Why is this important? The mcr-1 gene transfers resistance to E. coli, Klebsiella, Pseudomonas—common bacteria—by plasmids, small bits of DNA that can be transferred to different types of bacteria. Previously, colistin resistance was transferred on chromosomes, and therefore affected only those bacteria and their descendants. Plasmid-borne resistance genes are more likely to be rapidly spread widely, and can spread between species of bacteria. According to George Washington University’s Dr. Lance Price, it’s a bit less likely to be a problem with Salmonella for now, as “we don’t have those bordering on pan-resistance like E. coli.” One of the problems is that colistin is widely used in China’s agriculture industry. Co-author Professor Jianzhong Shen explains, “The selective pressure imposed by increasingly heavy use of colistin in agriculture in China could have led to the acquisition of mcr-1 by E. coli.” Source

This new antibiotic resistant superbug could cause worldwide issues with massive health implications. Perhaps the House will reconsider adding the country of origin labels back on meat so this pressing issue will not create an endemic in other countries. To add insult to injury, the USDA has a rather controversial chicken arrangement with China. Even though China has appalling food safety standards, the USDA allows chicken and seafood to be sent to China for processing before being shipped back to the states for human consumption. This has sparked outrage considering many foodborne diseases in China were caused by human error. Could this be another large-scale health crisis waiting to happen? To circumvent this pressing matter, perhaps we should consider seeking out locally grown food sources. For the last ten years, the number of farmers markets have more than doubled and this could be the answer to preventing superbugs from taking over. When you eat locally, you know things about your food that people who shop at the grocery store do not, as well, you are contributing to your community. As well, supplementing with garden fresh vegetables, fruits and herbs would also be beneficial and teach you a time-honored skill. Modern day antibiotics are failing us and we must open our eyes to the fact we are in the beginnings of a post-antibiotic world. The signs are there, the superbugs are raging on and we are losing the fight.

Tess Pennington is the author of The Prepper’s Blueprint, a comprehensive guide that uses real-life scenarios to help you prepare for any disaster. Because a crisis rarely stops with a triggering event the aftermath can spiral, having the capacity to cripple our normal ways of life. The well-rounded, multi-layered approach outlined in the Blueprint helps you make sense of a wide array of preparedness concepts through easily digestible action items and supply lists.  Tess is also the author of the highly rated Prepper’s Cookbook, which helps you to create a plan for stocking, organizing and maintaining a proper emergency food supply and includes over 300 recipes for nutritious, delicious, life-saving meals.