Red or Blue: What Happens When YOU Are Put On A List? “If You’re On That List, Your Right Is Cancelled” 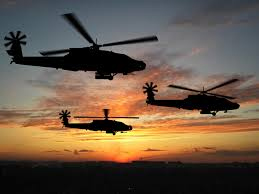 After they have come for the terrorists, and the once-legal gun owners, what happens when they come for you? Secret lists are becoming the law of the land. Overseas, Obama uses a secret list to authorize the killing of suspects (and bystanders) via drone strike. Execution, as determined by “secretive processes, without indictment or trial.” Some of those killed have been American citizens. Secret lists have been used to determine who can fly on a plane, who is worth watching as a potential terrorist, and who can travel. None of this necessarily requires that a crime has been committed, or that the individual in question has done anything wrong. But it won’t stop there. Somewhere down the line, there is a deeper list, a simpler list. Somewhere inside the shadow government, and the ominous and secretive infrastructure it has built and seized, there is a list that doesn’t have to mind the complexities of law, or the subtleties of public scrutiny, but can just mark you down – red or blue. Those on the red list are marked as dissenters, resisters and enemies of the state. At the appropriate time, perhaps in a nationwide martial law emergency or major terrorist attack, there will be many who are rapturously rounded up and taken away, never to be seen again. The most unaccountable parts of the government have already done it at black sites overseas to aid in the overthrow of various locales. Someday it will happen here… when it does, what will you do? LIST-MAKING: WE SWIM IN DATA There danger is inherent. The list exists already inside the system, whether someone has actually crafted it or not. It is retroactive. Databases have been following us throughout our lives for generations now, and today’s technology is quickly becoming sophisticated enough to track and log data on every last individual during nearly every transaction throughout their lives. The NSA gets that information, and groups like them. What they don’t have, they call their friends in Silicon Valley for. They monitor it in real time. Not shaded-out “doing nothing wrong” crowds that have no meaning, but a school of fish, the entire movements and trends on every level. And where ever a nail sticks up, and an eccentric action occurs, a note is made, an exception is logged, and there is another ping. Somewhere, someone is going against the trend. What is quantified through data and technology will be applied against the age-old rubric of power – those who thirst for it will do anything to destroy their enemies, competitors and anyone who speaks out against what they are doing. Secret lists, secret trials, 4 am raids, indefinite detention, harsh treatment have already been used by many dictators and empires in the 20th Century for suppression. The List 2.0 will be aided by computer technology, and will be precise and subtle in its selection and enforcement. How many pings does it take to make the “red” list? No one knows for sure, but patriots instinctively understand the danger of the slippery slope of databasing our population and allowing the rule of law and our rights to be chipped away. TERROR WATCH LIST USED FOR GUN “NO BUY” LIST The Bush-era was a nightmare for rights, as the War on Terror cast a shadow of suspicion over the whole population that anyone could be a potential terrorist. Color-coded threat charts, all communications monitored, citizen snitch networks, security checks, pat-downs at the airport and roaming agents everywhere acting under Homeland Security authority. Torture is fine for any apprehended terror suspects. Under the NDAA, all authority is granted. Under the Obama regime, the focus has been different, but the problem is the same. The NDAA is still in effect, along with all the rest of the emergency powers. Dangerously, President Obama is now linking the terror lists with guns, the thing which he is most terrified. Mass shooters aren’t so different from terrorists, anyway. The presumption of guilt beforehand system-wide remains in place. The 2nd Amendment is too much freedom for the population to handle, given the threat. Gun owners have cried foul that efforts to “step up” background checks are in reality an effort towards a federal registry of all gun owners. A master list. Such a registry is tantamount to total confiscation, they argue. It has already happened in states like Connecticut and New York. Someday they will come door to door for everyone. It has happened many times in the past. The White House has vehemently denied this, but what are their denials worth? Now, one of the Brady Campaign to Prevent Gun Violence will get another item on their wish list. Two years before Obama took office, the man who would become his Chief of Staff gave a fiery speech to the Brady Center demanding a No Fly, No Buy list that would ban firearms purchases for anyone on the terrorist watch list. That man also happens to be the same man who is famous for saying “never let a good crisis go to waste.”:

“If you’re on that no fly list, your access to the right to bear arms is cancelled, because you’re not part of the American family. You don’t deserve that right. There is no right for you, if you’re on that terrorist list.”

Then-Congressman Rahm Emanuel at the Brady Center in 2007: It is this kind of thinking that is un-American. LIST MAKERS & DETERIORATION OF THE RULE OF LAW What is happening represents so much more than just a an infringement on gun rights, it is a dismantling of the rights of due process, and all the great protections on individual rights that have been respected under the republic of the United States. The 5th Amendment demands that no one be “deprived of life, liberty or property without due process of law” – and firearms certainly qualify here both under property and under liberty. But beyond that, how can the 1st Amendment stand either, or the rest of the Bill of Rights with these developments? That system has been replaced; it is considered outmoded. And a new one has been put in its place. Though it is little understood now, it might best be recognized as “precrime” – an offense portrayed in Minority Report, where various factors and bits of data construct suspects to be apprehended before they strike. That is, after all, the mentality of the terror watch list, regardless of how selectively it has been enforced. It boils down to the power to point to anyone and justify their termination. Just as with the rise of fascism in the last century, most Americans have always assumed that “It Can’t Happen Here.” People will argue about whether or not it might happen, and what qualifies as it happening, meanwhile it is happening. So which list are you on? Red or blue? If you are reading this, you already know…