If You Want to Survive the Economic Collapse, You Need to Read This 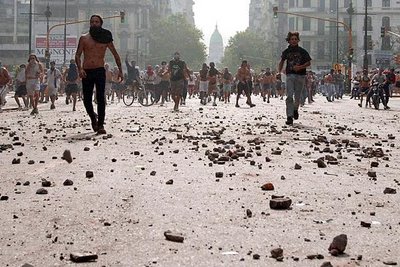 I am so sorry that I feel compelled to unleash the realities of such a hellish nightmare that is beginning to engulf this country. The United States is in the early stages of an economic meltdown. I apologize to the cognitive dissonance crowd, but your days of ignorant bliss are coming to and end. How can I be so sure? We live in country that only takes in $2 trillion dollars per year, yet we are looking at the most staggering debt in world history: 1. $18 trillion dollar deficit and that is the good news. 2. $240 trillion dollar unfunded and mandated liabilities (e.g. Medicare and Social Security). 3. $1.5 quadrillion dollar credit swap derivative debt that the bankers have managed to pass along to the people. The interest alone, on the derivatives debt, was $505 trillion dollars last year. Do you really need a calculator to figure out that we cannot pay off this debt in the 21st century, the 51st century or the 91st century? Some of you will wonder, “Can’t we just start a war and take what we need”? The entire GDP of the planet is only $70 trillion dollars. Subsequently, we cannot even steal enough resources to buy our way out of this debt. I get emails like the following everyday asking me what they can do to survive what is coming.

Hi Dave, My name is XXXXX and IT live and work in Phoenix, Arizona. I have been following you, Steve Quayle, the Haggmann’s and Alex Jones for the past several years.  Unfortunately, I am not a man of wealth and neither is that of my family.  I have an okay job at a bank in Scottsdale as a financial analyst but can’t ever seem to put enough funds away to be able to escape from what’s coming.  I really wish I could buy some land up north and just build a bunker.  Any suggestions for those of us specifically in Phoenix on what groups we can join to trade ideas, share, barter and possibly even participate with for bugging out when the time comes? I’m able to cut back on some bills, primarily school loans to contribute to an escape plan or place. I figured you would be the best guy who would know what to do since you’re local and also well prepared and informed.  Help, suggestions and prayers for me are welcome. I look forward to hearing from you.

To this gentleman, I do not think that most people will be able to avoid the dangers that will soon be loosed against us.

The Rampaging Hordes of the Zombie Apocalypse

Who is going to survive is more a matter of luck and Divine Providence, than it is skill and preparation. However, there are definitely some things you can do t0 increase your odds. First, let’s take a brief look at the odds. According to Statistic Brain there are 12,800,000 Americans on welfare, 46,700,000 on food stamps or SNAP, 5,600,000 on unemployment, with a total government spending on welfare annually of approximately $132 billion and this does not even include food stamps or unemployment. These people comprise the army of the Zombie Apocalypse. These people will be your worst nightmare who will be knocking your door down when the welfare gravy train stops coming,

CAN YOU IMAGINE 50 MILLION AMERICANS RAMPAGING THROUGH THE STREETS LOOKING FOR THEIR NEXT MEAL?

In today’s environment, anyone who discusses the importance of individual preparation and personal responsibility, due to the fact that we live in very troubled times, are often labeled as fear mongers. Upon closer examination, the real fear mongers are the very people who are responsible for perpetuating the present set of crises.

Once you get beyond the labels of “conspiracy theorist” and “fear monger” and you realize that you have an obligation to protect your family, there are some simple common sense things that one can do in order to increase their odds of survival following the coming economic collapse. In both 1929 and 2008, there was literally no warning when the economy crashed. The same will hold true for 2015, you will get no warning. In fact, you may choose to look at this article as your first and last warning.

1. The Creation of a Fake-Identity

It may be necessary to become invisible in the event you think you believe that your name could be on a (Red) list because roundups will usually occur in dire situations. Therefore, the creation of a pseudo-identity could become very important.

2. It Takes Money to Prepare

I have committed much effort, time and resources illustrating how a coming economic collapse is unavoidable and how the elite have conspired to steal as many of your assets as possible prior to the collapse. There are some common sense things one can do which could increase the chances of surviving a major societal meltdown resulting from an economic collapse. If you have any doubts as to what is coming, I strongly encourage you to read what I have written about on this topic over the past several months. Ray Charles could see that our economy will not be around much longer in its present form. Your can read these stories here, here, here, here, here, here, here, here, here, here, here, here, here and here. If you have read the articles at the above links, you should have concluded that it is the height of stupidity to leave your life savings in an institution that is planning to steal from you. You need to divert your cash, other than the ability to pay basic bills, in preparation for what is coming. Getting your money out of the bank has become an art form and you need to be careful.  In a future article, I will be revealing steps you can take in order secure your money from the institutions that are presently holding you hostage.  I cannot promise you that you will be able to retrieve all of your assets. However, I can promise you that if you do not act, you will lose everything and you will lack needed supplies to weather what is coming. I would strongly suggest that you keep your gas tank filled and you have plenty of cash, food and ammunition on hand. It is better to be safe than sorry.

Buy a good prepper book. Holly Deyo is an excellent source for this information (www.standdeyo.com). In the interim, procure your food, water, guns, ammo and home security adjustments.  If you do not have a big dog, consider obtaining a pair. These animals will be your companion, home security system and ally if someone attempts to breach your home with bad intent. Of course, you will have to store dog food as well. Sit down and construct a list of what you will Make a Listneed after reading a good prepper book. Make all of you purchases in cash! You do not want to let the wrong people know what you are up to.

We have to live our lives for today and it may not be possible to move to a rural area because of your job. However, one survivalist that I was speaking with estimates that the rate of survival for a country in economic chaos would be 10 times higher for rural residents as opposed to urban residents. Consider buying a place in an isolated area and commuting to work in the interim.

5. Pay Off Your Mortgage

If you have a CD, a 401k or any other long-term investment, you might want to consider taking the penalty and executing a withdrawal and apply what’s left of the principal, usually about 50% of the original value, and paying down your major debts.The key word here is “consider”. Because nobody can accurately predict the time frames of these kinds of events, one has to judiciously decide for themselves what is the best course of action. After an economic collapse, you most likely will not have a job and your retirement and savings will likely be wiped out and confiscated. That is why it would be wise to pay down your debt while you can afford to do so because after the collapse, there will still be foreclosures and repossessions and if you and your family survive, you could be on the street if you cannot pay your bills.

6. Buy Gold and Silver While You Can Afford It 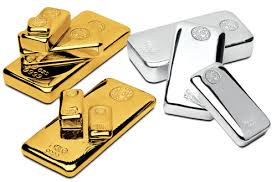 Goldman Sachs has been shorting gold. The elite have been hording gold as have the BRICS. These entities are telling you, by action, what medium of exchange is going to be of value following the collapse that is coming.

Storing gold and silver is an economic survival strategy which will pay dividends after the smoke begins to clear in the post-collapse era.

It is critical to immediately eliminate all unnecessary expenses. Give yourself some operating capital. You may be able to purchase a bug-out residence in a rural area. You will certainly be able to afford more survival gear. In order to increase your immediate cash flow, start an at-home business. Start a business which has virtually no upfront and startup costs.  Even if you are not able to generate much income, you will create a legal tax evasion strategy in which you can legally deduct many of your present activities and expenses (e.g. mileage, the purchase of any office supply, etc.) including survival gear.

8. Create and Store Your Own Food

With regard to storing food, you need to do so immediately. I recommend storing two years worth of food. However, you need to master the art of growing food inside your home. There are plenty of resources which can teach you how to do that. However, you would be wise if you would create a hiding place in which you can store food and water safely in a hidden location.  If you are ever robbed, you will not have exhausted your food supplies.  You are most likely to be robbed by FEMA or one of their mercenary groups (e.g. Academia) during the beginning of the crisis because food and water will be used as weapons to control you. I am personally aware of FEMA going to selected homeowners in order to track a family’s reserve food and water supplies. Remember, water is sunlight and temperature sensitive. There are plenty of prepper manuals that you can consult for instructions on how to meet these needs. The biggest threat to survival is death due to dehydration and starving to death.  Contaminated water will also pose a threat. There are plenty of places to purchase large drums and obtain water tablets for water purification purposes.  Obtain a pair of water filters in case you have to go mobile to survive. Finally, learn to grow your own food within your residence. Your garden will likely be raided by humans and hungry animals alike. There are plenty of prepper manuals which can teach you how to accomplish this task.