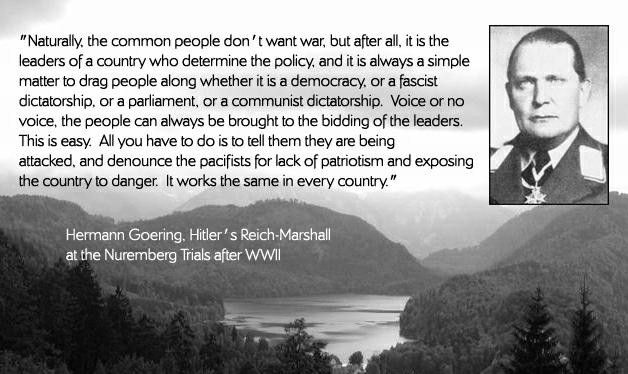 From 9/11 to the London bombings in 2005, to the Madrid bombings in 2004, to the  massacre in an Aurora movie theater, to the most recent example of the Oregon school shooting, and many events/attacks in between it is a documented fact that there were “drills” that had occurred directly before and in some cases on the actual day of the attack, sparking concern about these types of “drills” going live and people wondering about the frequency of this phenomenon. Many believe some of these attacks are what is called a “False Flag,” which is described by Wikipedia as “covert operations designed to deceive in such a way that the operations appear as though they are being carried out by entities, groups, or nations other than those who actually planned and executed them.” The people that believe that are usually mocked as being “conspiracy theorists,” but with each each new “attack” happening simultaneously with a planned “drill” or exercise, one does have to wonder about the odds of this happening so often. Some claim this has happened 63 times since 1993. Even the most skeptical among us have to admit that is a lot of coincidences. 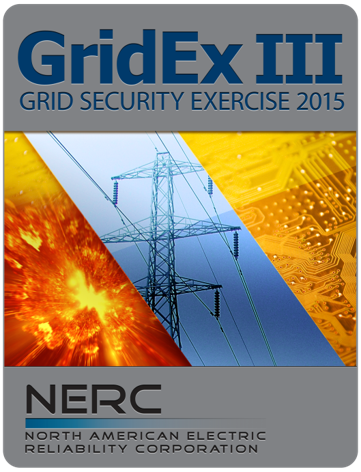 (NERC) is preparing for their third GRID Ex “exercise,” which according to their fact sheet is “designed to execute the electricity sector’s crisis response to simulated coordinated cybersecurity and physical security threats and incidents, to strengthen utilities’ crisis response functions, and to provide input for lessons learned.” These exercises are sceduled for November 18-19, 2015. As with the previous GRID Ex drills, this has people nervous and wondering if this will be the next drill gone live, the next “false flag,” and if the warnings about possible EMP attacks, or the increasing frequency of actual physical attacks that have been attempted, some successfully so, will lead to a significant attack that could shut down portions, if not all, of the U.S. power grids and all communications. RUSSIA HIGHLIGHTED AS THREAT TO COMMUNICATION LINES Yet another coincidence is the heavily reported “concerns” of the U.S. government

, where media outlet after media outlet are pushing the storyline of Russian “submarines and spy ships near undersea cables carrying most global Internet communications has U.S. officials concerned that Russia could be planning to sever the lines in periods of conflict.” The original article was from the New York Times, but Reuters, Huffington Post, Daily Mail, the Miami Herald and many, many more have inundated the Internet with these concerns over the last 24 hours. Via The Miami Herald, linked above. The cables carry more than $10 trillion a day in global business, including from financial institutions that settle their transactions on them every second. Any significant disruption would cut the flow of capital. The cables also carry more than 95 percent of daily communications. Key word, communications. Via an alert on Steve Quayle’s website, dated October 26, 2015, we see how important communications are to the GRID Ex planners: ARE NOVEMBER 18 AND 19 TEST AND EXERCISES AND DRILLS GOING TO BE USED AS ACOVER FOR FALSE FLAG EVENTS TO TAKE PLACE?

I don’t know where to start on this subject Grid X 3 starting November 18th and the 19th. I will setting up hardware ware for this test in Montrose, all I know so far is DHS , DOE and others will be testing scenarios with CNN I think but I will be in on it , I talked to my manager he was saying this would be a good time for a terrorist attack during this drill. They will be sending out news flashes for pretend to see how well they can communicate with each other.  1. Nuclear attack  2. Solar Flare 3. EMP attack 4. Terror attack on Structures. 5. Cyber attack on our SCADA system, and some others that were not mentioned.  I will keep you informed sir.

THE SET UP FOR THE PERFECT STORM Power and communications. We have been warned for years that should any type of attack or event take out the power grids of the nation, all communication would be cut off, but  now one might wonder if it would occur the other way around. Cut communications and leave the U.S. ripe for an “attack” with no way to coordinate a response or even inform the populace of what is happening. Via the NYT article on the Russian submarines and spy ships operating near vital undersea cables, they state “The alarm today is deeper: The ultimate Russian hack on the United States could involve severing the fiber-optic cables at some of their hardest-to-access locations to halt the instant communications on which the West’s governments, economies and citizens have grown dependent.” Simply replace the words “Russian hack on” with the words “false flag in,”  along with China, Russia’s new best friend, who coincidentally will have three war ships docking in Florida next month as Stefan Stanford recently reported, and we have the set up for the perfect storm

. There would be chaos, food shortages, riots and martial law would be declared and by the time power, systems and communications came back online, we would be full-fledged police state and of course the first “communication” to the American people would inform them that it was for our own safety because “Russia” attacked us and that World War III is in progress on U.S. soil. The excellent compilation below shows how Americans have already been programmed to accept martial law-like conditions throughout the years and how easy it would be to convince most that it is for their protection. 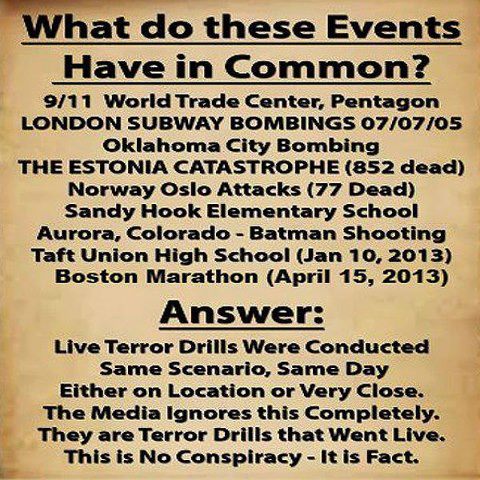