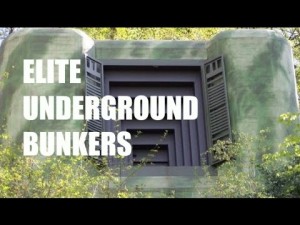 I have heard from two people who I personally know who have retreated deep underground. The first, a former FEMA official, did so nearly three years ago. The second did so in January of this year. They both told me that the number of elite who are opting to move underground are increasing exponentially. Previously, I had reported on the first person and his family as they “bugged out” with other FEMA/DHS retired personnel to form one underground survivalist community in anticipation of what, in his estimation, was coming. The following are reasons related to why, they say, the elite, and their senior associates are “bugging out” in ever larger numbers.

An Increasingly Deadly and Toxic Environment

Fukushima is often spoken of by many, as a possible extinction level event because of the radiation threat. Fukushima continues to wreak havoc upon the world and in the United States as we are being bathed in deadly radiation from this event. 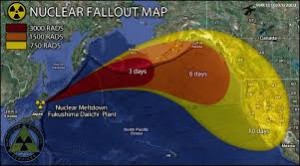 Because of Fukushima, fish are becoming inedible and the ocean currents as well as the prevailing ocean winds are carrying deadly radiation. Undoubtedly, by this time, the radioactivity has made its way into the transpiration cycle which means that crops are being dowsed with deadly radiation from rainfall. The radiation has undoubtedly made its way into the water table in many areas and impacts every aspect of the food supply. The health cost to human beings is incalculable. On a smaller scale, there are those who believe that there is going to be a serious of biological/chemical attacks which could render some areas to be dead zones. For my FEMA source that bugged out, this was his major fear. The net effect between the impact of a chemical/biological attack and the continued radiation assault upon the world, is very similar.

Fear of World War III: China Is Willing to Start a War Over the TPP In Order to Isolate Taiwan

The Chinese are constructing and militarizing artificially constructed Islands which block the southern trade routes to Taiwan. This is an act of war. However, the Chinese are willing to go to great lenghts in order to take back Taiwan. This could be and would be a flash point for World War III. This could very well lead to a “blockade of trade” from seven of the TPP nations trading with Taiwan from the South. This would devastate Taiwan’s economy and have a sizeable impact on the US economy. President Obama has sailed American warships into the disputed area as a show of force. This has increased the possiblity of military conflict between China and the United States. 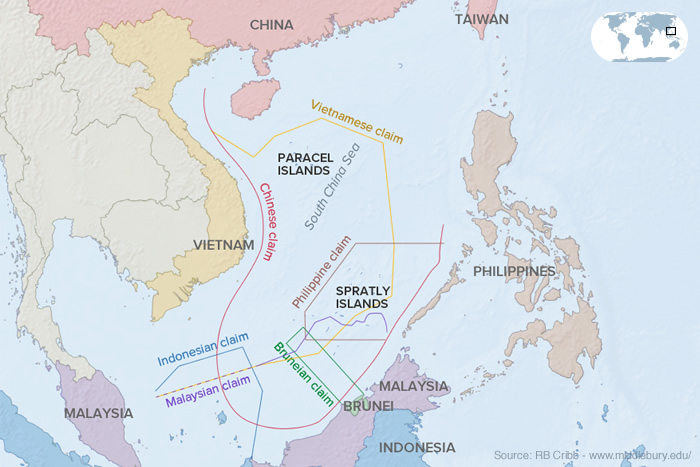 The Possibility of Internal Strife Leading to a Guerrilla War

America has a debt of $19 trillion dollars and the Credit Swap Derivatives debt is $1.5 quadrillion dollars. The economy is going to inevitably crash at some point.  This will lead to martial law. Just in time deliveries will stop and severe food shortages will ensue. Food riots will follow. In short, things could get very ugly, very quickly. This is the stuff that leads to revolutions. Gun confiscations will likely occur and this will exacerbate the chances for a full scale revolution. Some of the elite reportedly feel that there will not be any safe-zones left above ground if the country goes into economic meltdown followed by the fragmentation of society itself. As I have documeted several times before, there are UN forces poised to enforce martial law, through prior treaty agreements, just in case the American military will not go along the the coming gun confiscations and mass detentions that will accompany such an event. These events have been rehearsed under Jade Helm 15. There are a total of 1,455,375 active personnel in the US military. The United States has over 200,000 troops stationed in 144 countries. These 200,000 men and women will not likely be a factor in the coming conflict and will prove to be in grave danger in the coming global conflict. Consequently, the American people will have very few combat troops to protect its citizens since the vast majority are deployed overseas. This is a dangerous time for America, when, not if, the dollar collapses because we are vulnerable to a land invasion by Russia and China unlike any other time in our history. I constantly have former military personnel write to my website and proclaim their allegiance to the Constitution and pledge to destroy all enemies both foreign and domestic. I do not doubt their resolve or courage, however, there are not 30 million combat ready veterans, with the technological means and military organizational skills who would be ready to fight as they frequently claim. There are only 1.8 million veterans who are under the age of 35, which would be the prime fighting age for any resistance force. This means that in the best case scenario, that any resistance that the occupation forces could muster would consist of about 2.5 million men who have combat training in both our active duty personnel and our veterans. They would meet the fate of Spartacus as they would undoubtedly meet a similar fate. The mere size of the army that the Chinese could muster, in addition to the DHS, and the Russians, would dwarf any force that the American people could place on the battlefield. And if the confrontation came following a power grid take down, the odds would be worse. I am told that a resulting “grid down” scenario is yet another resulting factor driving the elite deep underground. The only choice that this country would have to resist the coming occupation and genocidal purge would be to make the war a guerrilla war. The elite are looking for a refuge away from the potential carnage.