Reverend Franklin Graham Issues Terrifying Alert To Christians! – How Long Before The Wholesale Slaughter Of Christians Comes To America? 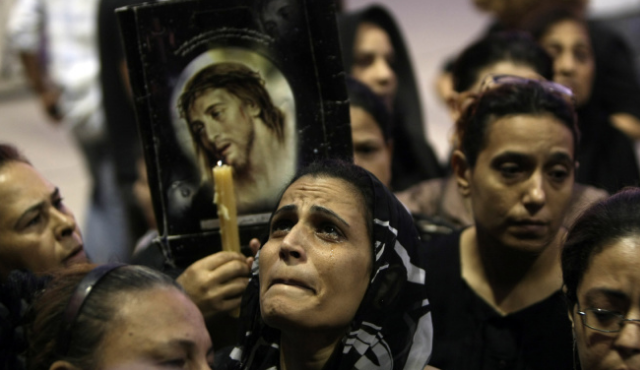 One of the only prominent national figures that is speaking out against the atrocities and slaughter of Christians in Iraq and Syria, Reverend Franklin Graham, has taken to his Facebook page to issue an alert to Christians, shown below: Last week a sobering report was issued to the House of Lords in the United Kingdom stating that ISIS could wipe out Christianity in Iraq in just five years. Imagine Christianity being extinct in the country where historians say the Garden of Eden was, where Abraham lived, where Noah built the ark, and where Daniel was in the lion’s den! The report is named “Persecuted and Forgotten?” and Prime Minister David Cameron was not afraid to tell the truth—he said, “Every day in countries across the world, Christians are systematically discriminated against, exploited and even driven from their homes because of their faith.” The goal of the Islamic State is the same in Iraq, Syria, and everywhere around the world—erase every other religion besides Islam at whatever cost. Pray for Christians trying to survive in the Middle East. Graham highlights an article at the UK Express titled “ISIS could wipe out Christianity in Iraq in just FIVE YEARS,” where they assert that Christians “could be extinct from Iraq by 2020 as bloodthirsty Islamic State (ISIS) militants continue their mission

to wipe out the biblical religion.” As evidenced by the Umpqua Community College massacre, where the shooter targeted Christians for execution, there is already a “war against Christians” in the U.S. , where hatred against Christians is being stoked from mandates within Obamacare to force religious organizations to provide abortion drugs to jailing those that will not issue marriage licences to gays because of their religious beliefs, to the words Merry Christmas being changed to “Happy Holidays” and the expression “God bless you when a person sneezes” being used as justification to suspend a child from school, and Easter egg hunts at schools are being  attacked because it offends Muslims.

HOW SOON BEFORE WHOLESALE SLAUGHTER OF CHRISTIANS IN AMERICA? There is no dispute as to the slaughtering of Christians in the Middle East, targeted by Muslim extremists groups, we have seen them beheaded, women raped, a choice between converting to Islam or being executed…. horrifying accounts, images and videos produced and publicized, but many still claim

it “can’t happen in America.” Yes…. it can…. and the Trojan Invasion we are seeing right now, with the Obama administration bringing in thousands upon thousands of “refugees” from middle eastern locations, knowing that officials have stated they cannot vet them properly and that terror groups have actively been infilitrating the refugees in order to position themselves to attack

America, will lead to more and more attacks against Christians right here in the USA. Via Western Journalism in February 2015: “Between 2010 and 2013, the Obama administration imported almost 300,000 new immigrants from Muslim nations — more immigrants than the U.S. let in from Central America and Mexico combined over that period… Many of the recent Muslim immigrants are from terrorist hot spots like Iraq, where the Islamic State operates. From 2010-2013, Obama ushered in 41,094 Iraqi nationals from there… House Homeland Security

Committee Chairman Mike McCaul called the new policy “a federally sanctioned welcome party to potential terrorists.” In September 2015, Breitbart reported the following: Muslims are the fastest growing bloc of immigrants, according to new census data published by the Center for Immigration Studies. The report, which analyzes data from American Community Survey (ACS), finds that the foreign-born population in the U.S. hit a new record high 42.4 million in July 2014. […] As Breitbart News has previously documented, every year the United States voluntarily imports more than a quarter of a million– or 280,000– Muslim migrants. This number includes 117,423 migrants who were permanently resettled with Legal Permanent Resident status, as well as an additional 122,921 temporary Muslim workers and foreign students, and 39,932 Muslim refugees and asylees. This means that each year, the U.S. admits a number of Muslim migrants larger in size than the entire population of Des Moines, Iowa. In June 2015, The Center for Security Policy released a poll showing that “According to the just-released survey of Muslims, a majority (51%) agreed that “Muslims in America should have the choice of being governed according to shariah….” More than half (51%) of U.S. Muslims polled also believe either that they should have the choice of American or shariah courts

, or that they should have their own tribunals to apply shariah. Only 39% of those polled said that Muslims in the U.S. should be subject to American courts. In fact, high profile Muslim extremists, such as Omar Ahmad, a founder of CAIR, have been quoted as previously stating the “Quran should be highest authority in America, and Islam the only accepted religion.” (Source) Even more disturbing, highlighted by Breitbart “is the fact that nearly a quarter of the Muslims polled believed that, “It is legitimate to use violence to punish those who give offense to Islam by, for example, portraying the prophet Mohammed.” It is not only the Trojan invasion within America that has some worried but also what is happening across the Canadian border as it was also recently reported by The Globe and Mail that the newly elected Prime Minister, Justin Trudeau, is planning to move forward with his his promise to welcome 25,000 refugees from Syria by year’s end. Perhaps the most terrifying and bone-chilling part of the jihadists are that they are training children as shown in countless examples, such as “Child soldier: Shocking video surfaces of purported 4-year-old jihadist in Syria” via Fox News and “Isil jihadists show off their child ‘executioner’,” by The Telegraph or “ISIS Video Shows Child Jihadist Beheading Syrian Prisoner” via HNGN, or “This child is given a choice by Isis: jihadist or suicide bomber,” by i100Independent. That is just a small sample from a quick search. Taking into account Pew Research findings that show Muslims will grow more than twice as fast as the overall world population between 2010 and 2050 and, in the second half of this century, will likely surpass Christians as the world’s largest religious group and that Muslims have a higher fertility rate than Non-Muslims,  we are talking a matter of years before we start seeing the wholesale slaughter of Christians in America as we are witnessing in the middle east. BOTTOM LINE Inevitably cries of Islamaphobia will be screamed when reading the above facts, but each is linked to the original sources, and the recent example of  Ahmed Mohamed also known as “clock boy,” who brought a “home made clock” to school but a teacher thought it looked like a bomb and he was arrested, just to be used as a poster boy for “Islamaphobia,” where he was invited to the White House and Google and Facebook took up his defense….. well, recent reports show that perhaps Ahmed, was indeed one of those future jihadist in the making. But in recent days the narrative of Ahmed “Clock Boy” Mohammed has taken an alarming turn that is causing embarrassment for President Obama and other leaders who stood behind him after his September 14 arrest. Since his arrest and release, Ahmed has traveled to Sudan to meet with one of Africa’s top terrorist sponsors and war criminals, Sudan President Omar al-Bashir. al-Bashir is wanted by International Criminal Court on charges of genocide and war crimes for atrocities linked to the Darfur fighting. More on that at The Guardian. The bottom line is that with Rev. Grahams recent alert about Christians being wiped out in Iraq in as little as five years, America is already seeing a systematic Trojan Invasion here, which some believe will lead to the wholesale slaughter of Christians on American soil. 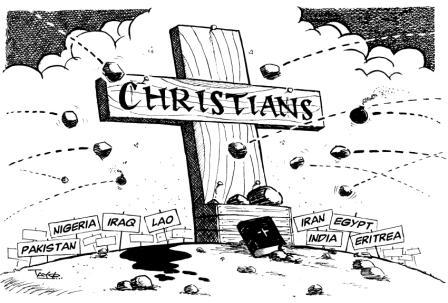