Fed Tightening “Could Have Profoundly Destructive Consequences for Economies” 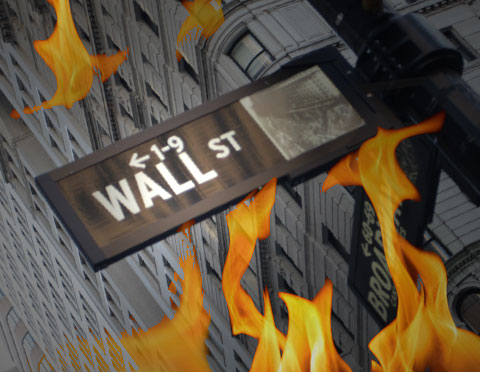 With fear-driven rhetoric emanating from spooked markets and Wall Street, there are clear signs that the long-rumored rate hike could rock the boat enough to cause worry about capsizing.

The Federal Reserve is the 800-pound gorilla in the room. The Behemoth. The Colossus. The Leviathon. Its actions are those of a bloated whale that has no energy left for smooth, graceful motion but nonetheless stands to rock markets with titanic weight and come crashing down in force with its slightest repositioning.

Such is the atmosphere in which Janet Yellen faces a decision about a rate hike, or instead a punt, delaying action and reverting back to a fourth quarter of QE. Typical of the institution that she heads, Yellen is holding her cards close and staring down her options before a likely bluff. It isn’t how good a poker player she is, but how much is at stake that lingers here.

Experts now see a fading possibility that the Fed will raise interest rates at this time. Perhaps the fish are scared off. But maybe not.

The economy teeters on edge. The London Telegraph warns that:

The world has taken on too much dollar debt, risking a ‘cascade of disruptions’ for the global financial system when US interest rates rise

Decision time approaches for the US Federal Reserve. It’s been a long time coming. If the Open Market Committee takes the plunge, it will be the first US rate hike in nearly 10 years.

For much of this time, rates have remained close to zero. Admittedly, a rise of just 0.25 percentage points would…  be a start, a first baby step on the long march back to interest rate normalisation… In my view the Fed has already left it too long … Leave it too late, and there is a danger of having to play catch up, with much more damaging consequences for consumer spending and business confidence down the line.

The impact of increasing the interest rate will act as a call on the long lines of cheap credit that have been soaked up by foreign debtors, who have, like so many Americans before them, taken on more than they can handle – way more. Dozens of nations are facing deep debt crises.

Over-extended Americans are also under water, with unaffordable high priced homes, piles of personal, student loan and credit card debt, endangered and underfunded pensions and benefits, and plenty of states and cities standing at the brink of collapse. As the reserve currency is redefined at the global level, the U.S. dollar reserve status is becoming a burden and a weapon in a silent economic war, creating capsizing conditions for developing economies who had hoped to stay afloat:

Yet it is not just the impact on their own economy that members of the Fed’s Open Market Committee have to worry about. The dollar’s dominant reserve currency status makes this a defining moment for the global economy as a whole.

… ultra-loose US monetary policy has helped to unleash unsustainable credit booms in many emerging market economies. In today’s global economy, money is fungible, so if the Fed applies lots of stimulus to the US economy, the liquidity leaks out and stimulates other economies, too, often inappropriately.

Nobody can say they weren’t warned… as US interest rates rise, what is now essentially just a liquidity issue for China and other emerging market economies… could easily turn into a fully-fledged solvency crisis.

Yellen has hardly blinked as observers and experts forecast a bleak scene. She glances at her closely held cards. The beast is readying itself to move. Take hold.