“Maybe the show of support for Trump nationwide inspired them. They realized they are not alone.”

In what we consider to be an extremely interesting development that could have major future implications, we learn from the website of former US Congressman Allen B. West that 50 US Military Intel Chiefs have recently revolted against Barack Obama over ISIS intelligence and these ‘spooks that we don’t want to cross‘, the brave and brilliant men and women of the US intelligence community, are now ‘leading us to the grave where the bodies are buried‘ and the secrets are held.

Reporting on a story originally reported by the Daily Beast we learn that all is not as we are being told by the Obama administration and as shared in the videos below and additional stories at the American Thinker, the Young Conservatives, PJMedia and CBNNews, Obama is ‘cooking the books’ on ISIS. Interestingly enough, NewsBusters points out that only CBS reported this intelligence failure on ISIS among the MSM. Why? You can see CBS News report last video below and at this story link. 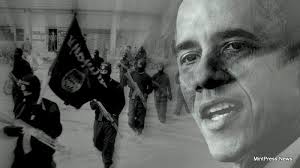 Learning all of this now, with everything else that is going on in the world with the BIGGEST trojan horse in history now taking place in Europe and eventually America, we have to ask why is all of this happening now. We need not look too far for answers, though. Taking a look again at the original story at the Daily Beast we see deception at the highest levels and have to ask WHY do we have reports such as this coming out? Are Americans being set up for slaughter with the biggest trojan horse in history unfolding before our eyes? From the Daily Beast.:

The complaints allege that in some cases key elements of intelligence reports were removed, resulting in a document that didn’t accurately capture the analysts’ conclusions, sources familiar with the protest said. But the complaint also goes beyond alleged altering of reports and accuses some senior leaders at CENTCOM of creating an unprofessional work environment. One person who knows the contents of the written complaint sent to the inspector general said it used the word “Stalinist” to describe the tone set by officials overseeing CENTCOM’s analysis.

Many described a climate in which analysts felt they could not give a candid assessment of the situation in Iraq and Syria. Some felt it was a product of commanders protecting their career advancement by putting the best spin on the war.

In recent months, members of the Obama administration have sought to paint the fight against ISIS in rosy hues—despite the terror army’s seizure of major cities like Mosul and Fallujah.

“I am confident that over time, we will beat, we will, indeed, degrade and ultimately destroy ISIL,” Secretary of State John Kerry said in March, using the government’s preferred acronym for the group.

“No, I don’t think we’re losing,” President Obama said in May.

Yet a growing group of intelligence analysts persisted with their complaints. For some, who have served at CENTCOM for more than a decade, scars remained from the run-up to the 2003 war in Iraq, when poorly written intelligence reports suggesting Iraq had weapons of mass destruction, when it did not, formed the basis of the George W. Bush administration’s case for war.

“They were frustrated because they didn’t do the right thing then” and speak up about their doubts on Iraq’s weapons program, the defense official told The Daily Beast.

Is Barack Obama ‘incompetent’ and ‘in over his head’ and ‘stupid’ and ‘failing’ or is he actually succeeding at every goal that he has had set? The following graphic offers an eye-opening look at reality. The videos below give several different perspectives of this still unfolding story that could have major future implications for Americans. 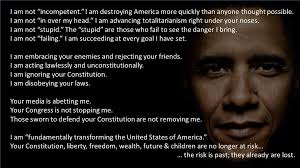 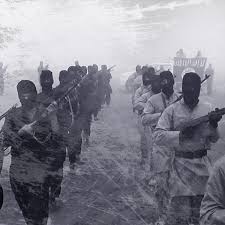