A Suffocating Heaviness Looms On The Horizon

TDC Note – Several years ago Sean at SGTReport conducted an interview with Lindsey Williams and he made the statement that has stuck with me since first hearing these words, paraphrased–the elite plan on making you so poor that you will be unable to fight back. It seems Mr. Williams, for all his faults, was on to something. by Susan Duclos, All News Pipeline Lindsey Williams: ‘You Must Prepare For The Inevitable’

Excellent warning and list of things Americans need to do to “prepare for the inevitable,” from Lindsey Williams below. This is an older video uploaded to YouTube by euchefied, but the advice on preparation is spot on and the talk of the stock market and how the “plunge protection team” is pumping billions into it is even more relevant than it was when it was originally published given the recent volatility of the markets.

Williams starts with a warning given to an individual by Janet Napolitano, former Governor of Arizona from 2003 to 2009 and United States Secretary of Homeland Security from 2009 to 2013, who told this individual in 2011 to go back to Phoenix, AZ and “immediately get six months of food and water in your house.”

FLASHBACK:  Outgoing DHS Secretary Janet Napolitano Warns of ‘Serious’ Cyber Attack, Unprecedented Natural Disaster, where Napolitano “stated during a speech that it was a matter of ‘when’ not ‘if’ the power grid would go down due to a cyber attack.”

So we know the U.S. government and the elite have been preparing, but more importantly, they have known for years that preparation would be the key to survival in the days following a catastrophic event, yet given the length these warnings have been coming from high level officials, it is also clear that the date had not been set in stone…. back then.

Things have changed and not for the better since these warnings were issued. Experts are now warning the “crash has already started,” the elite are taking preparation for Setember doom to the next level, and the tips offered by Lindsey below, are more important now than ever before.

Williams goes on to say the first thing on his list is food, first imploring people to “prepare for the inevitable” stating “There is no reason for you to suffer because of what the elite are doing.” Make sure you have at least six months of food and water.

Williams details multiple other items on his list of things that must be done to prepare, including but not limited to;

Cash, making sure you have enough for at least three months. He states that there is already preparation for a “world currency” and that it will be gold backed.

401aK’s will be worthless soon as many are connected directly to the stock market, which experts now are in a critical stage and a crash is imment, asking if this is “the last hurrah?” (Mannarino explains in his most recent commentary in the video below)

Gold and silver, which ties into the point he makes about the world currency, where Williams warns cash will only be good for so long before the world currency replaces it which will bring precious metals to the forefront as one of the most valuable items to have on hand for trade.

Debt, while Williams acknowledges that not everyone is in a position to pay off all their debt, he does clearly warn to not accrue more and pay off what you can.

Mortgages are specified as well, as it is asserted that eventually the Federal Reserve aka the “elite of the world” will own every mortgage in the United states of America,” so having a paid for roof over your head is critical.

Location: One of the reasons I chose to use this older video versus some of the newer preparation videos out there is because of Williams next point. – After conducting his own research he has discovered an important part of this equation is “location”as his research led him to the conclusion that the majority of the “elite” do not have their primary residence in a city, because those will become death traps when it all hits the fan.

A suffocating heaviness looms on the horizon for those who have made denial their final destination because whether it is an EMP attack, a natural disaster, an extreme weather event or a complete global economic meltdown, the tips offered below may very well save your life.

As always, readers are encouraged to share experiences, tips and ideas on survival, in the comment section below. 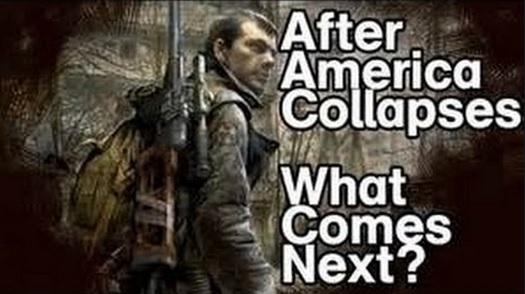