The End Of America Has Arrived

The End Of America Has Arrived – Christian Persecution Openly Endorsed By US Govt – Hawk Warns Ominous Events Are All Tied Together!

By Stefan Stanford – All News Pipeline – Live Free Or Die

With Nation of Islam leader Louis Farrakhan infamously calling for the deaths of white people while seemingly open warfare has cowardly been called against Law Enforcement and Christians, in the brand new 1st video below from Hawk he breaks down for us all of the ominous events that have been happening across America recently that, when combined, bring us ever closer to the strong probability that our nation under its’ current Constitution may not survive much longer. Even Senator Ted Cruz warns: “This is not America.”

While Farrakhan’s calls for the deaths of white’s goes completely unpunished and underreported by the mainstream media, Hawk warns us that the DHS (Department of Human Sacrifice) has entire sections that are going after belligerent journalists, radio show hosts, Constitutionalists and Christians as Christianity becomes openly persecuted by the government.

We also learn from the Christian News Network that the Judge who jailed Kim Davis for refusing to issue gay marriage licenses once ordered students who were opposed to homosexuality to be ‘reeducated’. Is this another sign of what’s coming down the road for Americans? 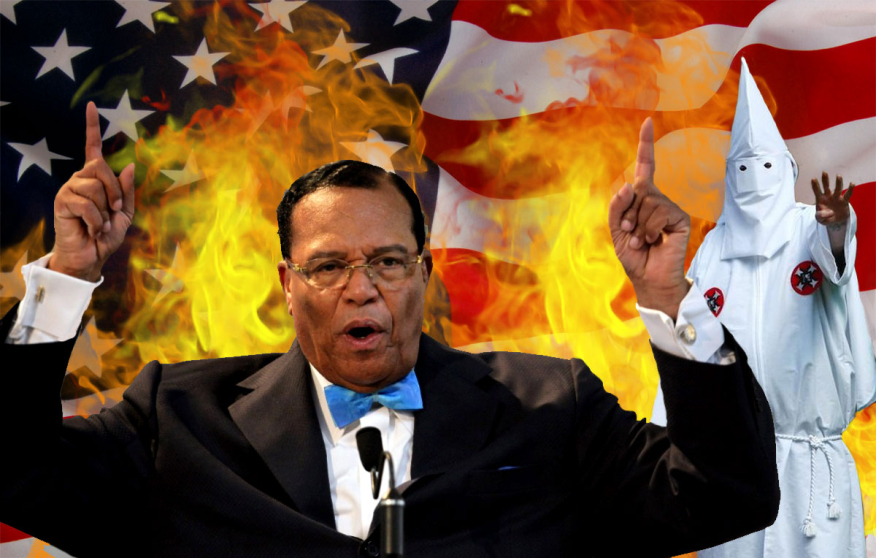 Meanwhile, Farrakhan’s calls for 10,000 volunteers to “stalk them and kill them”, words that if uttered by most others would land them in prison for inciting riots and genocide, are clearly part of events orchestrated from above according to Hawk.

He also shares with us the disgusting news that Abilene, Texas police officer Don Allen who was recently murdered was found bound, gagged and tortured with anti-police slurs written on the wall of his home in his own blood as also shared here on the Gateway Pundit.

In the 2nd video below from FisherOfMen we see a compilation of mainstream news videos that show quite clearly, the end of America is here and the persecution of Christians in our nation has begun in full force. As one reporter from CBNNews says: “It removes all doubt about the criminalization of Christianity in our country”.

Even Senator Ted Cruz says: “Today, for the first time ever, the government arrested a Christian woman for living according to her faith. This is wrong. This is not America.”

While we don’t agree with everything that Mike Huckabee stands for, we strongly agree when he warns “Who will be next? Pastors? Photographers? Caterers? Florists? This is reckless, appalling, and out of control decision that undermines the Constitution…and our fundamental right to religious liberty.”

We see the US Constitution is now being slaughtered by those who have sworn to protect it; we see that the end of America has arrived. 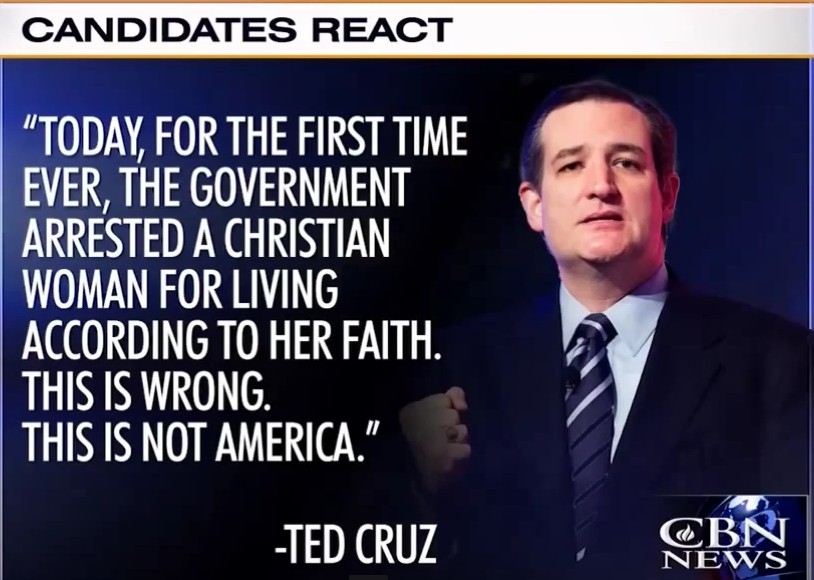 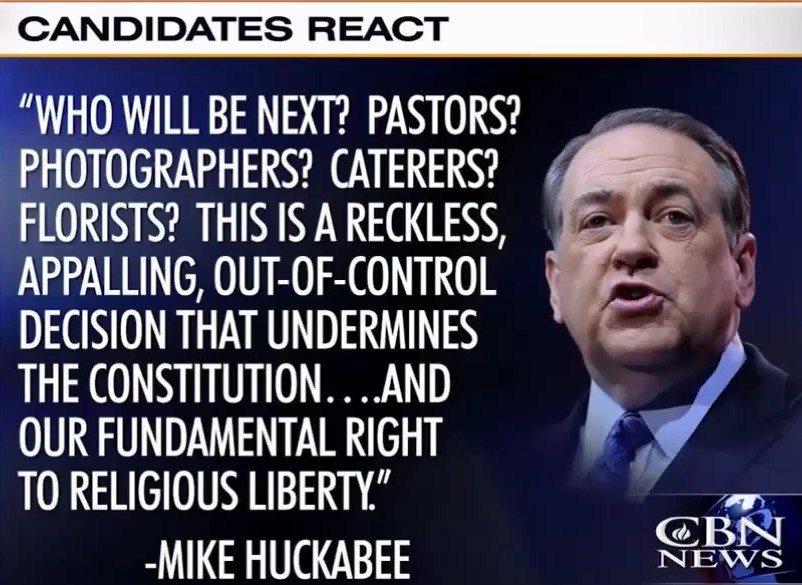