by Rory, The Daily Coin Is big game hunting still something that people do? Apparently so. It’s really not for me, I would prefer to simply watch a lion, from a safe place, catch a zebra or gazelle and have himself some lunch! That would be cool. Killing a lion, probably not so much. The thrill of the hunt would probably be cool, but not actually killing a lion, or anything for that matter, unless I was starved, had no other options for food and that was how we prepared a meal. Then it would be acceptable. Paying someone $50,000 or more to go kill something, sounds a little 18th Century to me, but, to each his own. I found this image at The Burning Platform and it kinda sums-up the whole Cecil-the-Lion thing for me. It has become a huge distraction for the masses as all the nuances have played out on the MSM, and big chunk of online news as well. Here is my contribution to the ongoing nonsense about a lion that was hunted and killed during a hunting trip. Whether you agree with or disagree with hunting as a “sport” it is not important to me. What is important is the fact that we have much, much larger issues to contend with than some idiot killing a lion on a sanctioned hunting trip. 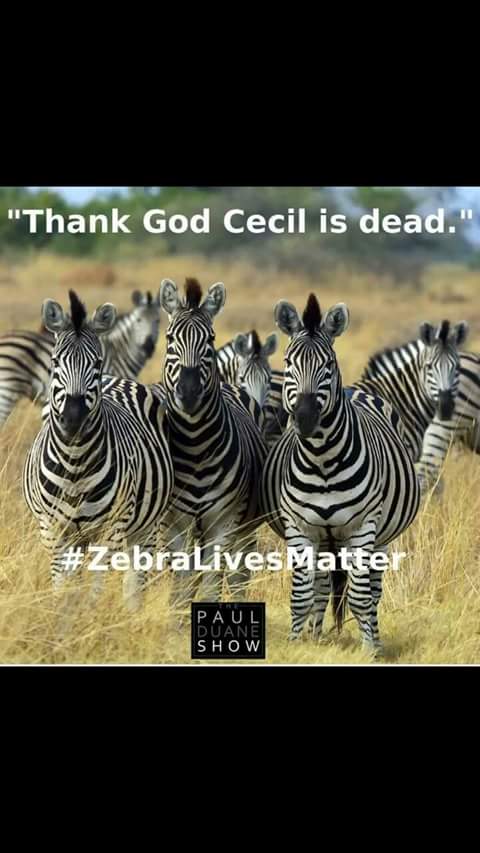