President Obama is getting ready to sign executive order that could ban millions of social security recipients from owning a gun. 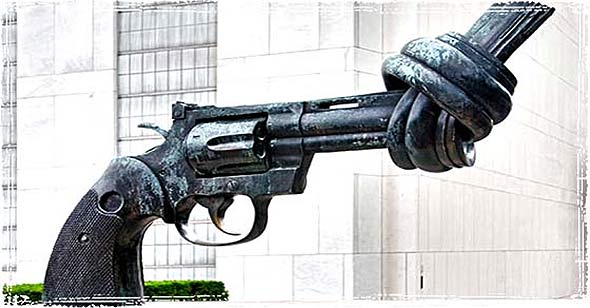 The order will ban anyone whose monthly disability payments are handled by a third party, similar to what the Obama administration has done to Veterans who can’t handle their own financial affairs.

In 2013, the Obama administration began targeting returning vets who the U.S. Department of Veterans Affairs (VA) deemed unable to manage their own benefits. As part of this program, vets who were appointed a fiduciary to manage their VA benefits – because of being diagnosed with things like post-traumatic stress disorder, brain injuries that affect memory, and other cognitive disorders – could have their firearms seized and their right to own a gun taken away.

According to a 2013 Senate report, the Department of Veteran Affairs is responsible for reporting more than 143,000 beneficiaries, including about 83,000 veterans, to the “mental defective” category of the National Instant Criminal Background Check System. Unfortunately, most of these people were put on the gun ban list for nothing more than needing financial assistance to manage their VA benefits.

The Obama administration now wants to extend that program towards social security recipients, stripping the 2nd amendment right to own a firearm from anyone who has been declared incompetent to manage pension or disability payments.

The system will not consider whether the social security recipient is a danger to himself, herself, or others, which is the federal standard for denying someone a gun, it will only look at whether a third party has been assigned to manage that person’s financial benefits.

4.2 Million Could be banned from owning a gun!

According to the LA Time:

If Social Security, which has never participated in the background check system, uses the same standard as the VA, millions of its beneficiaries would be affected. About 4.2 million adults receive monthly benefits that are managed by “representative payees.”

While this ban may keep guns out of the hands of some people who pose a danger to themselves, the widespread application will put millions of unsuspecting Americans, whose only problems include slight memory problems or the inability to balance a checkbook, in a category that deems them mentally unable to won a firearm.

“Someone can be incapable of managing their funds but not be dangerous, violent or unsafe,” said Dr. Marc Rosen, a Yale psychiatrist who has studied how veterans with mental health problems manage their money. “They are very different determinations.”