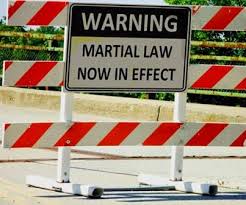 These signs are being carried by truck drivers all over this country.

Foreign occupation forces are training and will be training to overrun this country in a martial law scenario. Why foreign troops? Because American troops might not be able to be counted upon to carry out the orders of subjugation that will come down from this globalist inspired banker-hijacked administration.

In the past several days, an enormous military exercise has become known to the public. This October over 36,000 troops from more than 30 countries will be gearing up for what NATO calls its largest exercise in over a decade and the exercise is called “TRIDENT JUNCTURE”

Here is a link to a video produced by NATO about TRIDENT JUNCTURE. Watch the video and then ask yourself, “What is missing?”

Were you able to answer the question? What is missing in this NATO report on TRIDENT JUNCTURE is that they do not tell you what kind of threat, or where the threat would be specifically coming from. As I have discovered, the answer to the question as to the location of TRIDENT JUNCTURE is that the drill could be carried out in one location, multiple locations anytime and anywhere. 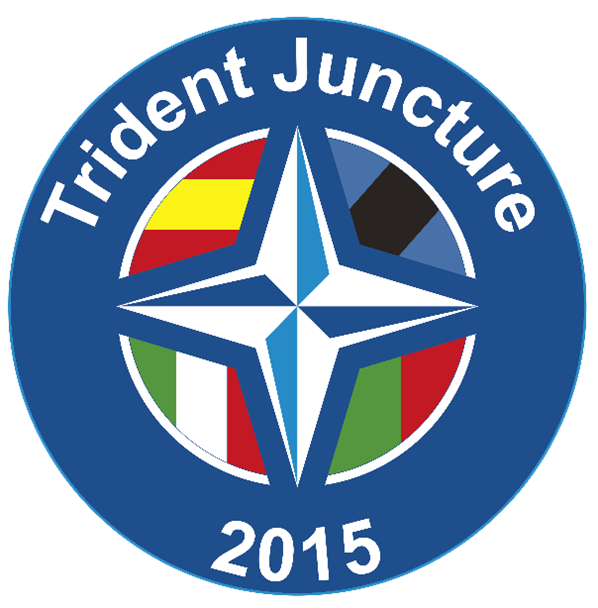 According to NATO, the TRIDENT JUNCTURE DRILL (TJ 15) is put together in two parts. The CPX/CAX aspect of the drill will be conducted between the dates of October 3-16, 2015. However, this will follow three days what they are calling “battle staff warm-up” from September 30th to October 2nd. The official purpose of this drill is that it will serve as a “joint certification venue for NATO Response Force 2016 (NRF 16) and Full Operational Capability (FOC) event for JFCBS”. Please note the geographical location of these actions remains very vague.

NATO speaks of a complement to TRIDENT JUNCTURE in what is being called “LIVEX“. LIVEX will run from October 21st to November 6th. AIRCOM will be the leading component of the drill and it will involve over 200 aircraft from all NATO nations and they will perform in a specified training area in southern Europe. The importance of southern Europe will be explained in the conclusion part of this article.

The United States Army plans to cut 40,000 soldiers from its ranks over the next two years. Please keep in mind that the US military is war mode and the targets are primarily Russia and China. This is national suicide!

This is a reduction that will impact all of the Army’s domestic and foreign posts, as this was recently published from a collection of documents obtained by USA TODAY. If the United States is really on war footing, then these actions, led by President Obama, must be looked at under the lens of treason.n

Certainly, if the reduction in US military force is in diametrically opposite response to the foreign build up of troops on American soil, then Obama’s actions make perfect sense, although it is still undeniable treason. Why would the globalists want to diminish the size of the U.S. military? There are two reasons that come to mind. First, and in the long-term, America is supposed to lose World War III. Second, and in more in the immediate time frame, American troops may oppose an United Nations/NATO “Peacekeeping” force designed to restore order to an American public and military that will not accept the direct usurpation of national sovereignty. Reducing the size of the American military will reduce the size of the American threat to an United Nations takeover. If you dismiss this as idle speculation, than ask yourself why we are seeing the following on American soil?

Why Are Surface to Air Missile Batteries Popping Up Around Key Defense Faciities?

I am certain that many readers will recall when I first published photographs of these surface to air missiles in Texas. The photos came under a lot of criticism and skepticism.  However, the local media covered the event and the eventually the photos were vetted as authentic. My sources told me that these missiles were part of a defensive scheme to protect the nuclear waste disposal plant, PANTEX from low flying suicide aircraft whose goal it would be to take out the plant and create a holocaust in the region. 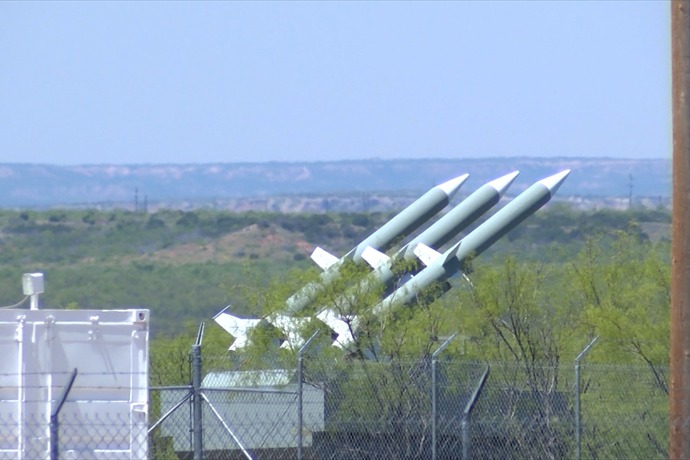 These are high resolution photos of the SAM missiles, that many say do not exist. These missiles are located 45 miles southeast of Lubbock, TX and were originally photographed by Texas resident, Travis Kuenstler. These photos will soon be back in the news at The Common Sense Show, as we have just learned that this represents the countering of the ISIS threat on or southern border. and now it seems likely that these missiles are also representative of civil war preparation for the military. The suppression of massive civil unrest following an economic collapse does not require the use of surface to air missiles.

I have reports of similar missiles in Colorado, Missouri and Arkansas. Yesterday, I received photos of more surface to air missile batteries in northern Michigan near Camp Grayling, which is a known FEMA camp facility which also doubles as a training facility for security personnel headed to Guantanamo Bay.

Here is an email I received with regard to a very similar set of circumstances in which a missile launcher was places just outside of a major military aircraft maintenance plant.