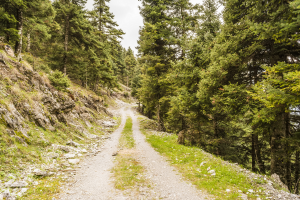 When it comes to people the government fears the most, those who live in rural areas must be somewhere near the top of the list. Not that there’s anything wrong with this particular group of people. It’s just that they’re a demographic that the government often struggles to contend with.

They usually have the resources to take care of themselves, and often by necessity, which makes it difficult to corral this population. When you have no choice but to take care of yourself because government services are too far away, they don’t have any good excuses for telling you what to do. They know that if they tried to micromanage your life, they would utterly fail (at least more than they do already).

Now, contrast that with urban dwellers. The population density of cities makes it easier for them to control that population. One cop in the countryside may be miles away from the nearest person, but a cop in the city has rapid access to thousands of people. They’re never very far away. Simply put, the cost of exerting control over a population is much less in a city than it is in the countryside.

So it should go without saying that if the government could move those people out of the countryside and into the cities, they could rest easy knowing that everyone is firmly planted under their watchful eye, and away from their rural blindspot. Unfortunately, that may very well be what they have in store for those who live outside of the city.

They’ve also been planning this for a very long time.

An author for the thedailyherb.com recently stumbled upon a very interesting article written in 1998, for a local newspaper in Montana. It was written in part, to expose a plan made by the Montana Department of Fish, Wildlife, and Parks, to try and relocate rural populations into the cities.

In the article, Libby County Commissioner, Rita Windom, informs us that she and other commissioners were approached by Montana Fish Wildlife and Parks (FWP) state land manager, Darlene Edge, with a proposal to cooperate in driving rural residents out of the Montana countryside into cities. When commissioners responded with horror, Windom says Edge replied.

This exchange took place in a meeting regarding a document called The Wildlife Program Draft Programmatic Environmental Impact Statement (EIS), of which only 300 were published. According to Windom, there was very little public input because the few public meetings held were so poorly advertised.

As you can see, the when dealing with lower ranking government officials, they like to conceal these plans under the guise of saving money. However, when they try to sell it to the people, it’s always about environmentalism. The Author makes a pretty good case that these measures were connected to Agenda 21; the UN plan to depopulate the rural areas of America, and move those people to the cities.

However, they don’t call it Agenda 21 anymore. That term has been thoroughly demonized by so called “conspiracy theorists” and caries a lot of baggage. No, the government’s plan to relocate rural residents will be conducted under another name.

Policies leading to rural cleansing are found in the document, Agenda 21: the Earth Summit Strategy to Save Our Planet, but another important source is associated with one of the other documents introduced at Rio.  That was the Convention on Biological Diversity.  It has been shown that the Wildlands Project is the central mechanism by which the Convention on Biological Diversity is to be implemented.  The Wildlands Project calls for humans to be removed from one-half of the American land mass, and to create uninhabited corridors for wildlife to move freely from Alaska to Yellowstone Park, or farther south.  It was written by radical environmentalists working in United Nations nongovernmental organizations with the full knowledge and aid of U.S. federal agencies such as U.S. Forest Service, BLM, U.S. Fish and Wildlife Service, EPA and others.

It appears that the Wildlands Project is now being implemented, under another name, in Idaho and the West through the Western Governors Association’s Wildlife Corridors Initiative (WCI).

But in truth, it will probably be implemented under many names. The author only speaks for Montana and Idaho, but the scope of this agenda includes the entire United States. Different regions will likely have different labels for it. So if you live in a rural area, pay attention to some of policies that are being carried out by local government agencies. You should be especially suspicious of anything that is done in the name of environmentalism. They’re not all bad of course, but sometimes, preserving the environment and saving money is just a cover for pushing folks off their land.