To Avoid Prison, You Must Read This Before Taking Your Money Out of the Bank 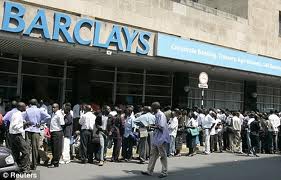 Can you find yourself in the picture? Don’t be “that guy”. These people will end up living under a cardboard box or they will forced to go to a FEMA camp for food and water.

Most people, who are familiar with Jade Helm, understand that it will take a precipitating event (e.g. false flag) in order for the “drill” to go live. And most would agree that the precipitating event will be tied to an economic collapse of the dollar.

When the collapse comes, order will have to be restored, hence, enter Jade Helm. Once America reaches this point, your money will be gone along with the 401K, Roth IRA and all retirement accounts will be confiscated. Jade Helm, or its successor will be needed.

Since I wrote the June 12th article “Surviving the Jade Helm Era Depends On Taking Your Money Out of the Bank”, I have been inundated with requests for more information on how to get your money out of the bank. If you think your money is safe while sitting in the bank, you desperately need to read the aforementioned article. Please note, that I am not a financial planner, I am simply informing the public of what I have learned on the topic of  federal bank withdrawals and the legalities connected with withdrawing your money from the bank. The following represents what I have either done, or will do, in the coming days.

There is no doubt that anyone who leaves all of their money in the bank needs their head examined. However, if you walk up to your “friendly” teller  and ask to withdraw all, or most, of your money, you will either be shown the door and/or arrested for violating federal banking laws. Yes, it is now a crime to take your own money out of your own bank account, just ask former Speaker of the House, Dennis Hastert who has been indicted for taking HIS money out of HIS bank account.

Even Congressmen Aren’t Safe From the Banksters 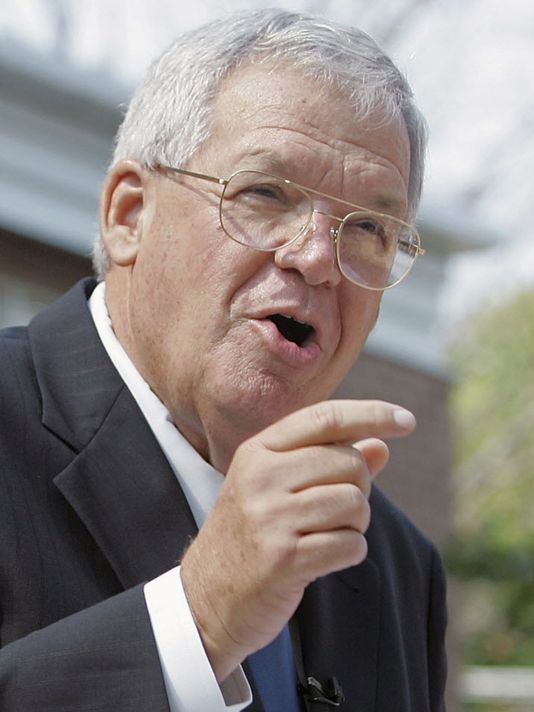 Former Speaker of the House, Dennis Hastert, is headed to prison for taking his money out of his own bank account!

Federal prosecutors have charged a former Republican House speaker, Dennis Hastert, with illegally structuring cash withdrawals from bank accounts which were designed to conceal payments to someone he committed “prior misconduct” against and Hastert is also accused of lying to the FBI about the event. The indictment did not specify who Hastert was paying off for his prior misconduct, but anonymous sources allege that Hastert had sexual contact with a minor when he was a high school wrestling coach and the former student was extorting the former Congressman. A total of $3.5 million was involved according to the prosecutors. The important point to consider here is that this former Congressmen is not headed to prison for sex with a minor, or facilitating a bribe, he is headed to prison for TAKING HIS OWN MONEY OUT OF HIS BANK ACCOUNT!

Just how can one steal their own money, according to the Federal Government? That is what Deborah T. thought when she wrote the following to me on June 13th.

Please suggest what I should do.  I cashed out my $10,000 IRA, paid the taxes  and  got the $10,000 in CASH….worried about not being able to get my money out of the bank.  Now from what I have been hearing I am afraid I could be arrested for getting my own money out… Please make a suggestion.  Should I redeposit the $10,000? Forever grateful if you will answer.

Deborah should be concerned with going to prison. There is no question that you need to take the majority of your money out of the bank, but what are the pitfalls in doing so? What should every American know prior to attempting to liberate the fruits of their own labor from the bankster controlled central bank?

Taking what was your money out of the bank is no longer a matter of walking up to your friendly teller with a withdrawal slip and the teller cheerfully honors your request and you calmly exit the bank with your money in tow. In fact, your teller is trained to look for certain indicators in any cash withdrawal of any significance.

As you move to withdraw the bulk of your money, there are three federal banking laws that you should be cognizant of, namely, Cash Transaction Report (CTR), a Suspicious Activity Report (SAR) and structuring. Before proceeding with the planed withdrawal of your money, I would strongly suggest that you read the following federal guidelines as it relates to CTR’s as produced by the The Financial Crimes Enforcement Network (FinCEN). All the federal regulations contained in this article are elucidated in this series of federal reports.

Before withdrawing your money, please be aware of these three regulations related to getting your money out of the bank.

Federal law requires that the bank file a report based upon any withdrawal or deposit of $10,000 or more on any single given day.The law was designed to put a damper on money laundering, sophisticated counterfeiting and other federal crimes.

To remain in compliance with the law, financial institutions must obtain personal identification, information about the transaction and the social security number of the person conducting the transaction.

Technically, there is no federal law prohibiting the use of large amounts of cash. However, a CTR must be filed in ALL cases of cash transaction regardless of the reason underlying the transaction. This means your cash transaction will be on the radar.

There will undoubtedly be some geniuses whose math ability will tell them that all they have to do is to withdraw $9,999.99 and the bank and its protector, the federal government will be none the wiser. It is not quite that simple. Here are a few examples of structuring violations that one should be aware of:

1. Barry S. has obtained $15,000 in cash he obtained from selling his truck. He knows that if he deposits $15,000 in cash, his financial institution will be required to file a CTR. Instead he deposits $7,500 in cash in the morning with one financial institution employee and comes back to the financial institution later in the day to another employee to deposit the remaining $7,500, hoping to evade the CTR reporting requirement. Barry should have used multiple accounts to conduct this transaction.
2. Hillary C. needs $16,000 in cash to pay for supplies for her arts and crafts business. Hillary cashes an $8,000 personal check at a financial institution on a Monday. She subsequently cashes another $8,000 personal check at the bank the following day. Hillary is careful to have cashed the two checks on different days and structured the transactions in an attempt to evade the CTR reporting requirement. Hillary should have made irregular deposits on staggered days covering a significant period of time. Or better, yet she should convert her soon worthless cash to precious metals.
3. A married couple, Bill and Hillary, sell a vehicle for $12,000 in cash. To evade the CTR reporting requirement, Bill and Hillary structure their transactions using different accounts. Bill deposits $8,000 of that money into his and Hillary’s joint account in the morning. Later that day, Hillary deposits $1,500 into the joint account, then $2,500 into her sister’s account, which is later transferred to Bill and Hillary’s joint account at the same bank. Again, Bill and Hillary should have used multiple banks.
The aggregate total of the three transactions totals more than the $10,000 threshold, therefore, a SAR would be filed by the bank and you would be the subject of a federal investigation as all three of the above cases clearly violate the federal banking laws related to structuring. It is a federal crime to break up transactions into smaller amounts for the purpose of evading the CTR reporting requirement. In these instances, the bank is required to file a SAR which serves to notify the federal government of an individual’s attempt to structure deposits or withdrawals by circumventing the $10,000 reporting requirement.

Structuring transactions to prevent a CTR from being reported can result in imprisonment for not more than five years and/or a fine of up to $250,000. If structuring involves more than $100,000 in a twelve month period or is performed while violating another law of the federal government, the penalty is doubled. This is what former Speaker of the House, Dennnis Hastert is facing.