Jade Helm is spiraling out of control. By my reports, this unconstitutional and illegal activity has spread to over 40 states, not the seven states admitted to by Jade Helm personnel.  Military and troop movements are continuing as we are seeing armored vehicles on city streets in New Hampshire. Michigan is receiving ISIS terrorist threats and the Jade Helm contingent at Camp Grayling has pledged they will stop any ISIS attack.

Since the pre-Civil War days, the country has never seen days such as what we are witnessing today. The United States of America is being occupied by soon-to-be martial law, military forces.

I had dinner with Stewart Rhodes last night and we were both bemoaning the fact that in large part, in this country, people are largely sheep who are afraid of their own shadow. Everyone wants to be in on the action by providing information. However, a scant few have the intestinal fortitude to stand up and be counted as they put their name on their work.

We have become a nation of cowards. If you are in Special Forces assigned to Jade Helm, you need to become a whistleblower to the unconstitutional activities connected to JH 15. If you are in local law enforcement and you are being required to work with Jade Helm personnel and you see wrongdoing which violates the Constitution, you need to publicly report the Jade Helm related wrongdoing to the local and national media. If you are out and about in your community and you see unusual military activity, you need to take pictures and be willing to use your name.

To those who have sworn an oath to the Constitution, if you participate in Jade Helm, you are a traitor to your country in the same manner as the “I was just following orders” crowd from Nazi Germany.  Stand up, speak up and be accountable for doing the right thing. Every day is national whistleblower day. However, in order to formalize the concept, July 5th will be known as National Jade Helm Whistleblowers Day.

Previously not on the Jade Helm radar, Jade Helm has reared its ugly head at Ft. Chaffee where Special  Forces are training in relation to Jade Helm. Stewart Rhodes and I had a phone conference with a former Special Forces soldier in the vicinity of Ft. Chaffee. He reports Navy Seal training on the local base. Also, it is becoming clear that Special Forces is training with regular military which is highly unusual . This reminds me when the U.S. dropped parachutists from the 101st Airborne behind German lines on D-Day and they linked up with invading forces.  In other words, we are looking at the following Jade Helm scenario:

To a person, the former Special Forces that I have spoken to, believe s that it is likely that Jade Helm will go live. Meanwhile, there are more sightings of military movements in preparation for the martial law crackdown that is cmoing.

There is no hiding the UN involvement with the use of more foreign troops training in Jade Helm with the following new report coming out of a TV station in Northern Michigan.

Members of the Michigan National Guard were busy training in Northern Michigan. The exercise called Arctic Eagle ran through April 25 at Camp Grayling in Crawford County, Rockport State Recreation Area in Presque Isle County and in Mackinaw City. They’re working on strategies to defend areas in the Arctic Circle. Parts of Rockport State Recreation Area in Presque Isle and Alpena Counties were closed down to the public. Members of the Danish Military will join U.S. soldiers, Marines and others. (Editor’s Note: please note that these Jade Helm activities were 3 months ahead of the announced Jade Helm schedule and taking place outside the 7 state area announced as Jade Helm states).

A new ISIS threat targeting America. This time, it includes Michigan.The current threat comes days after an attack in Garland, Texas at a prophet Muhammad cartoon contest The terrorist group claimed responsibility for that attack. Then said more were to come. The threat says there are more than 70 people in 15 states loyal to ISIS. It specifically names five states that could be the next targets, including Michigan. 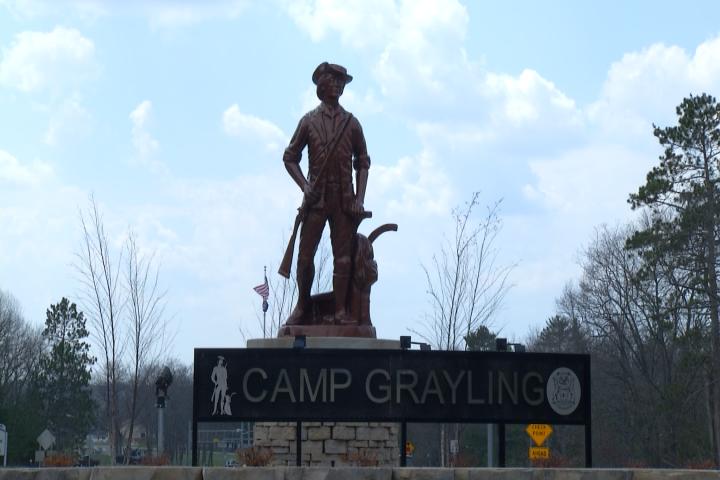 Camp Grayling is a known FEMA camp where Army Reservists are training to be sent to Guantanamo.

Jade Helm has even come to tiny New Hampshire. Many thanks to Craig Nugent for passing this along.

Howdy Dave,
Just wanted to let you know about the buildup and military movement in New Hampshire. I’ve seen movements in and around Concord, between Hillsborough and Peterborough, and I just recently saw this in Nashua.
Much love to what you’re doing, Sir. 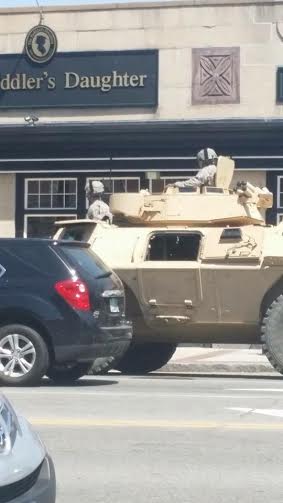 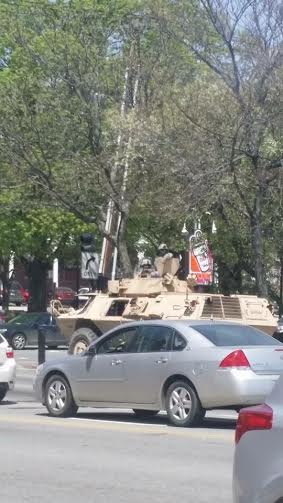 The phoIn the streets of America.

Military and Troop Movements in Minnesota

The following photos were recorded in Royalton, Minnesota which is northern central headed south towards St. Cloud minnesota. All military traffic was headed south. 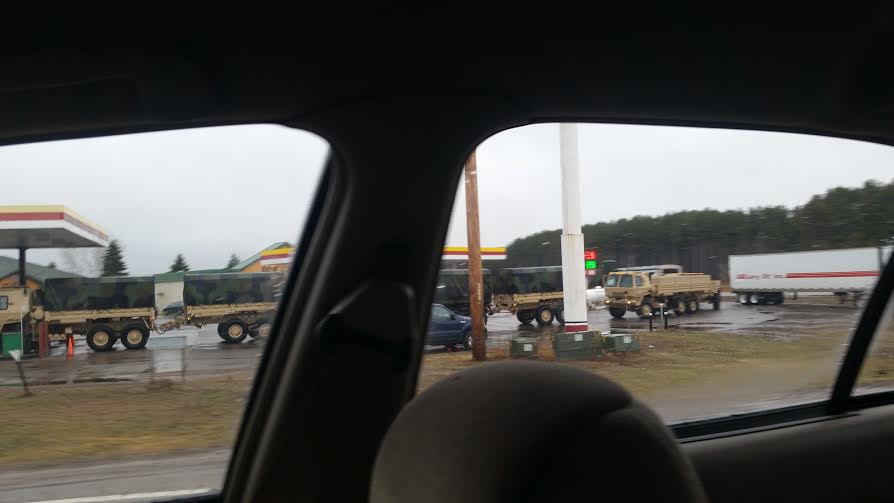 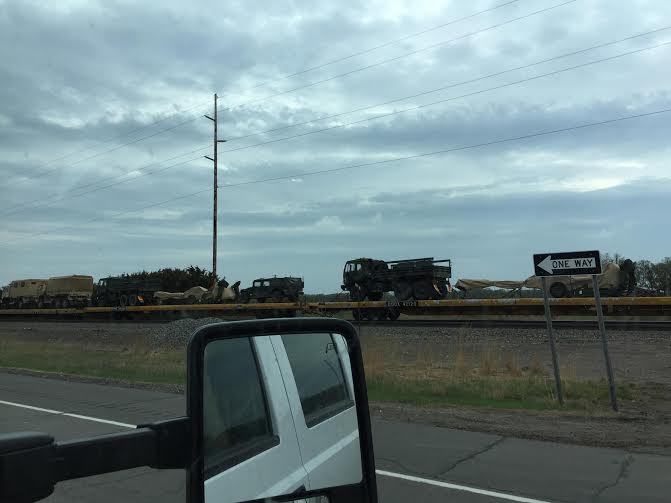 The martial law noose is tightening around our neck. We are being infiltrated and  illegally occupied. Texas has successfully pushed Jade Helm out of three counties. Texas Governor, Abbot, promises to his State  Guard to closely monitor Jade Helm activities for signs of unconstitutional behavior. Our only chance to push back Jade Helm is to speak up unison and do so NOW! For this to happen, Americans need to rediscover their backbones.