There can be no doubt that the  internal events at Walmart holds the key to the end game of Jade Helm operations. Jade Helm and Walmart are inextricably linked and the existing evidence suggests one of two possible end game probabilities for Jade Helm.

2. Some Walmarts will be used as supply and staging centers for an internal conflict within the United States

In the past four weeks, I have watched over 100 videos on Jade Helm and Walmart. I have performed what researchers call a qualitative, or a descriptive analysis of the available facts. In performing this task, I have looked for patterns among the recent Walmart closings because it is clear that the closings coincide with Jade Helm. This constitutes Phase One of the analysis. In Phase Two, the findings from phase one are correlated to known or strongly suspected events connected  toJade Helm and/or other areas of concern related to national security. Subsequently, this kind of descriptive analysis can yield strong clues as to the true intent of where Jade Helm is headed and what the Walmart role consistes of in conjuntion with Jade Helm.

A series of representative videos are analyzed for commonalities which might reveal intent and purpose of the connection of Jade Helm and the Walmart closings.

You have heard the stories everywhere that Walmart is closing stores because of bad plumbing.  What are the odds that ALL of these store would have plumbing issues. It is not really plumbing issues at all that have led to these store closures. We already knew that. The real reason is perhaps more sinister because even the local media is not buying the Walmart plumbing excuse.

This very amateurish report reveals a very consistent trend in that is reocurring in the closed Walmarts in that concealment is the rule of thumb when it comes to these stores. Since when is it necessary to conceal plumbing operations from the public? In the following video, please note the containers which are being used to block the rear entrance of the store. This too, is becoming a consistent them among closed Walmarts.

Roxboro, NC and Their Closed Walmart

In an email sent to both Steve Quayle and myself, we see the same pattern of using shipping containers as a means of concealment with regard to what is going on inside a closed Walmart. 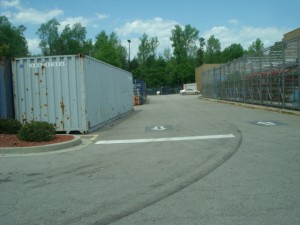 Dave and Steve,
My mother just sent me these pictures of the parking lot of her local Walmart SuperCenter in Roxboro, NC.
Two things are new:
1. notice the newly cutout square in the parking lot replaced with new asphalt and with a new grate of some sort over it

2. notice all the shipping containers that were just recently put there 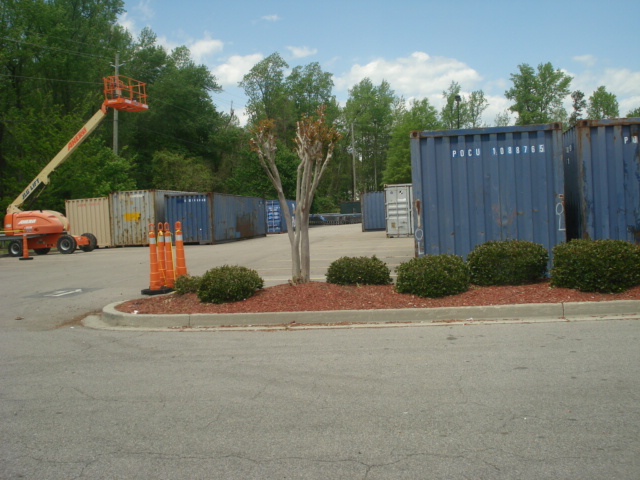 I do not know what this may mean, but I thought I’d share it with you guys.
Blessings,
Jonathan O’Quinn
Greenville NC

Stephanie Hughes  filmed this  exclusive footage at the now closed Pico Rivera California Walmart Location. The store recently closed for highly suspicious reasons and, again,  it certainly was not due to plumbing. Walmart had never contacted the local County to get permits for the plumbing work. Officials connected to the Walmart closing have now covered the windows with black tarp in another of set concealment activities that we are witnessing around the country.

In another disturbing trend,  this Walmart is surrounded with cops. Since when are cops needed to protect plumbers performing repairs? Also, as you can see from the video, officials have built a wall up inside of the store so no one can see whats going on past the Pharmacy area which is still open to the public in yet, another, act of concealment.

PLUMBING? REALLY?  Again, we see a multitude of cops at the receiving dock at the back of the store. What are they protecting, or better yet, hiding from the public?

Of all the multitude of videos that I have reviewed, this video contain the most disturbing material and perhaps provides the best clues as to what is the real objective lie behind the closing the Walmarts.

First, I feel compelled to offer a warning related to bad language with regard to the following video. However, I felt the evidentary value of the video outweights the banning of the video because of reptitive foul language.