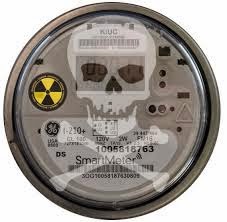 Even Pennsylvania House of Representatives Consumer Affairs Committee Chair, Robert W. Godshall sent me a letter in response to my letter. This is what he had this to say about SM health effects:

I am not going to continue a dialog on the issue as you have your preconceived opinions on the issue and I have mine based on the evidence I have.

Representative Godshall, will you please produce your evidence.

Perhaps Godshall gets his ‘evidence’ from the very same place he gets his campaign contributions?

I wonder if Godshall’s evidence includes the WHO/ICD billing codes for health problems relating to RF radiation from various sources. It’s rather embarrassing that state legislators can be that damn dumb and still hold public office for so long.

Maybe readers also have that problem with uninformed officials. Consumers/voters need to educate their representatives in government at local, state and federal levels, to counteract vested interests ‘evidence’.
Below are the Press Releases I received and want to share with readers since the April 14th one talks about “Symptoms After Exposure to Smart Meter Radiation” and the April 16th PR advises “How to Bill Medical Insurance Companies for Smart Meter-Related Health Problems,” something every utility customer should know, plus keep in their medical files—just in case.

PASMA HAS CONCERNS ABOUT “SYMPTOMS AFTER EXPOSURE TO SMART METER RADIATION”

Retired U.S. Government scientist Ronald M Powell, PhD (Applied Physics/Harvard) recently published a report of two surveys about health issues on individuals who have complained of poor health after having had a Smart Meter (SM) installed on their homes. The first survey included 318 respondents from 28 states (California to New York), while the second survey was done on 92 respondents in Victoria, Australia. A total of 410 adults and children were included in both surveys.

Participants in both surveys experienced six clusters of symptoms that were nearly identical in order of occurrence: (1) sleep disruption; (2) headaches; (3) ringing or buzzing in the ears; (4) fatigue; (5) loss of concentration, memory, or learning ability; and (6) disorientation, dizziness, or loss of balance. The Surveys Report stated, “The many symptoms found reflect the many body systems that are disrupted by such radiation. “

The radiation that causes those symptoms is Radio Frequency (RF) non-ionizing radiation produced by SMs collecting and transmitting information 24/7 from within each house upon which an SM is installed. Statistically, testing shows that the top ten health problems are associated with EMF (electromagnetic frequency) sensitivity and wireless meters (Smart Meters) installed on homes. 49% sleep problems; 43% stress, anxiety and irritability; 40% headaches; 38% ringing in ears; 26% heart problems. In Australia, 17% experienced heart palpitations, while another 10% experienced chest pain or pain in the heart.
Continue Reading>>>