Picture of M1 Abrams tank, taken by Ted Broer near his Florida home on a local toll road. According to Broer, there were several tanks being transported.

As Jade Helm forces are preparing to tighten the martial law noose around our collective necks, most Americans are on verge of losing everything.

I am continuing to receive dozens of emails, by the day, which detail the increased military presence and preparations for the Jade Helm forces all around the country.

Among the more disturbing images I was sent, was from talk show host and health expert, Ted Broer (see above), as he captured the image of an M1 Abrams tanks near his neighborhood on a nearby toll road.

This is the single most requested topic that people have asked me to comment on.

A Partial Awakening of the American People

Many of the citizens of our country are finally awakening to the unfolding tyranny. Yesterday, I received 37 emails from readers that in some form were asking me what they should do with their money because their investigations and observations agreed with mine in that the United States is headed towards and economic meltdown followed by martial law.

Take the Bulk of Your Money Out of the Bank

As the country races toward martial law and financial collapse, There are several major reasons to take the majority of your money out of the bank while leaving just enough in the bank to conduct business and to pay your bills.

Common Sense Dictates Taking Your Money Out of the Bank

Would you work for 50% over the next five years in order to keep your job? For most, the answer is a resounding, NO! Well, if you keep the majority of your money in the bank, that is precisely what you are doing.

If we take the word of the government that inflation is only about 5%, coupled with the fact that your savings account only pays a quarter of a percent in interest, it is foolish to leave your money in the bank. Ten thousand dollars in your bank account, today, will lose over half its value in less five years. And in reality, most of you should be aware that inflation is closer to 12-14% because the government does not count the price of food and gas into their inflation figures, as if we do not have to eat or drive to work.

There are number of factors which lead to inflation, most of which end up putting money in the hands of the interlocked banking, oil and defense industry interests. When one understands what a mistake it was to abandon the gold standard and take on unlimited debt so that the aforementioned special interests could receive sweetheart deals courtesy of the U.S. government, one then understands that by putting most of your money into the bank, you are investing in your financial demise.

The Unsound American Economy Will Lead to a Banking Collapse

Presently, the United States has an $18 trillion dollar deficit, a $240 trillion dollar unfunded liability and credit swap derivatives debt in excess of $1 quadrillion dollars. The only backing that the U.S. dollar enjoys is the Petrodollar and that practice is being eroded by the Russian and Chinese led charge away from the dollar and into gold. There will soon come a tipping point where the American economy will die a sudden and violent collapse as the currency hyper-inflates.

It far more likely that an economic collapse will be contrived instead of following the natural path listed above because the timing and severity could be controlled by the banksters.

When the Collapse Comes, You Will Not Get Your Money Out of the Bank.

The Seventh Circuit Court of Appeals ruled that when you put money into the bank, you have transferred ownership of that money to the bank. This ruling represents government sponsored theft in the highest order, yet most of us are unaware that this happened.

As previously reported, Treasury Secretary Jack Lew and the UK’s Chancellor of the Exchequer, George Osborne, on November 10, 2014, ran a joint exercise simulating how they would prop up a large bank (e.g. Bank of America) with operations in both countries that has landed itself in trouble. Also taking part in the “bank failure drill”, which included a cyber attack upon several banks, was Federal Reserve Chair Janet Yellen and Bank of England Governor Mark Carney, and the heads of a large number of other regulators, in a meeting hosted by the U.S. Federal Deposit Insurance Corporation.

Also, as previously reported, on the morning of November 16, 2014, the G20 fulfilled the mandates of a new investment program. This new program creates a whole new paradigm and set of rules whereby banks will no longer recognize your deposits as money. Russell Napier is declaring November 16th as “the day money died”. This declaration by the G20 declared your bank account to not be money and therefore, the FDIC does not technically insure your money because it is not money in the eyes of the government.

In April of 2013,  the banksters began to seriously manipulate the price of gold as evidenced by the actions of “Goldman Sachs who told their clients earlier that they recommend initiating a short COMEX gold position.” After investors were duped into panic selling, the banksters bought up massive sums of gold. The banksters were buying gold while getting out the American Stock Market and the megabanks. Why? Because the dollar is going to collapse and the banksters are seeking safe havens for their wealth. This move should have been huge red flag for all bank depositors.

If by some small chance you are not convinced that the banking system is living on borrowed time, I would strongly suggest that you read this article as the documentaiton leaves no doubt as to the fact that the final resting place for the dollar is right around the corner.

When Taking Your Money Out of the Bank, Be Cautious!

George Soros won’t go to prison for taking his money out of the bank, but you could, if you are not very careful.

In a clear escalation in the ongoing war on U.S. citizens, the Justice Department has recommended that bank employees snitch on customers attempting to withdraw more than $5,000. The banks and the Justice Department knows what is coming and they are going to keep you from withdrawing as little of your money as possible. 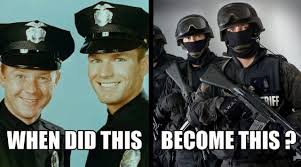 Under present laws, it is permissible to withdraw $5,000. However, with the recent Justice Department dictatorial decree, if you do withdraw that much money, you find two cops sitting in your driveway waiting for you. And with the Civilian Asset Forfeiture laws in place, it is not likely that the recently withdrawn money will ever see the inside of your home.

It is mind boggling regarding how few people are preparing to act to preserve what assets they have remaining by not removing their money from the bank. Because you have put your money in the bank, you no longer own your money. Taking what was your money out of the bank is no longer a matter of walking up to your friendly teller with a withdrawal slip and the teller cheerfully honors your request and you calmly exit the bank with your money in tow. In fact, your teller is trained to look for certain indicators in any cash withdrawal of any significance.

As you move to withdraw the bulk of your money, there are three federal banking laws that you should be cognizant of, namely, Cash Transaction Report (CTR), a Suspicious Activity Report (SAR) and structuring.

Federal law requires that the bank file a report based upon any withdrawal or deposit of $10,000 or more on any single given day.The law was designed to put a damper on money laundering, sophisticated counterfeiting and other federal crimes.

To remain in compliance with the law, financial institutions must obtain personal identification, information about the transaction and the social security number of the person conducting the transaction.

Technically, there is no federal law prohibiting the use of large amounts of cash. However, a CTR must be filed in ALL cases of cash transaction regardless of the reason underlying the transaction.

Before proceeding with the planed withdrawal of your money, I would strongly suggest that you read the following federal guidelines as it relates to CTR’s as produced by The Financial Crimes Enforcement Network (FinCEN). All the federal regulations contained in this article are elucidated in this series of federal reports.

There will undoubtedly be some geniuses whose math ability will tell them that all they have to do is to withdraw $9,999.99 and the bank and its protector, the federal government will be none the wiser. It is not quite that simple. Here are a few examples of structuring violations that one should be aware of: