Berlin Is Alarmed by Aggressive NATO Stance on Ukraine

from Russia-Insider Germans are alarmed Washington hawks are intent on wrecking a diplomatic solution to Ukraine crisis favored by Berlin It was quiet in eastern Ukraine last Wednesday. Indeed, it was another quiet day in an extended stretch of relative calm. The battles between the Ukrainian army and the pro-Russian separatists had largely stopped and heavy weaponry was being withdrawn. The Minsk cease-fire wasn’t holding perfectly, but it was holding. On that same day, General Philip Breedlove, the top NATO commander in Europe, stepped before the press in Washington. Putin, the 59-year-old said, had once again “upped the ante” in eastern Ukraine — with “well over a thousand combat vehicles, Russian combat forces, some of their most sophisticated air defense, battalions of artillery” having been sent to the Donbass. “What is clear,” Breedlove said, “is that right now, it is not getting better. It is getting worse every day.” German leaders in Berlin were stunned. They didn’t understand what Breedlove was talking about. And it wasn’t the first time. Once again, the German government, supported by intelligence gathered by the Bundesnachrichtendienst (BND), Germany’s foreign intelligence agency, did not share the view of NATO’s Supreme Allied Commander Europe (SACEUR). The pattern has become a familiar one. For months, Breedlove has been commenting on Russian activities in eastern Ukraine, speaking of troop advances on the border, the amassing of munitions and alleged columns of Russian tanks. Over and over again, Breedlove’s numbers have been significantly higher than those in the possession of America’s NATO allies in Europe. As such, he is playing directly into the hands of the hardliners in the US Congress and in NATO. The German government is alarmed. Are the Americans trying to thwart European efforts at mediation led by Chancellor Angela Merkel? Sources in the Chancellery have referred to Breedlove’s comments as “dangerous propaganda.” Foreign Minister Frank-Walter Steinmeier even found it necessary recently to bring up Breedlove’s comments with NATO General Secretary Jens Stoltenberg. The ‘Super Hawk’ But Breedlove hasn’t been the only source of friction. Europeans have also begun to see others as hindrances in their search for a diplomatic solution to the Ukraine conflict. First and foremost among them is Victoria Nuland, head of European affairs at the US State Department. She and others would like to see Washington deliver arms to Ukraine and are supported by Congressional Republicans as well as many powerful Democrats. Indeed, US President Barack Obama seems almost isolated. He has thrown his support behind Merkel’s diplomatic efforts for the time being, but he has also done little to quiet those who would seek to increase tensions with Russia and deliver weapons to Ukraine. Sources in Washington say that Breedlove’s bellicose comments are first cleared with the White House and the Pentagon. The general, they say, has the role of the “super hawk,” whose role is that of increasing the pressure on America’s more reserved trans-Atlantic partners. 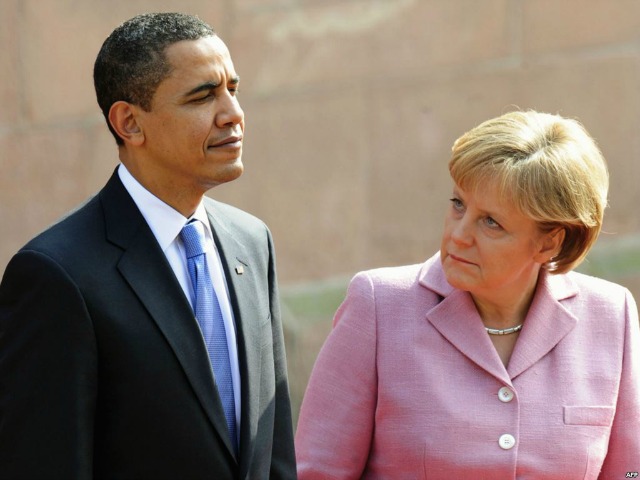 A mixture of political argumentation and military propaganda is necessary. But for months now, many in the Chancellery simply shake their heads each time NATO, under Breedlove’s leadership, goes public with striking announcements about Russian troop or tank movements. To be sure, neither Berlin’s Russia experts nor BND intelligence analysts doubt that Moscow is supporting the pro-Russian separatists. The BND even has proof of such support. But it is the tone of Breedlove’s announcements that makes Berlin uneasy. False claims and exaggerated accounts, warned a top German official during a recent meeting on Ukraine, have put NATO — and by extension, the entire West — in danger of losing its credibility. There are plenty of examples. Just over three weeks ago, during the cease-fire talks in Minsk, the Ukrainian military warned that the Russians — even as the diplomatic marathon was ongoing — had moved 50 tanks and dozens of rockets across the border into Luhansk. Just one day earlier, US Lieutenant General Ben Hodges had announced “direct Russian military intervention.” Senior officials in Berlin immediately asked the BND for an assessment, but the intelligence agency’s satellite images showed just a few armored vehicles. Even those American intelligence officials who supply the BND with daily situation reports were much more reserved about the incident than Hodges was in his public statements. One intelligence agent says it “remains a riddle until today” how the general reached his conclusions. Much More Cautious “The German intelligence services generally appraise the threat level much more cautiously than the Americans do,” an international military expert in Kiev confirmed. At the beginning of the crisis, General Breedlove announced that the Russians had assembled 40,000 troops on the Ukrainian border and warned that an invasion could take place at any moment. The situation, he said, was “incredibly concerning.” But intelligence officials from NATO member states had already excluded the possibility of a Russian invasion. They believed that neither the composition nor the equipment of the troops was consistent with an imminent invasion. The experts contradicted Breedlove’s view in almost every respect. There weren’t 40,000 soldiers on the border, they believed, rather there were much less than 30,000 and perhaps even fewer than 20,000. Furthermore, most of the military equipment had not been brought to the border for a possible invasion, but had already been there prior to the beginning of the conflict. Furthermore, there was no evidence of logistical preparation for an invasion, such as a field headquarters. Breedlove, though, repeatedly made inexact, contradictory or even flat-out inaccurate statements. On Nov. 18, 2014, he told the German newspaper Frankfurter Allgemeine Zeitung that there were “regular Russian army units in eastern Ukraine.” One day later, he told the website of the German newsmagazine Stern that they weren’t fighting units, but “mostly trainers and advisors.” He initially said there were “between 250 and 300” of them, and then “between 300 and 500.” For a time, NATO was even saying there were 1,000 of them. The fact that NATO has no intelligence agency of its own plays into Breedlove’s hands. The alliance relies on intelligence gathered by agents from the US, Britain, Germany and other member states. As such, SACEUR has a wide range of information to choose from. Continue Reading>>>