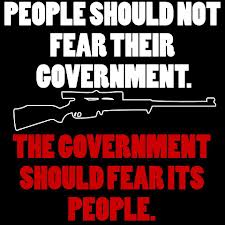 The plot to destroy America is decades old. When I have recently spoken of the removal of dissident journalists in programs such Boa and Operation Lightening Strike, and we witness the unfolding of the NDAA and EO 13603 in order control the masses through food and enforce civilian conscription without compensation, we are merely witnessing the manifestation of plot introduced generations ago during the Woodrow Wilson administration. All of these efforts are designed to mobilize an unwilling nation to fight World War III. Some are reacting to these revelations as if America has been caught off guard. The fact remains that Americans were no paying attention, and in large part, still are not to what is happening to their country. Key Russian defectors have been warning us for decades that we were being infiltrated by communists. 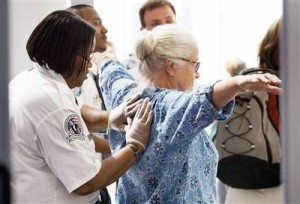 “America, the most free nation on earth? Terrorists hates us because of our freedom”?  Do you remember these words that were uttered by George W. Bush after 9/11?  Today, I can barely type these words without laughing hysterically. America has descended rapidly on the path of being a police state and we have been in political free fall since September 11, 2001. Do you remember when Bush said, “You are either with us, or you are with the terrorists”? The latter statement is not so funny.

I am not going to lie to you America, our country and its values, its economy and the forces that control our country are not what the average American want to see. Liberty has taken a backseat to tyranny. However, I believe that freedom is often the result of the space between the prison bars that we create for ourselves on an individual level. Yet, there are five variables that a super globalist elite must control in order to subjugate a nation and its people. The five variables are the media, the rules governing economics, social standards, the political system and the military. This article briefly analyzes the control the super elite have over each of these four areas.

Six corporations control 98% of the media. These same six corporations virtually control everything that most people see, hear and subsequently believe. The CNN’s and FOX networks have successfully turned the majority of our people into sheep who are willing to accept any form of dictatorship so long as it is endorsed and glorified by the news media.

There is, however, a steadily growing group of Americans who have taken off their blinders and who are slowly but surely waking up to the growing tyranny which is dominating our country.

Amazingly, only two percent of the media broadcasts the message of freedom. The growth of the independent media movement is largely due to just two percent of the media which is not corporate owned by such entities as Gannett Broadcasting and Clear Channel Communications. The chances are that you are reading this article on one of the venues which are free to tell you the truth which subsequently states that every aspect of your society is controlled by the Rockefeller/Rothschild banking empire.

If the super elite controls 98% of the media outlets, they control the narrative. However, David is beginning to fight back against Goliath. The 98% majority is beginning to lose the battle with the two percent. Because of the threat to the establishment, don’t look for the alternative media to be around much longer.

Even if the mainstream media absorbs the alternative media, we are still free to interact with like-minded people, at least for the time being. The encroachment of NSA spying, now under the control of the DHS,  into our daily lives, which monitora our every communication, is very troublesome. Yet, even the absolute control over the mainstream media may not be cracking as much as we had hoped when we consider the fate of the following journalists: 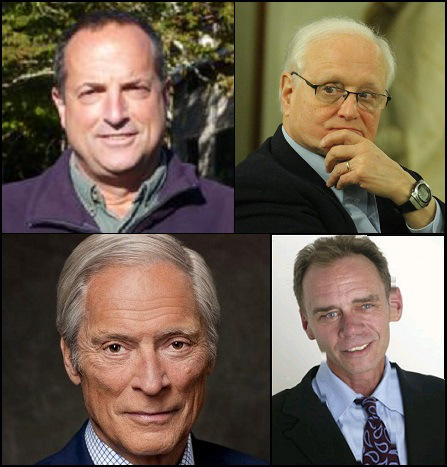 Ned Colt w/NBC (Top Left) – Bob Simon w/CBS (Bottom Left) died in a car crash – David Carr w/NY Times (Bottom Right) died just hours after interviewing NSA Russian defector, Ed Snowden – Bob Hager w/NBC (Top Right). Photo courtesy of: J. Schuyler Montague. All but Hager are dead as Hager survived a head on collision in his neighborhood. Add to these events, the matter grows more complicated when Brian Williams was deposed in the same time frame. Unless one is an ardent coincidence theorist, one has to consider the unlikely odds that these events are due to chance and ask, what did these reporters know that someone did not want released?  These factors all occurred within 24 hours of each other as the coincidence odds continues to escalate. The photo was obtained here.

The second factor leading to control over a society is the control over important social factors. The majority of Americans still believe in hard work, their religion and traditional family values which honors the sanctity of marriage as defined in the Bible. Through the control of the media and an increasing control of the government, Americans are being forced into glorifying every form behavior, previously considered to be perverse and the traditional values of the American family are under attack by the media, Child Protective Services and the education system.

Because I am a white, Christian, heterosexual male who is the leader of my family and I teach Christian values to my son, I am attacked as an intolerant bigot, where only a few years ago, I was considered to be a social liberal by those who knew me because I have never supported the persecution of people making lifestyle choices that I know are wrong according to my beliefs. As a result, my most sacred beliefs are subject to criticism. We now live in a society that is being ruled by the extreme minority and we are being forced to comply with the intolerant dictates of the social elite.  And I, who never advocated for discrimination against anyone, am experiencing discrimination from those who used to beg for acceptance and equality. Welcome to a fundamentally transformed America.  At this rate, the new America will drive all Christians into the closet formerly occupied by those with alternative lifestyles such as Bruce Jenner, and various religions.

I truly believe that the renewal of the persecution of the Christians is just around the corner. In fact when it comes to the government’s disaster preparedness programming, one could argue that Jesus and the Bible have already been legislated out of any DHS or FEMA program, just ask Pastor Walt Mansfield. According to Pastor Mansfield, “Jesus” will never be uttered inside of a FEMA camp.

I would remind everyone, that at the end of the day, nobody can control how we raise our children. Nobody can ever control the values that a family holds dear, while respecting each person to make their own choices. This freedom is due to the fact that nobody controls what you think, at least not yet and that could change as well. 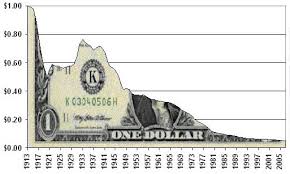 The third factor which must be control before a nation can be subjugated is through the control of the economic system. From the period of 1800-1913, a dollar was still worth a dollar. After the inception of the Federal Reserve, the relative wealth of the dollar has been eroded by 97%. What a dollar could buy 100 years ago, can buy three cents worth today.