Increasingly, we see Hollywood and MSM television being used to propagandize the American public. In the case  of the new NBC hit series, Allegiance, a pair of very strong political messages are preparing America for some very dire times ahead.

The show airs in the last hour of prime time on Thursday nights. NBC has made it the trailer to the very popular show, Blacklist. This is clearly a move designed to enhance rating thus increase the amount of Americans that will be reached with the desired psyops message. 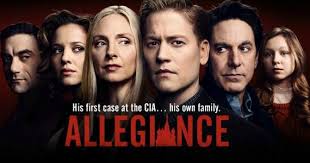 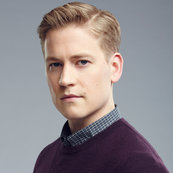 Allegiance is an intense drama that revolves around the O’Connor family and their son, a rookie CIA data analyst prodigy, Alex (played by Gavin Stenhouse). Alex is a young and idealistic who is fluent in Russian and specializes in Russian affairs. Unbeknownst to Alex, both of his parents and his sister are part of a long-term dormant Russian sleeper cell that has just been reactivated. Alex’s birth came after the implantation of the family into America by the Russian SVR. 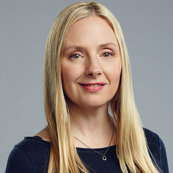 Years ago, Alex’s mother, Russian-born Katya (played by Hope Davis), was tasked by the KGB to recruit American businessman Mark O’Connor (played by Scott Cohen) as a spy, and the two fell in love. A deal was struck that as long as Katya remained an asset for Russian intelligence, she would be allowed to marry Mark and move to America. After years of living in America, and enjoying the good life and without hearing a word from Moscow, both parents had mistakenly thought they had escaped. Now it seems the new version of Mother Russia has one more mission, which involves turning her CIA employed data analyst son, Alex, into a spy for the Russian SVR. The SVR (i.e. the KGB replacement for Russian Intelligence) has re-enlisted the entire family into service as they plan a massive Russian led terrorist designed to occur in the United States which is designed to bring America to its knees. For these ambivalent parents, the choice is clear, they can betray their country, or risk the lives of their entire family and be killed by the SVR.

A Telling Exchange In Episode Two 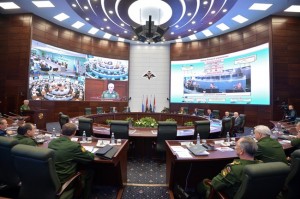 In episode two, in an SVR briefing about a planned terrorist attack on American soil led by the SVR, the briefer made the following statement:

“The American economy is a paper tiger. Cheap energy, Wall Street gambling and propaganda are the only things propping it up. This operation will answer the American aggression, forcefully, collapsing their economy in a single blow. American influence over the world will erode. And we will be able to operate in the world as we wish, in Ukraine, Europe and beyond. We are calling the operation “Black Dagger”.

To that bold statment a Russian General, being briefed, stood and labeled the plan as “madness”. The general continued his objection to this terrorist plot on American soil by saying, “This plan will kill thousands of Americans, tens of thousands”.

The presenter of the plot replied to the General’s objections by saying “Madness is the loss of Russian sovereignty. Madness is American sanctions preventing our ability to access our own bank accounts, even in Switzerland. This is madness. We can do nothing as America strangles us. We can do nothing, or, we can stand and fight back”.

The General responded, “There is a line, and Black Dagger crosses that line”.