from ARS Technica If you’ve ever filed a public records request with your local police department to learn more about how cell-site simulators are used in your community—chances are good that the FBI knows about it. And the FBI will attempt to “prevent disclosure” of such information.

Not only can these devices, commonly known as “stingrays,” be used to determine a phone’s location, but they can also intercept calls and text messages. During the act of locating a phone, stingrays also sweep up information about nearby phones. Last fall, Ars reported on how a handful of cities across America are currently upgrading to new hardware that can target 4G LTE phones.

The newest revelation about the FBI comes from a June 2012 letter written by the law enforcement agency to the Minnesota Bureau of Criminal Apprehension. It was first acquired and published by the Minneapolis Star Tribune in December 2014—similar language likely exists between the FBI and other local authorities that use stingrays.

As the letter states:

In the event that the Minnesota Bureau of Criminal Apprehension receives a request pursuant to the Freedom of Information Act (5 USC 552) or an equivalent state or local law, the civil or criminal discovery process, or other judicial, legislative, or administrative process, to disclose information concerning the Harris Corporation [REDACTED] the Minnesota Bureau of Criminal Apprehension will immediately notify the FBI of any such request telephonically and in writing in order to allow sufficient time for the FBI to seek to prevent disclosure through appropriate channels.

While the FBI did not immediately respond to Ars’ request for comment, privacy activists were dismayed to see this language.

“It’s remarkable to see collusion by state and federal agencies to undermine public records requests, which are clearly aimed at keeping the public in the dark about the use of Stingray technology,” Hanni Fakhoury, a lawyer with the Electronic Frontier Foundation, told Ars. “After all, any truly sensitive law enforcement details could be redacted under traditional public records act law. But the notion that the federal government would work to actively block disclosure of records seems clearly to have a chilling effect on obtaining information about this controversial surveillance tool.” 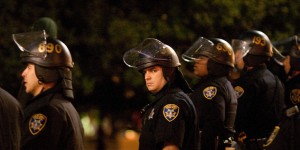 Earlier this month, Mike Katz-Lacabe, a California-based privacy activist, submitted public records requests to the 100 largest local law enforcement agencies in the country. So far, he has only received one response—notification by the police in Tacoma, Washington, to the FBI concerning a records request made by an Associated Press reporter in October 2013.

“The secrecy around these devices (Stingray, KingFish, DRTbox) suggests that it is critical to national security. However, these devices are mostly used in regular criminal cases as a standard tool of local police departments and as such, should be subject to the same disclosure as any law enforcement tool.”

Meet the machines that steal your phone’s data

Keeping tabs on civilian phones? There’s more than one way to skin that cat.

Relatively little is known about how, exactly, the stingrays are used by law enforcement agencies nationwide, although documents have surfaced showing how they have been purchased and used in some limited instances. In 2013, Ars reported on leaked documents showing the existence of a body-worn stingray. Back in 2010, Kristin Paget famously demonstrated a homemade device built for just $1,500.