When retired FBI agent, the now deceased Ted Gunderson, reportedly told a gathering of militia members that the federal government had set up 1,000 internment camps across the country, I had no trouble believing his 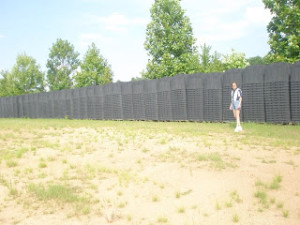 statement because there is ample documentation to support his statement (e.g. REX 84, Operation Garden Plot and now the NDAA). However, when Gunderson reported that the federal government was storing over 500,000 caskets outside of Atlanta, I also knew he was accurate on this point because Sherrie Wilcox found the evidence in the adjacent photo. However, when I heard that Gunderson was accusing the government of storing 30,000 guillotines, I thought he had lost his mind.

Why Would the Government Want to Store Guillotines?

Gunderson told various patriot groups that the guillotines were being stored for the day that the government declares martial law and moves in to round up and execute American dissenters. Gunderson prophetically told patriot groups that the federal government was going to keep track of all of us. The last statement has indeed proven accurate given the recent Snowden/NSA scandal.

Can somebody please explain to me why the government would need to order 30,000 guillotines? For what legitimate purpose could these tools of execution be utilized?

Given these facts, then why is this government importing 30,000 guillotines as Gunderson claimed? Oh, I know that some of the sheep are now looking up from the ground and have just said “there aren’t are any guillotines in the United States.” Then please tell me, sheep of America, why did Representative Doug Teper, of the Georgia Legislative Assembly (Democrat) introduced a bill which will supplant the method of execution, the electric chair, with the guillotine back in 1995-6? The referenced bill was Georgia State House Bill (1995-6) HB 1274 – Death penalty; guillotine provisions. Certainly, Teper would have never thought that this was possible is there were not already guillotines inside of the United States.

Has anyone bothered to do the math? A single guillotine reportedly can chop off the heads of about 100 people per hour. In one hour, the federal government has the capacity to execute as many as three million people. In one ten hour day, 30 million people could be executed by way of the guillotine.

Other Alphabet Soup Agents Speak Out 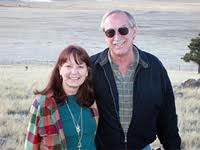 Ted Gunderson is not the only former alphabet soup agent to tell all about guillotines. The late Bill Pawelec, ex-CIA, was a close friend of mine and eventually became the significant other of the News Director for The Common Sense Show, Annie DeRiso. Pawelec told both Annie and I on several occasions that guillotines were being stored on several military bases. The late A.C. Griffith, ex-NSA, said the same on more than one occasion on my talk show. In light of these confirmations from known and from public sources, as well as the proposed legislation of Rep. Teper to introduce the use of guillotines on American soil, I believe that there is no question that the story is true.

I get understandably nervous, at the prospect of guillotines on American soil, as I watch the endless series of beheadings of Christians in the Middle East by the radical ISIS. The following represents a small sample size of what is happening to Christians and their subsequent mass beheadings at the hands of ISIS.

More than 250000 Christians have fled Northern Iraq amidst ISIS … to Islam or death by beheading, the children chose to follow Jesus…

National spokesman for Iraqi Christians and Chaldean-American … out by ISIS militants in Iraq now includes shocking beheadings of children, …

Is the political climate ripe for this to occur inside the United States? President Barack Hussein Obama was criticized by human rights activists for not addressing the plight of Christians and other minorities during his talks with leaders in Saudi Arabia, where Christianity is banned. Further, the Bible speaks to the use of beheadings as a religious tool of subjugation. Complicity by silence is how I would characterize this President’s view of these events.

Where Is All of This Headed? Revelation 20:4

As you read the following two paragraphs, there is a collision between two cultures and two religions which is already underway and religious dogma is serving to perpetuate and exacerbate the conflict.