And it may be happening much more quickly than anyone has realized.

Things are definitely in motion. Call it a game of musical chairs, or an exercise in rearranging chairs on the Titanic, or just that a tilting balance of power. Just don’t make the mistake of thinking this is all routine.

The absolutely stunning decision by the Swiss National Bank to decouple from the euro has triggered billions of dollars worth of losses all over the globe.

And these are just the losses that we know about so far.  It will be many months before the full scope of the financial devastation caused by the Swiss National Bank is fully revealed.  But of course the same thing could be said about the crash in the price of oil that we have witnessed in recent weeks.  These two “black swan events” have set financial dominoes in motion all over the globe.  At this point we can only guess how bad the financial devastation will ultimately be. 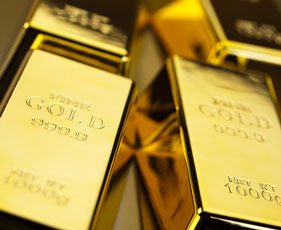 The key to understanding how the hammer will fall may lie in: gold.

In the material world that governs politics and economics, there has always been one golden rule: he who has the gold makes the rules.

Put China at the top of the next generation of rule makers, then.

China has been quietly stockpiling gold for years now. In fact, it is stockpiling so much gold that many have speculated that it may be building a gold-backed yuan currency that would make the Dollar pale in comparison on the global market.

Bottom line: no one knows just exactly how much gold China has amassed:

Buying surreptitiously allows Beijing to buy bullion at bargain prices; if the world knew how much gold China was really amassing, a run on gold the likes of which the globe has never seen would likely ensue. “We believe China is controlling the gold price because it is buying in such a way so as not to push prices up.” That’s the opinion of respected precious-metals analyst Julian Phillips of The Gold Forecaster, along with a host of other informed sources. (source)

It is widely believed that China has accumulated larger – possibly much larger – reserves since. (source)

Lots of other countries are rapidly buying up gold, too, including – Serbia, Greece, Ecuador, Mexico, Kazakhstan, Kyrgyzstan, and Tajikistan.

But reportedly no one is buying gold at a faster pace than Russia.

Back in August it was reported that:

Russia’s increase is the most dramatic, according to the recent report from the IMF. The Russian central bank has almost doubled its gold holdings within the last 5 years to 1,094.8 tonnes in June of this year. China’s Central Bank followed with an increase of 75% from its holdings in 2009.

The country has tripled its gold reserves since 2005 and is holding the most since at least 1993, IMF data show.

There is little doubt that gold plays a major factor in Russia’s posturing during a global showdown that involves proxy war and military tensions in the Ukraine, Syria, Iraq and other parts of the globe.

Moscow’s purchase of bullion and the assault on the bank can be seen as tactics of a single strategy designed to break the monopoly of the dollar. Gold is Russia’s hedge against that hegemony; it can’t be hacked.

More than that, Putin has been positioning his motherland to team up with China to solidify the emerging BRICS system which aims to thwart decades of Anglo financial dominance with a un-dollar currency system that will also include a development bank.

Russia’s response has been to buy gold and turn east, cementing deals with China and, it would seem, firing the opening salvos in a cyber currency war with the U.S. (source)

Warnings have sounded about a tipping of the global balance:

Russia is also increasing its gold reserves. China and Russia have been exchanging their U.S. dollar reserves and buying physical gold. Last year we speculated that this dynamic would create a shortage in gold leading to much higher prices. Russia and China now rank in the top ten countries by gold reserves.

With Russia now in what appears to be a currency war with the U.S., they may find a willing partner in China to create an alternative international financial system that does not rely upon or use the dollar. Irrespective of either country’s intentions, their physical gold buying sprees continue unabated. (source)

To that end, Russia has been amassing as much gold as possible, in a bid to outmaneuver its enemies in a silent economic war to hold onto its independence and further project its status.

Nearly every bit of gas and oil that Russia sells to neighbors in Europe and Asia is converted from dollars into gold reserves – and even with the collapsing oil price, that amount could still be staggering.

Many have pointed to the gold and oil trade off as Putin’s grand chess strategy:

Thus, the Western world, built on the hegemony of the petrodollar, is in a catastrophic situation. In which it cannot survive without oil and gas supplies from Russia. And Russia is now ready to sell its oil and gas to the West only in exchange for physical gold! The twist of Putin’s game is that the mechanism for the sale of Russian energy to the West only for gold now works regardless of whether the West agrees to pay for Russian oil and gas with its artificially cheap gold, or not.

If it ever comes to throwing down the gold and putting everyone’s cards on the table – ounce for ounce, and ton for ton, China and Russia will be major contenders in the global system, worthy of the kind of respect that equates both sovereignty and diplomatic power.

Keep in mind that China is also the world’s leading gold miner, producing more than 420 metric tons in 2013 numbers, with Russia ranked behind the U.S. as the fourth largest with 220 tons produced each year.

BRIC by BRIC a new system is being erected.

China has quietly declared war on the U.S. worthless dollar but can you blame them? They already have in place Chinese Yuan Swap facilities, which started the non U.S. dollar trade practice years ago. In 2012 China completed trade agreements with most nations they trade with called BRICS. They also have a BRIC Development Fund with a reported $200 billion already funding infrastructure needs and to deal with their toxic U.S. T Bonds. They will be busy replacing these bonds with gold and the chartered bank (Bank of China, Peoples Bank of China) will compete with the IMF and World Bank. (source)

The strings that come with IMF and World Bank loans give the U.S. and Europe leverage over developing countries, and thus, control. With a competing development bank, China and Russia will literally be building the infrastructure for growing global control.

The elephant in the room of this entire affair is, of course, the United States. Ostensibly, they are far and away the world’s largest holder of gold, officially holding more than 8,000 tons of gold, and further housing thousands of tons of gold for various allies – especially in Europe.

However, very serious speculation has arisen about the veracity of U.S. claims to gold possession. No audit has taken place of Fort Knox, where the gold is held, since the Eisenhower administration, and many believe that significant portions have been lent or sold on the market to meet other obligations. Conventional wisdom, touted by such official mouthpieces as CBS, asserts that despite lacking confirmation of this gold through an audit, the question of who holds the gold just doesn’t matter anymore:

Fort Knox began losing its luster when the United States went off the gold standard in 1971. Before that, gold bars packed into a secure vault gave people faith in the country’s currency. Today, however, Fort Knox’s gold is now an asset on the Federal Reserve’s balance sheet, not a key part of our monetary system.

With decades of the U.S. dominating world finance through the petrodollar, no one was in a position to demand answers to this plaguing question, including the European nations with substantial deposits there.

However, things have changed since the 2008 financial crisis. The petrodollar is fading, and with it, American hegemony. Numerous European countries are now demanding, politely or not, to repatriate their gold.

For Germany, it has become an important question economically as well as politically. Nominally, it is the world’s second wealthiest in gold reserves, with more than 3,300 tons. However, the vast majority of its holdings have been kept in New York and London, due to post-World War II spheres of influence in Europe. With worries about the future of global economics, and a keen eye on the demise of the dollar, Germany has become decisive about keeping its gold closer to home.

Despite a 2012 decision in Germany to repatriate more than 600 tons of gold being held by the New York Federal Reserve, only 5 tons had actually been transferred across the Atlantic at the start of 2014, with the Bundesbank reassuring the German people that all is well, despite delays in the process.

Was their gold actually there, or have the delays been due to the need to buy back physical gold to meet demands on their ‘call’?

While this remains officially unclear, a fresh report yesterday claimed that Germany’s gold repatriation was still underway, and supposedly ‘on schedule’:

“The Bundesbank successfully continued and further stepped up its transfers of gold,” the central bank said in a statement.

“In 2014, 120 tonnes of gold were transferred to Frankfurt from storage locations abroad: 35 tonnes from Paris and 85 tonnes from New York.”

Under the Bundesbank’s new gold storage plan in 2013, it decided to bring back 674 tonnes from abroad by 2020 and store half of its gold in its own vaults.

The Dutch were apparently more successful in quickly repatriating some 122 tons of gold from the New York Fed back in November: