15 Signs The Charlie Hebdo Attack Was A False Flag

by Brandon Tuberville, Activist Post In the aftermath of the Charlie Hebdo massacre and as more and more information comes to light surrounding the details of the attacks as well as the connections between the perpetrators, groups, and NATO-based intelligence agencies, the suggestion that the attacks were, in reality, of the false flag nature, is being proven more and more valid by the hour. As is to be expected, the xenophobic pro-war right is using the attack as an example of how all Muslims are terrorists and how their total annihilation and implementation of police state tactics are the only solution. On the one hand, the pathetic left-wing attempts to blame the victim for incitement and focuses on the need to become more politically correct, self-censoring, and linguistically minimal. The vast majority in the middle, however, believe the official mainstream version of events, quake in their boots, and move on to the next form of entertainment provided to them by the culture creators without a second thought. 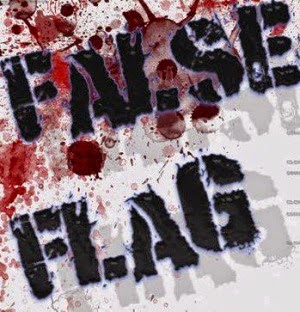 Yet, as is almost always the case, there is much more to the story than is being reported by mainstream outlets. There exist a number of questionable details regarding the Charlie Hebdo attack, as well as the relatively open control over terrorist groups and Islamic jihadists by the French intelligence apparatus, the US, and NATO. While random acts of violence certainly do occur – some motivated by religious extremism and some not – it is important to examine all of the facts surrounding these acts before coming to a judgment regarding the nature of them. We cannot simply engage in knee-jerk reactions labeling every act of violence as a “false flag” yet we cannot ignore the history of such acts and the prevalence of false flags in recent times. However, as the evidence surrounding the Charlie Hebdo massacre and the concurrent Kosher grocery store attacks comes to light, we are presented with the distinct possibility that these acts are not of the “lone wolf” variety but that they were indeed carefully coordinated false flag incidents. Below are a number of reasons that the Charlie Hebdo and Kosher grocery store attacks are most likely false flag attacks, thus putting the responsibility and guilt for their deployment on the backs of French intelligence and their counterparts in the UK, US, and NATO structure. 1.) The suspects had traveled to Syria in order to fight against the secular government of Bashar al-Assad.

Both Cherif and Said Kouachi were veterans of the NATO/Western-backed invasion of terrorist proxies fighting against the Assad government. Not only was Cherif arrested in 2005 and sentenced to 3 years in prison for attempting to join jihadists fighting in Iraq, but he and his brother eventually made their way to fight in Syria alongside the same terrorist networks being armed, funded, trained, and directed by the United States, UK, France, and NATO. The Kouachi connection to terrorist networks and jihadist forces fighting inside Syria thus put the likelihood of they and their acts being entirely controlled by the United States, UK, France, and the rest of NATO at much higher odds due to the fact that these terrorist networks are entirely controlled by Western intelligence agencies.[1]

2.) France itself is responsible for arming, training, and directing the very terrorist organizations fighting against the secular government of Bashar al-Assad.

If the attackers were indeed members of one of the myriad terrorist groups documented to be under the direction and control of Western powers, France itself is to be implicated in the cause and execution of the attacks. As Tony Cartalucci of Land Destroyer Report writes in his own article, “France Armed Terrorists That Struck Paris,”

France, as part of a NATO-led coalition, has been arming, funding, aiding, and otherwise perpetuating Al Qaeda terrorists for years, beginning, on record in Libya with the overthrow of Libyan leader Muammar Gaddafi and continuing until today with NATO’s arming, harboring, and backing of Al Qaeda terrorists including the so-called “Islamic State” (ISIS) within and along Syria’s borders.

With the recent attack in Paris likely the work of the very terrorists France has been arming and backing across North Africa and the Middle East, the French government itself stands responsible, guilty of the continued material support of a terrorist organization that has now killed French citizens, including two police officers, not only on French soil, but within the French capital itself.

In his article “Timeline: Where’d Paris Shooters Get Their Weapons?” Cartalucci also provides a timeline of assistance, aid, and arms provided to Islamic terrorists since 2011. He writes,

A French military spokesman, Colonel Thierry Burkhard, said it had provided “light arms such as assault rifles” for civilian communities to “protect themselves against Col Gaddafi”.

But the decision to arm the rebels is a further move towards direct involvement in the land war on top of the air war against Col Muammar Gaddafi. The Nafusa rebels have come closest to breaking through to Tripoli itself of any of the front lines of the conflict, while three months of Nato bombing have failed to dislodge Col Gaddafi from power.

Abdel-Hakim al-Hasidi, the Libyan rebel leader, has said jihadists who fought against allied troops in Iraq are on the front lines of the battle against Muammar Gaddafi’s regime.

2012 – France to push for arming Syria’s opposition coalition, the BBC:

France’s foreign minister has said he will discuss supplying arms to the Syrian opposition coalition with European partners.

The government plans to push for a relaxation of the EU arms embargo to Syria to enable “defensive arms” to reach opposition fighters.

France and Britain have moved a step closer to arming the opposition to the Assad regime in a radical move aimed at tipping the balance in the two-year civil war while also ignoring European policy on Syria.

The French president, François Hollande, went into an EU summit in Brussels with a dramatic appeal for Europe to join Paris and London in lifting a European arms embargo, but the sudden policy shift was certain to run into stiff German opposition.

A Syrian rebel group’s April pledge of allegiance to al-Qaeda’s replacement for Osama bin Laden suggests that the terrorist group’s influence is not waning and that it may take a greater role in the Western-backed fight to topple Syrian President Bashar Assad.
Continue Reading>>>