Charlie Hebdo is NOT about Freedom of Speech; it’s about inciting World War 3

The Right of FREE SPEECH has been warped and perverted beyond belief, especially for those who understand the notion of
Dharma or Righteousness.

For those very few individuals who were born with the correct understanding of Free Speech, this missive is certainly not for them.

For the vast majority who populate the overly permissive democracies of the world, and who obviously have no understanding about the highly significant implications of Free Speech, you had better read on.

The fatal attack on the Charlie Hebdo newspaper offices in Paris has provided a HUGE wakeup call to the global village.  Of course, many have used the occasion to give justification to the complete opposite message of which the Universe intended to deliver by this shocking episode of violence.

People are now ignorantly marching in favor of supporting one person’s right to profoundly disrespect another person’s religion and/or their religious figureheads.  This is utter madness.  And the people operating under the such a spell of delusion and deception simply have no clue. 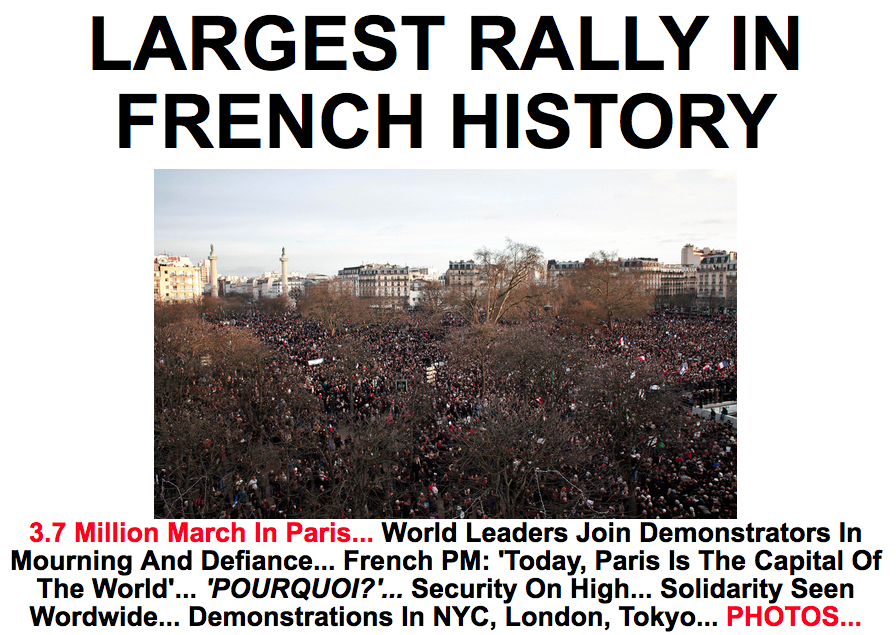 No clue?  No clue about what?

Freedom of Speech does not confer the right on any individual under the sun to simply say or write whatever he or she wants to.  Oh, yes, he or she can do it alright.  They can write till their hearts content and scream their thoughts to the world from the biggest platform on the internet.

They can rail against this and rail against that.  They can mock and ridicule anything they want to.  They can spread their hate and show off their bigotry on every street corner.  Simply put, they can articulate their scorn and express their utter disdain for everything in Creation.

And this is one of those deeply serious “HOWEVERs”.

When a human being releases those words into the ethers, there will always be a cause and effect.  There will always be a reaction — positive or negative — and sometimes seemingly neutral from those expressions, verbal or otherwise, especially when they have been made public in a big way. It doesn’t matter whether those communications are vocalized utterances or digital writings, colorful drawings or sculptural renditions, bathroom wall graffiti or newspaper cartoons.

Speech, and writing, can have major consequences, and far-reaching ramifications, both good and bad.  And the only way to guarantee the good is to use forms of expression that are respectful and non-offensive … to everyone concerned.  The greater we depart from that simple moral code the more karmic blowback we can expect.

Does anyone really expect that you can can say or write anything you want without consequences?

What total mass delusion such an incorrect understanding truly is — that you can say or write anything you want!  Millions have been manipulated to march in the interest of shredding other peoples’ religions, their religious practices as well as their deities and saints.  They have been somehow deceived to believe that this is the way the Universe really works???  Like that’s okay!

Some actually believe that it’s perfectly okay to depict the religious figureheads of the world’s major religions IN THE MOST VILE pictorial representations imaginable.  They really seem to think that this behavior is acceptable.  It’s their right of Free Speech!

No, that’s not Free Speech!

With the right of Free Speech comes a tremendous degree of personal responsibility.  An awesome amount of personal accountability accompanies the freedom of speech, as a matter of natural law.  Do you get it yet?

You speak it, or write it; you own it.  And, you had better accept the results of your actions.  Because if you don’t, each subsequent foray into the world of utterance or writing will produce a greater and more dramatic episode of karmic blowback.  Got it? 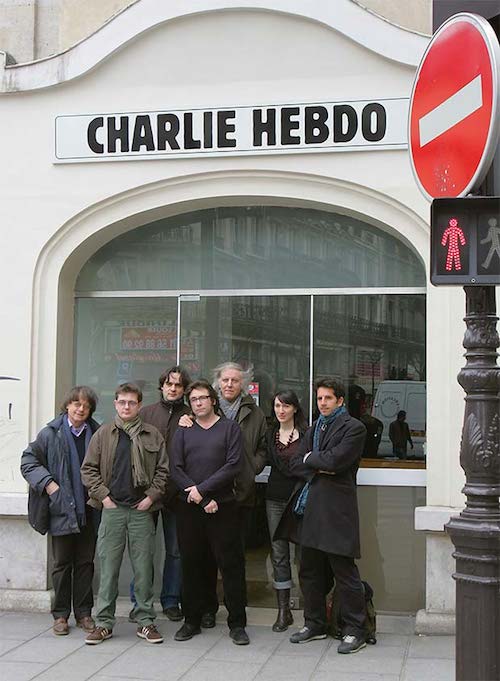 Who are the terrorists who incited in the Paris terror event?

No, you don’t?  Welcome to the Charlie Hebdo catastrophe!

Surely this was a disaster which those folks brought upon themselves.  NO, No, no … we’re not justifying any type of violent response to those odious cartoons.  We’re just sayin’ that those cartoonists really screwed up BIG TIME after being warned over many years — by the Universe itself.  What was the universal message?  Don’t disrespect another’s religion! Is that so difficult to understand?  If it is for certain folks, they had better stay away from newspaper offices which pride themselves on such despicable cartooning and lampooning.

Every one of those involved at Charlie Hebdo in the production of such profoundly disrespectful cartoons, mocking all that Islam holds sacred, were on the receiving end of a desperately needed wake-up call.  The messenger really makes no difference, as GOD often writes straight with very crooked lines.  As for the message, well, when its delivered by an invisible 4 by 4 upside the head you know its an important one, yes?!

So, let’s talk about what Free Speech is NOT … categorically NOT.

Deliberately and deeply offending the sensibilities of others through racial, religious, philosophical, spiritual, political, and national deprecations, which are at once vile and hateful, repugnant and revolting, is not exercising your God-given right of Free Speech.

This “Law of the Land”, also known as DHARMA* in the East, is particularly operative when using a public platform like the internet.  Especially because the reach and, therefore, the damage can be so much more harmful and extensive.