Who Is Behind The Oil War, And How Low Will The Price Of Crude Go In 2015?

Who Is Behind The Oil War, And How Low Will The Price Of Crude Go In 2015? by Michael Snyder, The Economic Collapse Blog:

Who is to blame for the staggering collapse of the price of oil?  Is it the Saudis?  Is it the United States?  Are Saudi Arabia and the U.S. government working together to hurt Russia?  And if this oil war continues, how far will the price of oil end up falling in 2015?  As you will see below, some analysts believe that it could ultimately go below 20 dollars a barrel.  If we see anything even close to that, the U.S. economy could lose millions of good paying jobs, billions of dollars of energy bonds could default and we could see trillions of dollars of derivatives related to the energy industry implode.  The global financial system is already extremely vulnerable, and purposely causing the price of oil to crash is one of the most deflationary things that you could possibly do.  Whoever is behind this oil war is playing with fire, and by the end of this coming year the entire planet could be dealing with the consequences.

Ever since the price of oil started falling, people have been pointing fingers at the Saudis.  And without a doubt, the Saudis have manipulated the price of oil before in order to achieve geopolitical goals.  The following is an excerpt from a recent article by Andrew Topf… 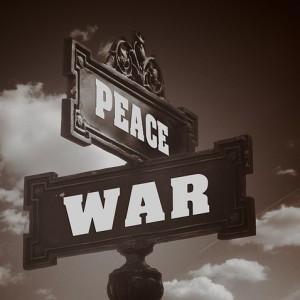 We don’t have to look too far back in history to see Saudi Arabia, the world’s largest oil exporter and producer, using the oil price to achieve its foreign policy objectives. In 1973, Egyptian President Anwar Sadat convinced Saudi King Faisal to cut production and raise prices, then to go as far as embargoing oil exports, all with the goal of punishing the United States for supporting Israel against the Arab states. It worked. The “oil price shock” quadrupled prices.

It happened again in 1986, when Saudi Arabia-led OPEC allowed prices to drop precipitously, and then in 1990, when the Saudis sent prices plummeting as a way of taking out Russia, which was seen as a threat to their oil supremacy. In 1998, they succeeded. When the oil price was halved from $25 to $12, Russia defaulted on its debt.

The Saudis and other OPEC members have, of course, used the oil price for the obverse effect, that is, suppressing production to keep prices artificially high and member states swimming in “petrodollars”. In 2008, oil peaked at $147 a barrel.

Turning to the current price drop, the Saudis and OPEC have a vested interest in taking out higher-cost competitors, such as US shale oil producers, who will certainly be hurt by the lower price. Even before the price drop, the Saudis were selling their oil to China at a discount. OPEC’s refusal on Nov. 27 to cut production seemed like the baldest evidence yet that the oil price drop was really an oil price war between Saudi Arabia and the US.

If the Saudis wanted to stabilize the price of oil, they could do that immediately by announcing a production cutback.

The fact that they have chosen not to do this says volumes.

In addition to wanting to harm U.S. shale producers, some believe that the Saudis are determined to crush Iran.  This next excerpt comes from a recent Daily Mail article…

Above all, Saudi Arabia and its Gulf allies see Iran — a bitter religious and political opponent — as their main regional adversary.

They know that Iran, dominated by the Shia Muslim sect, supports a resentful underclass of more than a million under-privileged and angry Shia people living in the gulf peninsula — a potential uprising waiting to happen against the Saudi regime.

The Saudis, who are overwhelmingly Sunni Muslims, also loathe the way Iran supports President Assad’s regime in Syria — with which the Iranians have a religious affiliation. They also know that Iran, its economy plagued by corruption and crippled by Western sanctions, desperately needs the oil price to rise. And they have no intention of helping out.

The fact is that the Saudis remain in a strong position because oil is cheap to produce there, and the country has such vast reserves. It can withstand a year — or three — of low oil prices.

There are others out there that are fully convinced that the Saudis and the U.S. are actually colluding to drive down the price of oil, and that their real goal is to destroy Russia.